US Attorney Peter Strasser resigning at the end of the month

In an exclusive interview with WWL-TV, Strasser said he has already submitted his letter of resignation, effective Sunday. 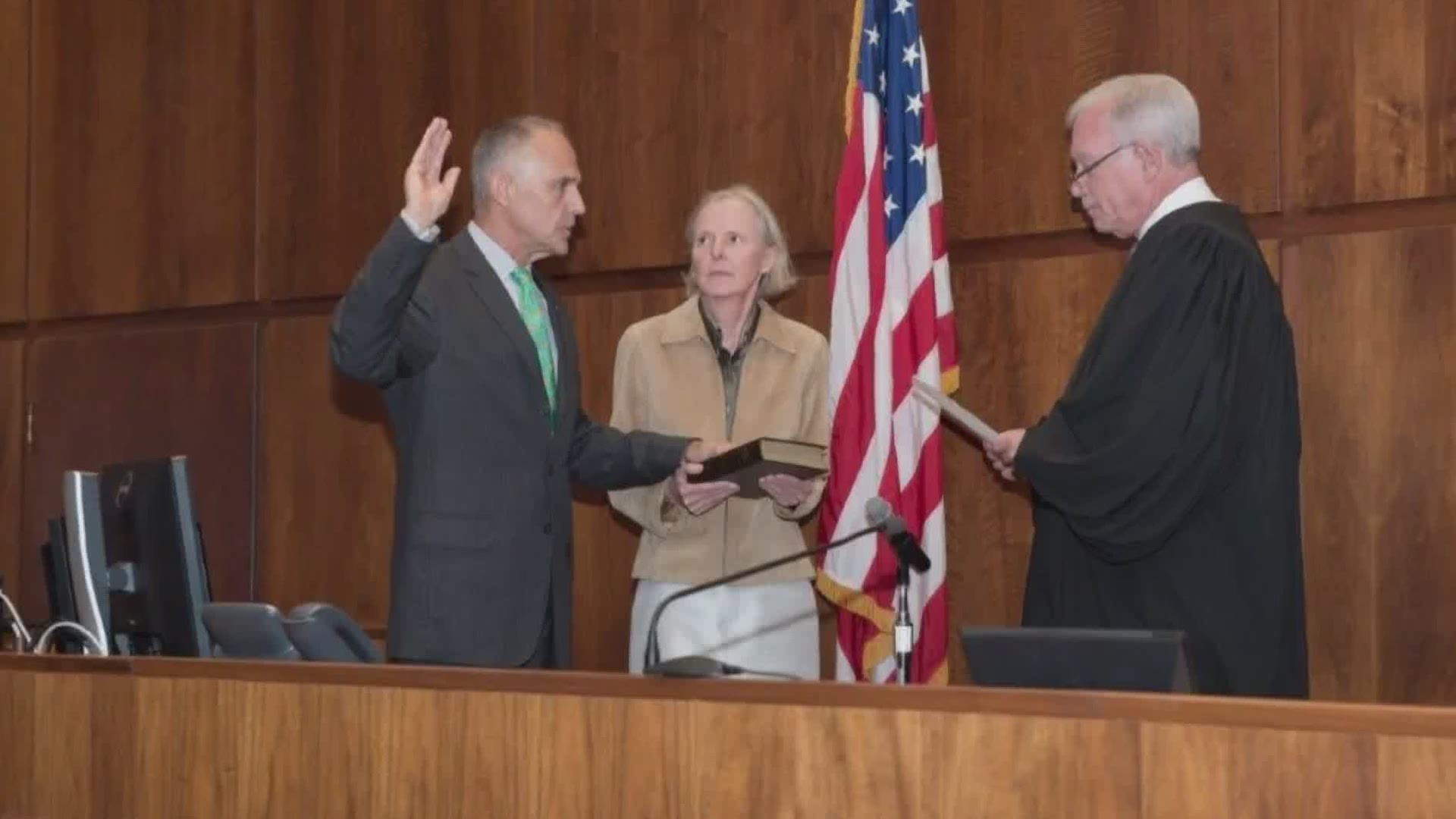 NEW ORLEANS — It's not surprising, but now it's official.

With a change of administration in the White House, Peter Strasser will no longer be the U.S. Attorney for the Eastern District of Louisiana.

In an exclusive interview with WWL-TV, Strasser said he has already submitted his letter of resignation, effective Sunday.

“It's pretty normal that with the change of administration comes a change in the offices that are politically appointed,” he said in a Zoom interview from his office on Poydras Street.

While Strasser's two-and-a-half years as the Eastern District of Louisiana’s chief federal prosecutor was hampered by nearly a year under pandemic restrictions, he expressed pride in a number of cases, from the illegal sale of box turtles to other more obscure environmental prosecutions.

Among the more high-profile cases he shepherded was the fraud case that netted guilty pleas from Grammy-winning trumpeter Irvin Mayfield and his business partner Ronald Markham.

“They took advantage of their own fame and they parlayed that into a theft, for lack of a better word. So that is basically the essence of the art of the confidence man,” Strasser said.

Another major and ongoing case overseen by Strasser has been the subject of WWL-TV’s “Highway Robbery” investigative series into highway truck accidents staged for insurance fraud. While 33 people have been indicted and 13 have pleaded guilty, Strasser admitted that the case has been hampered by the murder of a key defendant. The defendant, Cornelius Garrison, had been cooperated with federal authorities at the time of his murder in September.

“As you know, we were dealt a large setback by the targeted murder of one of our defendants,” Strasser said. “

But Strasser also made this bold prediction about the killer

“I won't be around to oversee it, but I believe that person will be apprehended,” he said. “And when that day comes, this case will take on a new twist.”

Strasser said he’s not ready to announce what he'll be doing next, but said, he did have something lined up and it will be “new and different.” While Strasser was an attorney in private practice before being tapped for he post, he also is a Navy veteran and spent 18 years as an assistant U.S. Attorney from 1984 to 2000.

The office said the announcement of an Acting U.S. Attorney to replace Strasser will be handled by the Department of Justice.