Simone Landrum felt like her doctor was brushing off her concerns. About 8 months into her pregnancy, she was feeling even worse. 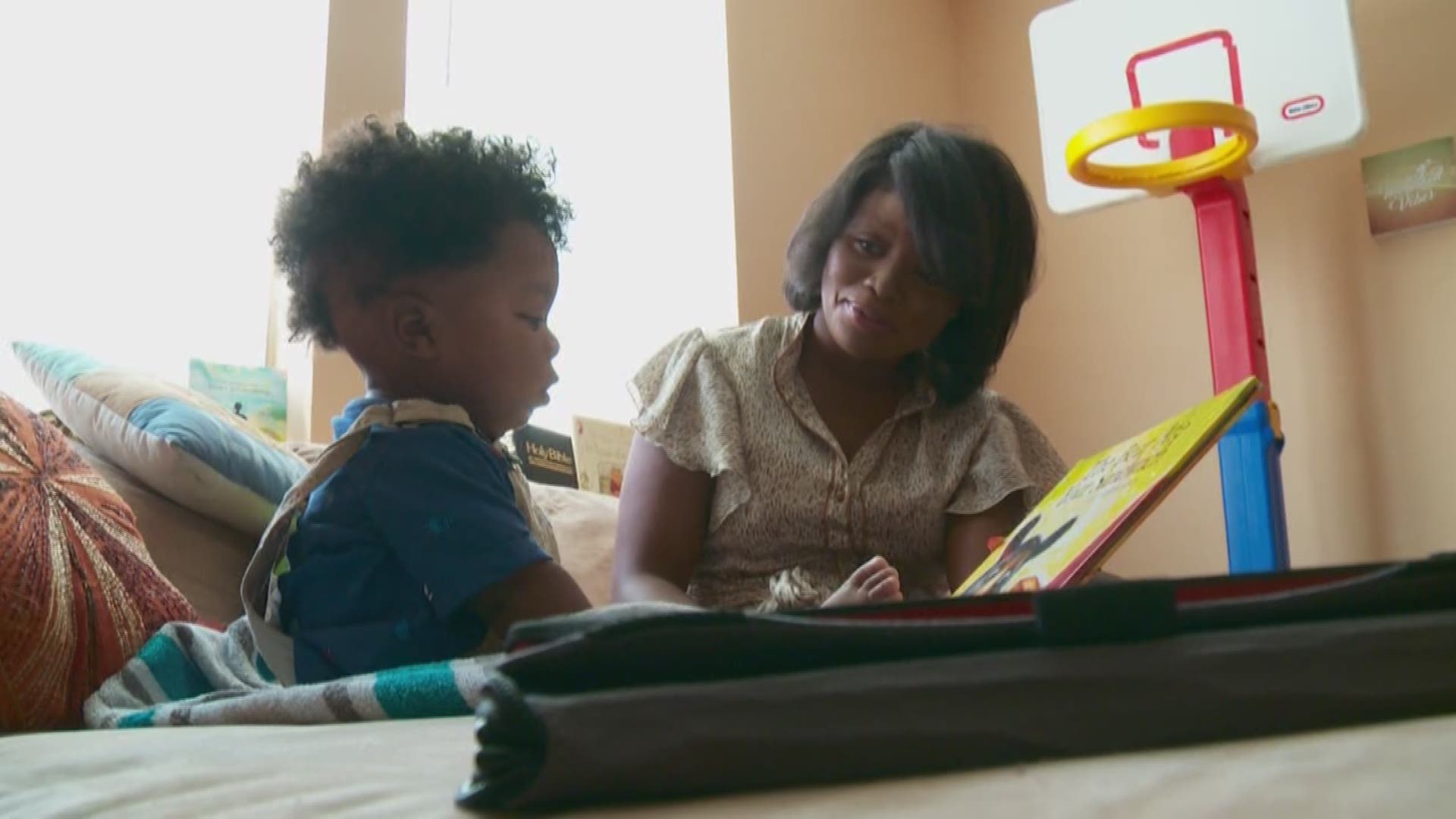 This story is a part one of WWL-TV Eyewitness News' investigative series into mother mortality in Louisiana and across the United States. Click here to read part two.

Landrum already had two boys, but three months into her pregnancy, she realized that this time was very different from her first two.

"I started to feel really bad cramps and pains and started having headaches a lot," Landrum said. "I remember telling my doctor about it. He told me to just take Tylenol."

Landrum felt like her doctor was brushing off her concerns. About 8 months into her pregnancy, she was feeling even worse. Her doctor told her that her blood pressure was high and that she needed to rest. He sent her home.

Two days later, the pain came back. This time she was bleeding.

"I got to the hospital and they sat me on a stretcher, and it just kept coming down. It felt like gallons and gallons. And I was like 'O.M.G. hurry up. I'm bleeding. I'm bleeding,'" Landrum said.

She was only worried about her baby.

Landrum's baby girl was dead, and doctors told her that her life was also in danger. She underwent an emergency C-section and was told that she had lost the baby because she had an abruption due to her preeclampsia.

That was the first time she heard about the condition.

"They was like honey you been sick," Landrum says the nurses told her.

► RELATED: 'A river of blood:' A mom describes her near-death experience in the delivery room

Landrum is not alone

Landrum's story is heartbreaking and tragic, and unfortunately, data shows she is not the only mother who has been through a traumatic birthing experience.

A national USA Today investigation called the United States "the most dangerous place" to give birth in the developed world. The Global Burden of Disease Study in 2015 reported that there are 26 mothers who die for every 100,000 births in the United States. That can be compared to 9 mothers in the United Kingdom, 7 in Canada and 4 in Italy, Sweden and Denmark.

► Deadly Deliveries: Hospitals know how to protect mothers. They're just aren't doing it.

According to the Center for Disease Control, nearly 700 mothers die each year during or after childbirth, and another 50,000 are severely injured.

Simone is lucky to be alive.

Black mothers are 3.5x more likely to die from pregnancy

"Simone's experience is not one that is unique to Simone. There are many women who face the same challenges as Simone. Many black women every day," Frankie Robertson said.

Robertson is the Regional Director for Advocacy and Government Affairs with the March of Dimes. She says race is a major factor for mothers dying during childbirth.

The CDC found that black mothers are 3-4 times more likely to die from pregnancy related issues even when they have higher incomes, more education, and better prenatal care than their white counterparts. We explore why... tonight at 10pm on @wwltv #channel4 pic.twitter.com/ruxpyvniuR

Eyewitness News dug into the data and found that black women are 3.5 times more likely to die from pregnancy-related issues that white women.

►RELATED: Why childbirth is a death sentence for many black moms

"We're talking about systemic racism or structural racism. That looks like access being denied to basic resources. Resources that are not afforded to you because of your skin color," Robertson said.

Robertson said society is not doing a good job of providing equal access to resources for all races. Black mothers generally have less access to health care, proper nutrition, housing and transportation.

"All of those issues can have an impact on the overall health of women and overall can impact a woman's ability to have a healthy pregnancy," Robertson said. "As a white woman, socioeconomic status tends to create better birth outcomes."

But the lack of access to resources still does not completely explain why black mothers are more likely to die.

►RELATED: American moms are dying in childbirth. What you can do about it

It is not all about education or income

Robertson points to the mothers' race as the explanation to that disparity.

Other studies have shown that medical providers can have racial biases towards parents. One U.S. Senator is already working to address the issue.

"March of Dimes is in support of Senator Kamala Harris' bill. In her legislation, one of the two objectives is to provide training to obstetrics providers to avoid making race-based decisions in delivering their care," Robertson said.

►RELATED: She couldn't wait to be a mom, but now her twins will never know her

When medical providers have a bias, they may not take a certain patient's complaints seriously. As a result, those doctors might not prescribe proper treatment for medical issues like hypertension, which Landrum was suffering with.

'I was scared to try again. I could have died again'

Landrum is trying to move forward from the life-threatening experience. She has since had another baby - a boy named Kingston.

She says she will never forget what happened to her. She felt judged. ignored, and she thought the people around her belittled her trauma.

Landrum wants to make sure that no other woman goes through what she went through.

"I just pray and hope that these doctors pay attention to women. Not just black women, but all women. We matter. Our families matter."