She did everything right, but her pregnancy still almost ended tragically

Ariel Wilson went to all of her prenatal appointments and even switched hospitals because she wasn't happy with the service. She was healthy for most of her pregnancy, but in her third-trimester things took a turn for the worse. 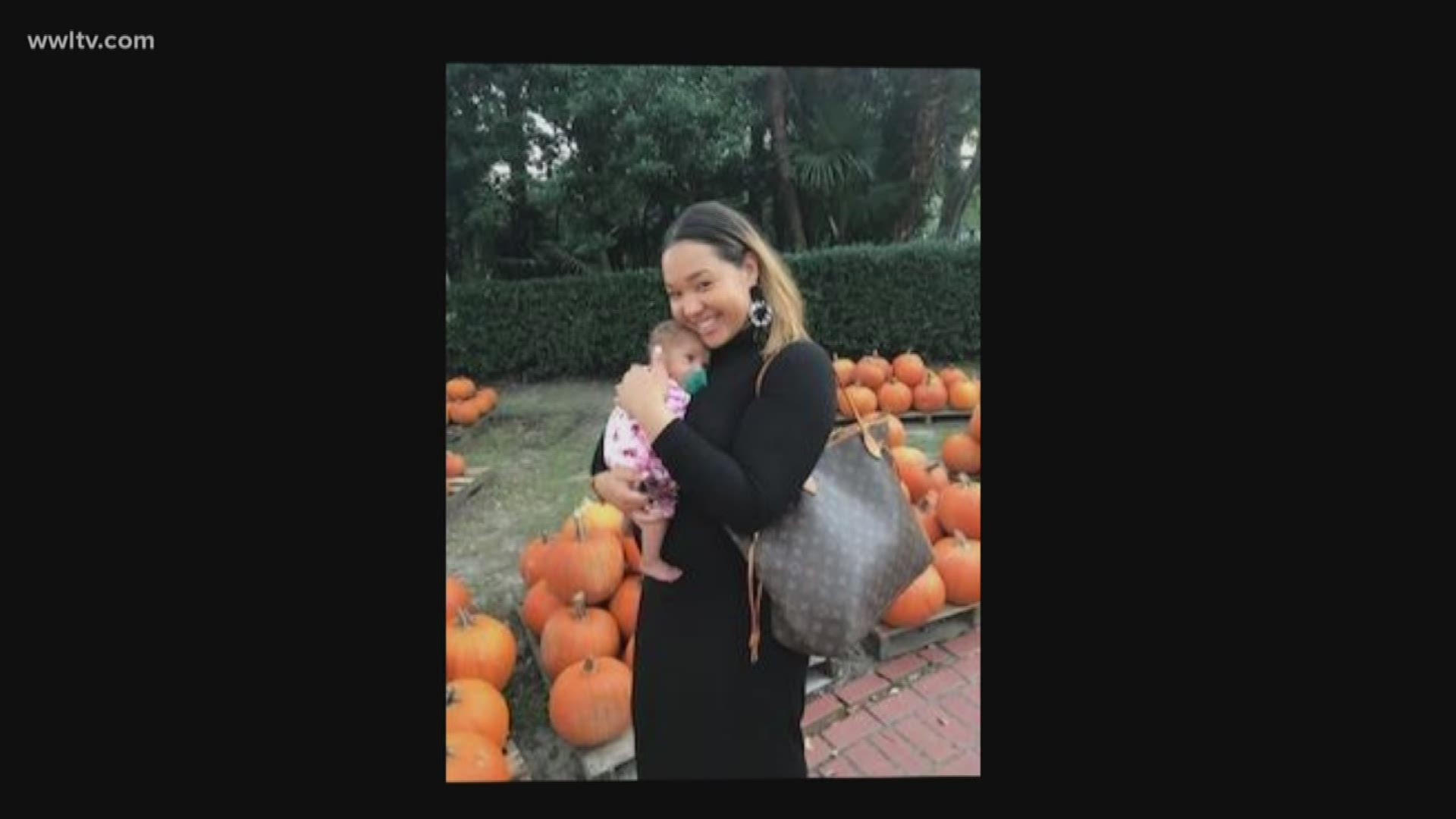 NEW ORLEANS - In December 2017, Ariel Wilson was expecting her first child and trying her best to do everything right.

"I was reading every pregnancy book, going online and researching things- just so I could have a good pregnancy," Wilson said.

She went to all of her prenatal appointments and even switched hospitals because she wasn't happy with the service she was getting at her first few appointments. She finally found a doctor who made her feel comfortable.

►RELATED: Doctor's brushed off her concerns. Months later, a New Orleans mom lost her daughter and nearly her life.

"My doctor was amazing," Wilson said. "In fact, every doctor's visit I had a pristine visit. Nothing was wrong."

Wilson was healthy for most of her pregnancy. But in her third trimester, things took a turn for the worse.

'When I looked down, there was a puddle of blood.'

"I just started feeling lethargic- cramping in my stomach. I didn't know what was going on,

she said. "When I looked down, there was a puddle of blood."

Wilson was rushed to the hospital where doctors told her that her blood pressure was too high. She said her body started to shake uncontrollably.

"One of the nurses told me, 'I know a lot is going on right now, but you are about to have an emergency C-section. You are going to have your baby today,'" Wilson recalled.

► RELATED: 'A river of blood:' A mom describes her near-death experience in the delivery room

'In the nick of time'

"The doctor came up to me afterward and was like, 'It was like the nick of time,'" Wilson said.

Wilson was told that she suffered from an abruption - which means that her placenta had separated from her uterus too early. She also had preeclampsia, a condition in pregnant women marked by high blood pressure.

Wilson is one of 50,000 women who come near death while giving birth every year, according to data from the Center for Disease Control. Another 700 women die each year in the United States as a result of pregnancy or delivery complications. 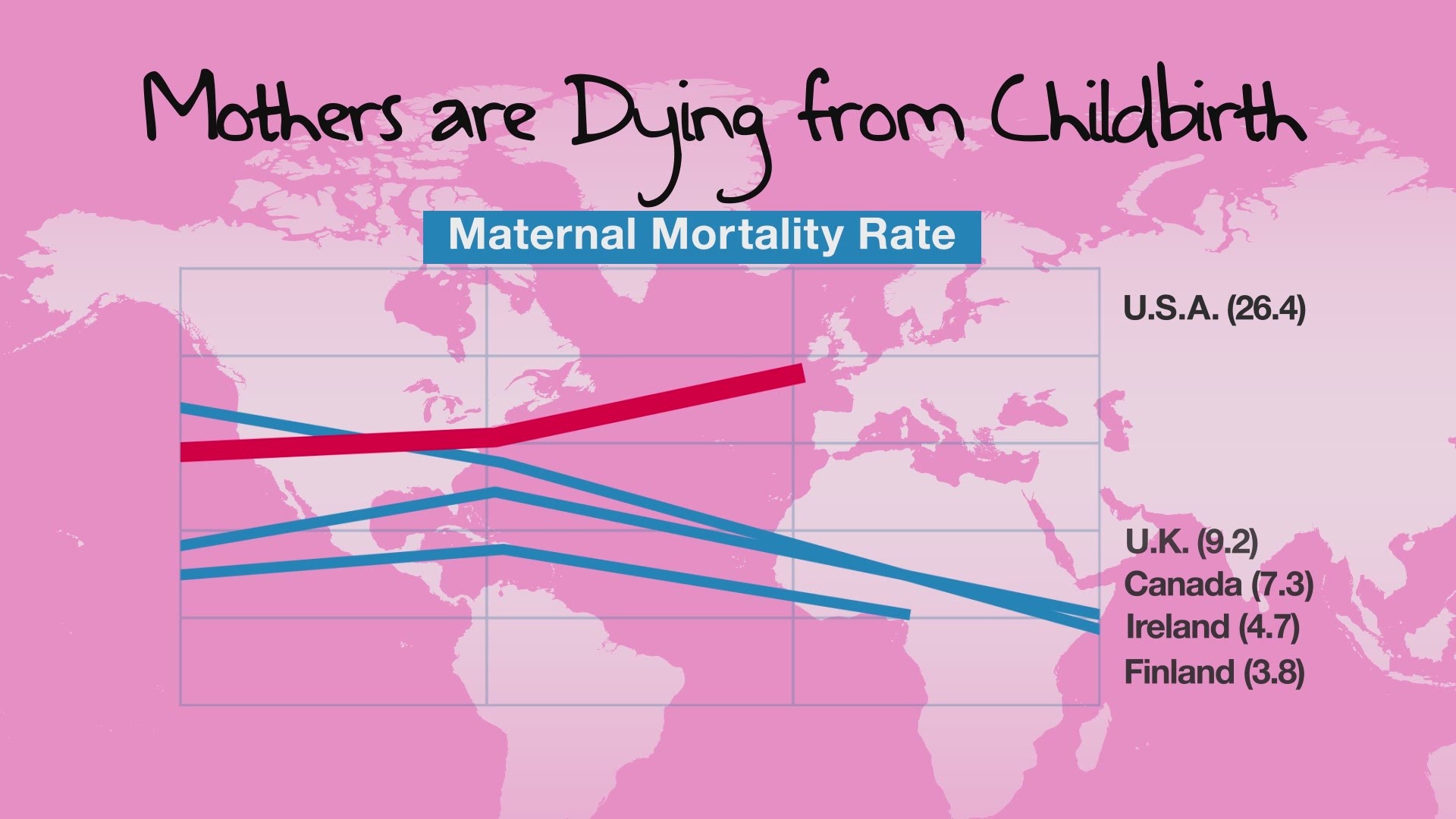 A national USA Today investigation called the United States "the most dangerous place" to give birth in the developed world. The Global Burden of Disease Study in 2015 reported that there are 26 mothers who die for every 100,000 births in the United States. That can be compared to 9 mothers in the United Kingdom, 7 in Canada and 4 in Italy, Sweden and Denmark.

"We are the only industrialized nation in the world where our numbers of women dying in childbirth are going up instead of down," Dr. Joia Crear-Perry said. She is the president and founder of the National Birth Equity Collaborative that was created to support black mothers and babies.

Data compiled by the Louisiana Department of Health show that black mothers die 3-4 times the rate of white women.

►RELATED: Why childbirth is a death sentence for many black moms 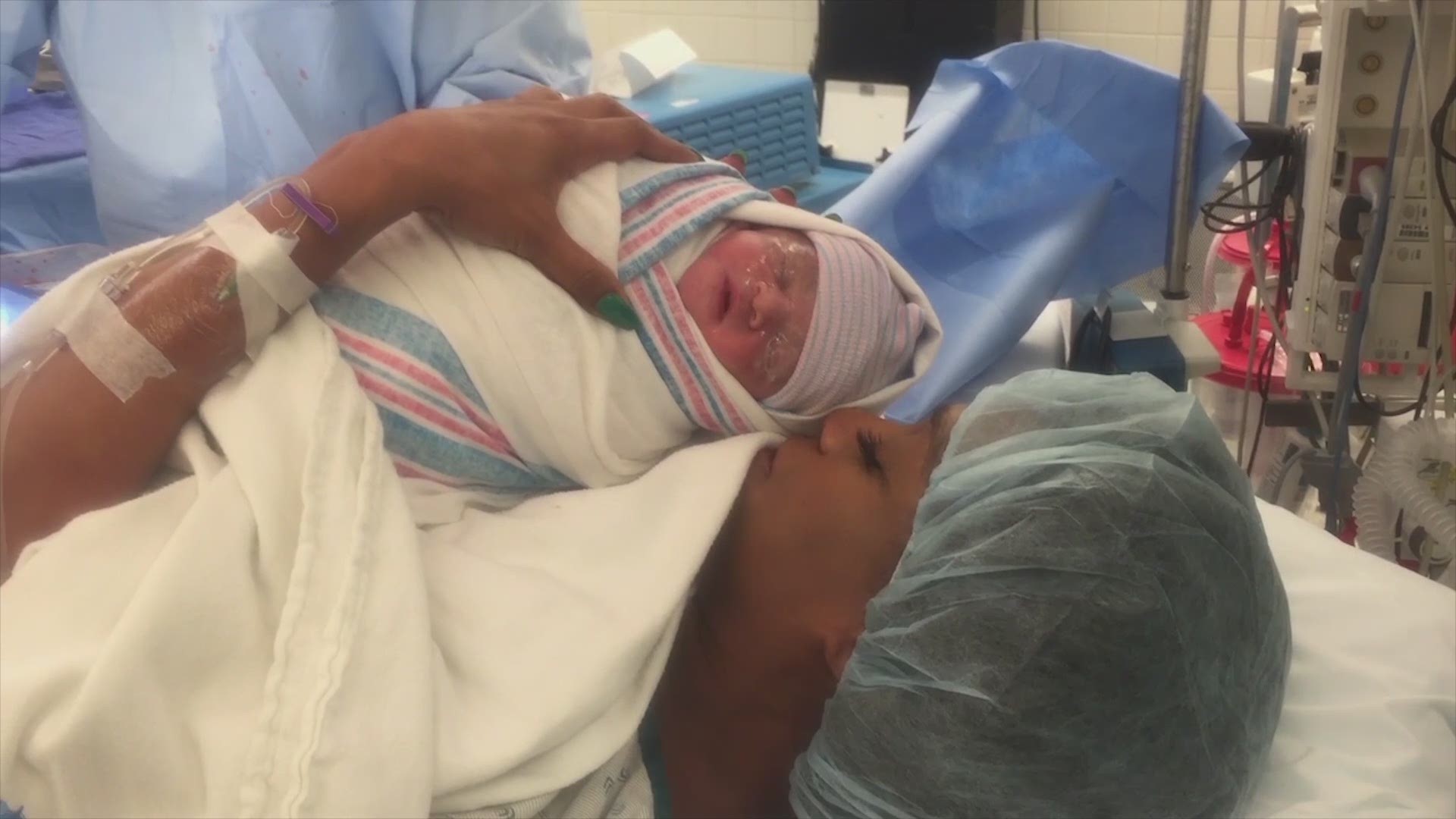 "You would think that a woman, regardless of race, could just have a baby without any issues," Wilson said.

"Louisiana has poor health outcomes compared to the rest of the nation. By and large, those are due to poverty, 40% live 200% below poverty," Dr. Rebekah Gee, Secretary of the Louisiana Department of Health, said.

The poor have less access to resources, which often leads to unhealthy lifestyles- putting black women at a greater risk.

But poverty does not fully account for the massive disparity in maternal deaths between white and black women. Dr. Gee says race is a contributing factor to poorer outcomes in pregnancy across all income levels.

Dr. Crear-Perry said when looking at infant and maternal death, on average a white woman with an eighth-grade education still has a better outcome than a black woman with greater than a college degree.

"A black woman who initiates prenatal care within the first three months of being pregnant is still more likely to have a poorer outcome than a white woman who has late or no prenatal care," Dr. Crear-Perry said.

What is causing this racial divide?

If black mothers are not dying from a lack of income, education or prenatal care, what is causing their deaths? Dr. Crear-Perry points to racism.

Even though black women may not always be actively thinking about the discrimination they face in America, studies show it can take a toll on their bodies.

"To not be the angry mad black woman and to be professional, mentally and emotionally you really have to subdue-water down your emotions and your feelings," Wilson said. "It can be stressful, and we don't think about it."

►RELATED: She couldn't wait to be a mom, but now her twins will never know her

"When you are black in this country and you have interpersonal racism attacking you, your body is fighting to survive so you are more likely to miscarry and have hypertension," Dr. Crear- Perry said.

"I never thought that would be a problem - not a long-term issue to affect my pregnancy," Wilson said.

Dr. Crear-Perry also points to studies that show that medical providers can have a bias towards their patients.

"If we are treated poorly, and seen as less valuable and not heard, when we get in the hospital, then things happen. Like we say we are having chest pain and it doesn't get evaluated," Dr. Crear-Perry says.

► Deadly Deliveries: Hospitals know how to protect mothers. They're just aren't doing it.

Dr. Crear-Perry says she hopes that medical providers and society can step up to make sure people like Wilson, who did everything right, can still have healthy pregnancies.

"I was doing everything to make it work and make it a successful thing. It was just scary that it almost didn't happen," Wilson said.

►RELATED: American moms are dying in childbirth. What you can do about it