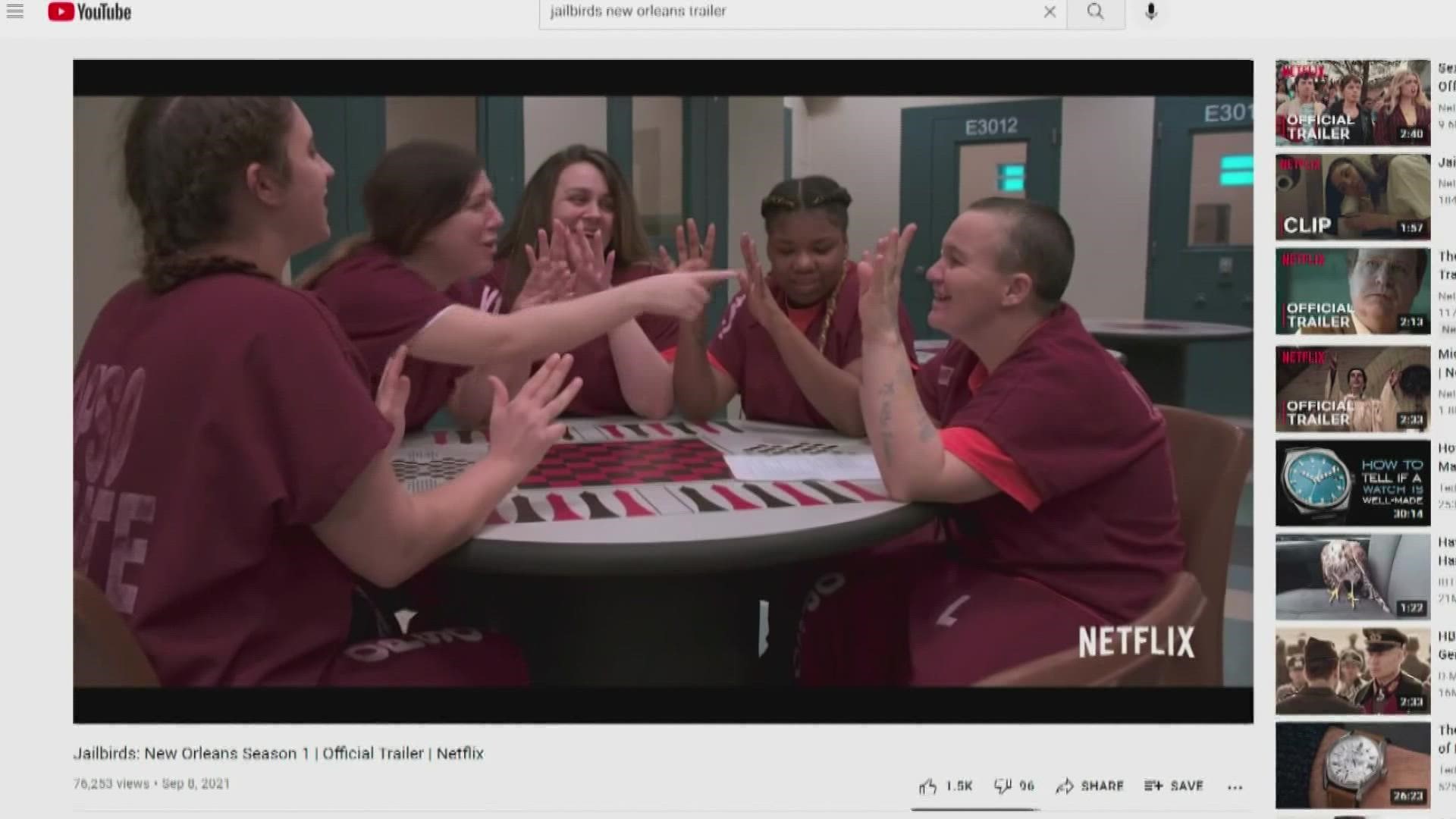 NEW ORLEANS — In 2013, people were shocked clandestinely filmed video from inside of Orleans Parish Prison, showing inmates with alcohol, drugs even a gun. Today, the jail is under a federal consent decree, partly because of the shocking conditions revealed in that 2013 viral video known as “OPP Gone Wild.”

Yet today, Netflix is airing a three-part reality show capturing the women’s side of the jail, all shot with permission of Sheriff Marlin Gusman.

“How do you have time and energy and space to turn the jail into a circus?” asked inmate advocate Bruce Reilly, deputy director of Voice of the Experienced.

“It's being done by someone who really just wants to profit off your pain,” he said. “And the sheriff is party to that.”

A letter was sent last month to the City Council by 14 different groups, including the ACLU and Orleans Public Defenders Office, asking the council to find out how the jail could allow filming without consent of the inmates' attorneys. And now the state Ethics Board is reviewing a complaint about the show.

“How was it that no one knew what was happening in a jail that was under federal oversight?” asked Sade Dumas, executive director of the Orleans Parish Prison Reform Coalition.

Dumas also questioned whether the inmates' mental health was taken into consideration.

“I don't think it is appropriate to dehumanize people for entertainment and film people in what could be the lowest period of their lives,” she said.

Emails obtained by Channel Four show that even the Sheriff's Office had misgivings about the production, cutting filming short as it was being shot in the spring of 2020.

“The agency's stakeholders have expressed concern over the significant amount of content focused on inmates allegedly selling medication, saying that 'everyone does it' and footage of inmates snorting medicine which has been crushed up,” Sheriff’s Office attorney Blake Acuri wrote in a May 26, 2020 email to the production company.

“We further are concerned that the footage was edited in such a way as to suggest that Captain Steele was making rounds as this happened, and that the inmate somehow “dodged” her presence, which did not actually occur,” Acuri continued. “Furthermore, despite Colonel Colvin's instruction that illegal behavior was required to be reported, the snorting of white powder off of a desk while a camera man filmed (which begs the question of whether some of the plaintiffs' allegations had merit) didn't warrant any such notification. Many on this email know that, from the start, I had grave concerns about this show because I knew that this type of behavior would ultimately be the topic.”

In a statement issued Friday, the Sheriff's Office said inmates gave consent to be in the show and were given the opportunity to speak to their attorneys. But the office said it halted filming when it went beyond their agreements with the creators, 44 Blue Productions.

“The Sheriff's Office was reassured by the producers that this series, unlike the Sacramento show (which aired previously), would show women inmates who were trying to positively turn their lives around. We understood that no incidents would be staged or encouraged by the film crew. Filming was halted when these main agreements were violated."

The production company did not return calls for comment.