New Orleans' levees won't be up to standard as early as 2023; Louisiana will need $200 million to fix them

The Corps warns that the levees “will no longer provide the 1 percent level of risk reduction as early as 2023." 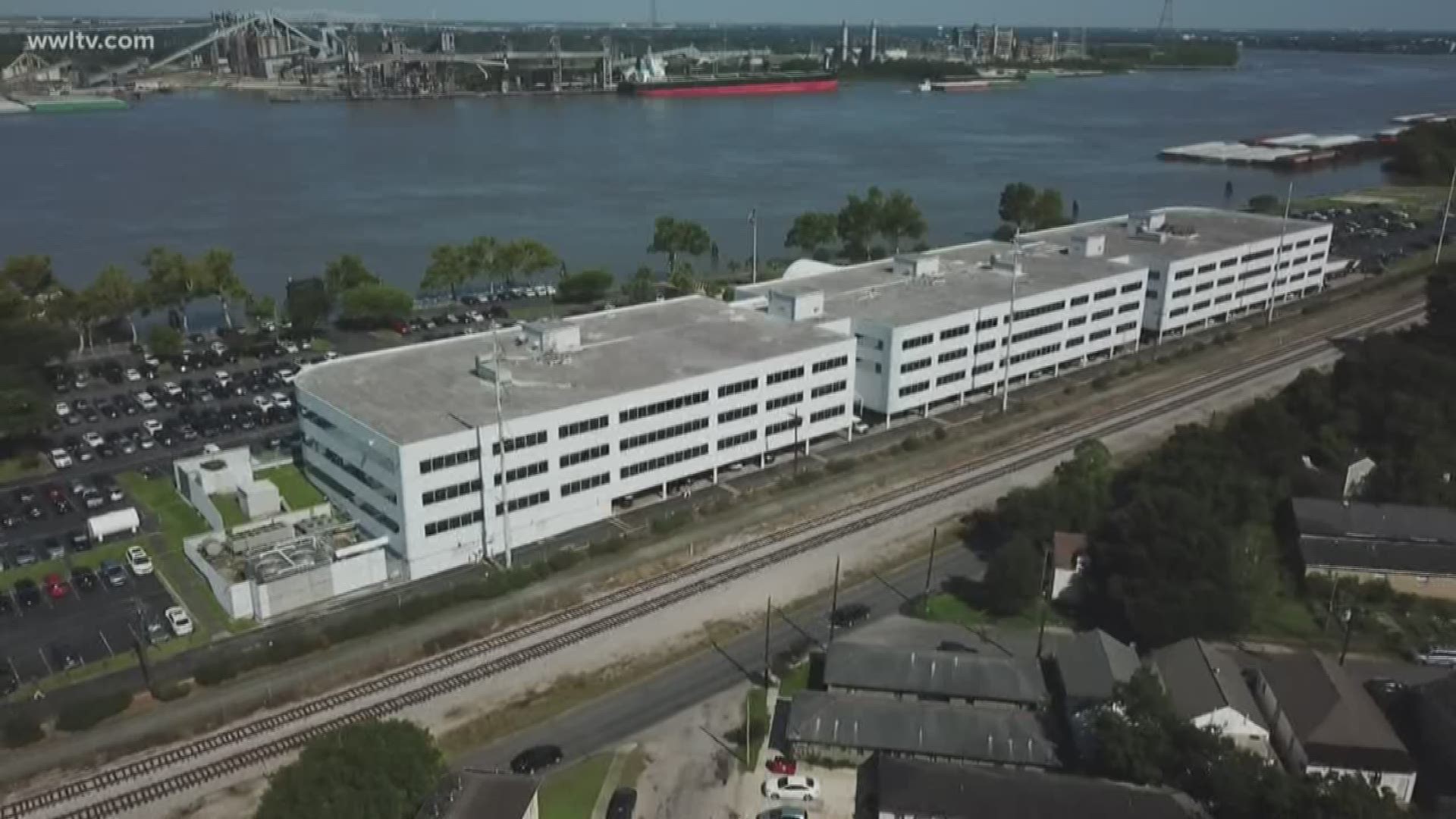 Jennifer Blanchard is an artist. One of her projects is a multi-media tribute to the victims of Hurricane Katrina.

To gather motivation for the piece, she made several visits to the Lower 9th Ward floodwalls that failed during the storm, sending a deadly wall of water into the neighborhood.

“I came out here to look for inspiration for an art project that I'm working on,” Blanchard said.

What Blanchard saw during one of her trips provided more than inspiration. It sparked concern. Blanchard found Flood Protection Authority workers inspecting a gap in the floodwall.

“When I walked up, they were pointing at this crack in the levee wall. You can see there's probably a three-inch gap where the wall has leaned away,” she said.

A couple of weeks later, Blanchard found the gap had been filled with an epoxy-type material. With her degree in geo-chemistry, Blanchard began researching the $14 billion in upgrades to the system since Katrina. She came away with some nagging questions about its integrity.

“This to me is not an efficient repair of this floodwall,” she said, pointing at the material now filling the crack. “If the water levels were to get to that height again, this could be a potential fault in the system.”

Blanchard isn't alone. Her concerns are being shared at the highest levels of federal government.

The Army Corps of Engineers, architects of the flood protection system and the $14 billion upgrade, posted a notice in the Federal Register on April 2 regarding its intent to “draft an environmental impact statement.”

While the notice is somewhat technical, it includes this language: “Absent future (levee) lifts to offset consolidation, settlement, subsidence and sea level rise, risk to life and property in the Greater New Orleans area will progressively increase.”

In other words, re-engineered levees are sinking, requiring more work much sooner than expected to keep the system within the risk posed by a 100-year storm.

That 100-year standard is critical because that's what qualifies property owners for flood insurance. But instead of keeping the region in compliance for an estimated 50 years, the Corps warned that the levees “will no longer provide the 1 percent level of risk reduction as early as 2023."

“The state's already going to have a difficult time coming up with its portion of the rebuilt Katrina levees,” Cassidy said, referring to the state’s $1.7 billion share of the recently completed $14 billion project. “Now we're speaking of more state money going forward” to cover the levee lifts.

In an exclusive interview with WWL-TV, Cassidy also expressed specific concern about the floodwall gap noticed by Blanchard.

“We've already spoken to the Corps about this particular point,” Cassidy said. “They know we're concerned and they're getting more information back to us.”

With this season’s flooding, high river and ever-present hurricane threat, Blanchard and other artists, activists and concerned citizens are sounding fresh alarms about the threat to a region that still hasn’t forgotten the devastation of Katrina.

In Lakeview, residents near the catastrophic collapse of the 17th Street Canal continue to closely monitor their own canary in a coal mine: Seepage at the site of the 2005 floodwall collapse that persists in spite of numerous attempts to control the water.

“It's clearly leaking through,” said Brett Downs, whose home on Bellaire Drive overlooks the area where the water is leaking through the levee and flood wall. “The question is why aren't they willing to do what needs to be done to keep water on that side of the wall.”

The latest construction project to drain the water from the now-empty stretch of levee berm was an underground drain line. But during one of the driest stretches of the summer, water could still be seen accumulating on the surface.

“With unlimited resources, I refuse to believe they can't fix it,” Downs said. “If this was happening in the French Quarter, it would get fixed. Guaranteed.”

Flood Protection Authorities insist that the floodwall is not compromised by the seepage. But Lakeview resident Bob Romero, who also owns a farm, does not like what he sees, especially since similar seepage was a warning sign ahead of Katrina.

“I'm very concerned there will be water in the streets again, because what I see here and I know of this being a sugar cane farmer, it looks like this here could slough off,” Romero said.

Entertainer and French Quarter resident Harry Shearer said he was not surprised by the Army Corps of Engineers' warning in the Federal Register.

But he was surprised by the some of the reasons the agency listed, including “subsidence and sea level rise.”

“Have they not been reading the papers and scientific journals and the Internet?” Shearer asked. “Did they not know that sea level rise is accelerating?”

Shearer produced the post-Katrina documentary “The Big Uneasy,” which peels back the curtain on some of the root causes of the levee failures during Katrina, which still stands as the country’s most costly hurricane disaster.

His extensive research for the feature-length film made him wary of the Army Corps of Engineers, and the recent red flags only intensified his feelings.

“We can't trust the Corps. The Corps is what almost killed us,” he said. “They kept telling us how good the old system was, until it turned out not to be a system. And then they went, ‘Oh do we have a system now.’”

The Corps says the region's hurricane protection system has never been stronger, especially with much of the $14 billion dollars spent on blocking storm surge with gated pumps at New Orleans' outfall canals and the massive surge barrier in Lake Borgne. The surge barrier, known as the “The Great Wall of Louisiana,” is the largest civil engineering project in the Corps' history.

To Shearer, any standards set by the Corps are relative.

“They say New Orleans has never had better hurricane protection. Given the fact that the last one almost killed the city, that's the lowest bar imaginable. Can't they say anything better about it than that?” Shearer said.

Flood protection officials say many of the necessary levee lifts are already under way.

The Southeast Flood Protection Authority West has made considerable progress, Director John Monzon said, especially with the 2018 approval by Jefferson Parish voters of a 10-year millage, expect to generate $47.5 million.

“At this point in time, we’re ahead of where we need to be,” Monzon said.

But the full price tag of upgrades to the entire system is estimated at $800 million, and most of that sum still has to be allocated by Congress. Even if the money is approved in Washington, D.C., the state must come up with its share, a 25 percent match, or about $200 million.

With the Corps acknowledging that more work needs to be done, Shearer said he is not being an alarmist, just a realist who knows the existential stakes for New Orleans are very steep if the system fails another test like Katrina.

“We know, I think in our hearts and in our bones, that a lot of people in this city will not come back and do it again.”