Mayor Cantrell's administration says the libraries have had a significant surplus the last few years and can handle the cuts during an emergency. 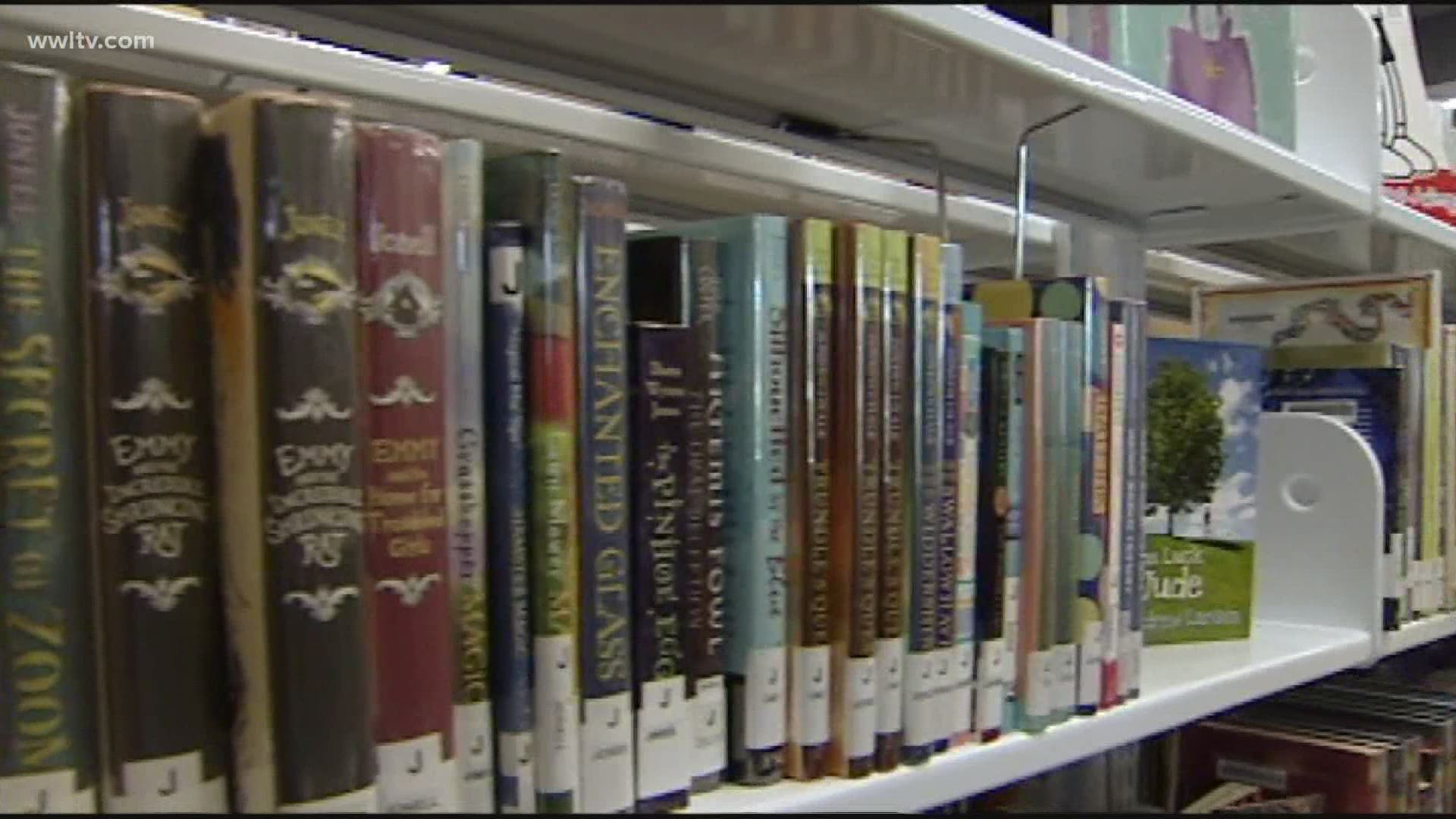 NEW ORLEANS — Mayor LaToya Cantrell’s full-throated support for public libraries, first as a Broadmoor community leader and then as a city councilwoman, helped convince voters in 2015 to approve a new tax that added $9 million a year to the New Orleans Public Library budget.

“The future of our city depends on it,” then-Councilwoman Cantrell told WWL-TV in April 2014. “Like, right now. Not tomorrow. Not the next generation. Like, right now.”

That’s why it has surprised some library supporters that Cantrell is now targeting the New Orleans Public Library system for the largest budget cuts as she tries to steer the city through the economic devastation caused by the coronavirus pandemic.

“I have a 7-year-old and a 4-year-old, and we go weekly,” said Kimberly Cadena, a business owner and mom who frequents the Alvar Branch and Martin Luther King Jr. Branch closest to her Lower 9th Ward home. “And as somebody who sees its value really acutely, I was really disappointed to see that that resource was being cut.”

Two weeks ago, the Cantrell administration unveiled a plan that would ask voters to renew an expiring tax and redirect most of the libraries’ portion of it to other city services – mostly economic development, infrastructure, maintenance and housing.

The redirection of those tax monies, along with dedicating $1.5 million a year to early childhood education, would reduce library-system revenues by as much as $9 million a year, according to the city’s budget presentation.

That’s a 40 percent reduction in revenue and about the same amount that voters added back in 2015, when system leaders said they didn’t have enough money to keep the lights on at library branches rebuilt after Hurricane Katrina.

“The people spoke very clearly in 2015,” Cadena said. “We passed the millage. We supported the millage. We wanted additional resources for the libraries because we understand their value. And I think that the mayor needs to respect that.”

“The millage change which the mayor supported as a council member in 2014 was drafted in response to the perceived need at that time,” Tidwell said. “In the years since then, the Library has under-spent relative to their budget --- so now (six years later) it's an appropriate time to take another look at their needs and right-size the allocation from taxpayers.”

Gilbert Montano, Cantrell’s chief administrative officer, said the library system has a surplus of $11.5 million that will soften the blow for at least the next two years. He said the libraries have built a surplus five times larger than the 10-percent fund balance recommended for city agencies, of about $2 million on a $20 million budget.

“On average, the library has been spending about $17.5 million a year,” Montano said. “They're budgeted a little over $20 million a year. So, every year they're running a significant surplus.”

Cadena and others say Montano is cherry-picking the numbers, using the average underspending from the last four years and ignoring the fact that most of that came in the first two budget years after the tax increase.

Cadena said it’s reasonable that the library system would take time to adjust to the new revenue that poured in after the 2015 tax millage was approved.

By contrast, the libraries have spent almost all of the money raised from taxes in the last two years, city budget documents show.

“A 20-percent budget cut across city departments is explainable, it's equitable,” Cadena said. “But going after the library's budget at almost double that? That isn't explainable and it's certainly not equitable.”

Montano said the surplus will allow libraries to maintain the same level of staffing and services while coming up with new funding plans.

But Library Director Gabriel Morley had a very different take. The news website The Lens quoted Morley from a conference call with library staff saying the effect of the cuts would be “swift and significant.”

Because the voters will be asked to renew the tax millage with most of the dedicated library money directed elsewhere, Morley said the NOPL is in a “no-win situation.” If voters approve it, the library loses $7.5 million a year. If voters reject it, the library loses the entire $10.5 million-$11 million raised by the millage that’s set to expire in 2021, or more than 50 percent of the system’s total revenue stream.

Dixon Stetler, executive director of the nonprofit Friends of the New Orleans Public Library, said in a statement that Cantrell’s proposal would “absolutely debilitate the Library.”

Morley then sent an email to staff on Friday saying, “The proposed funding cuts will not decimate the library, as some have suggested, but we will have to evolve as an organization as we look at the future of library services.”

Meanwhile, the New Orleans Public Library Board of Directors has been silent about the cuts. Its last meeting was in July and there was no mention of budget cuts. But in the minutes for that meeting, it says the board needed to have “more involvement in NOPL finances.”

The executive committee of the board met Tuesday to set an agenda for the next meeting of the full board next week. Board member Andrea Neighbours raised concerns about the way the board was notified of the mayor’s plan last month. She said they met in small groups to discuss the proposal, thus creating a “roving quorum” that would have required public notice for an open public meeting.

Cadena hopes public support for the city’s libraries don’t wane, but she said she’s having a hard time trusting the city to manage them properly.

“I think that the mayor's office in general has not been as responsible with budgets or as transparent as they should be,” she said. “And I am not willing to give them the benefit of the doubt in this or any other budget conversation.”