CAO Gilbert Montano reassigned Director Zach Smith on Monday, although he emphasized that he found no evidence that Smith was engaged in any wrongdoing. 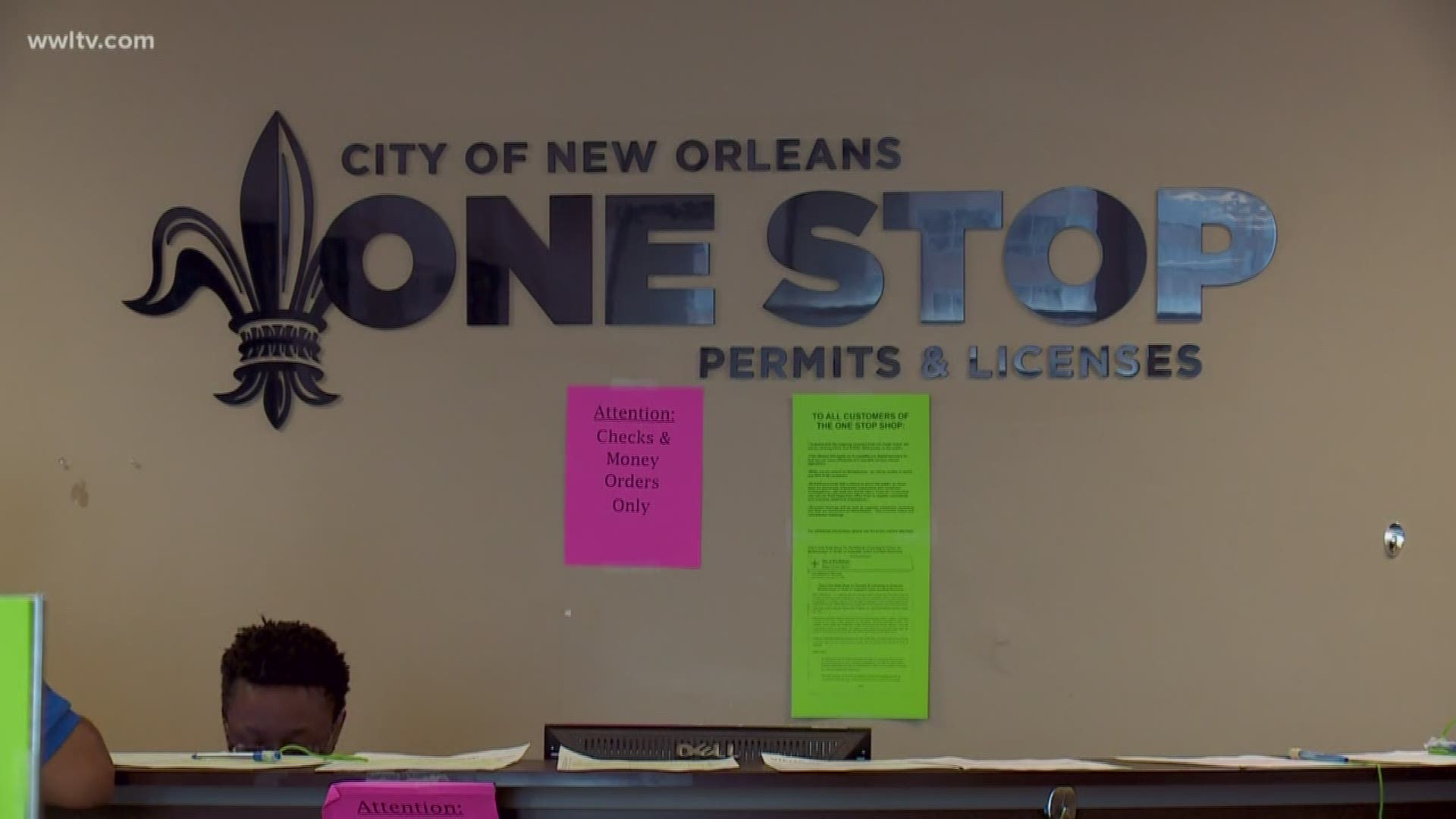 NEW ORLEANS — Mayor LaToya Cantrell’s top deputy says he’s completely overhauling the city’s Safety and Permits Department in the wake of what he called “unconscionable” abuses by city inspectors, lack of proper oversight by department leaders and a “pervasive” problem of no-show inspections.

Chief Administrative Officer Gilbert Montano said he is taking the drastic steps after a WWL-TV investigation found several inspectors didn’t show up for key inspections of the Hard Rock Hotel construction project in the days and weeks before it collapsed Oct. 12, killing three workers.

Montano reassigned Safety & Permits Director Zach Smith on Monday, although he emphasized that he found no evidence that Smith was engaged in any wrongdoing. Montano said he needed new leadership in the department, which is down to only four inspectors after a rash of retirements and suspensions amid a sweeping federal corruption probe.

Montano said Smith must stay on staff temporarily because he is the city’s only chief building official, a state designation that’s required to perform inspections. In the meantime, the city moved an attorney into the director’s position on an interim basis and is looking to hire at least four more certified inspectors to meet the demand.

City inspectors typically do between five and 10 inspections every day, according to city records reviewed by WWL-TV.

Tammie Jackson, a deputy city attorney in the Zoning Division, will move over to serve as interim director of the Safety & Permits Department, Montano said. The restructured department will be led by two new positions, a director of compliance and a director of regulations and licensing, Montano said.

Montano said the new director of compliance will be outside the Department of Safety and Permits and housed in the city’s Internal Audit Department to double the oversight of city inspectors.

"We are starting anew," Montano said in an interview with WWL-TV. "This is a complete overhaul of the organization from almost top to bottom. And we want to ensure the public that we're taking and advising all our future employees the importance and the nature of responsibility of this job."

"It has taken on a very and deep, pervasive nature within the agency," he said.

Montano said allegations of bribery and malfeasance in the Safety & Permits Department date back to 2001. In 2002, the New Orleans Police Department embedded officers in the permitting office as a part of then-Mayor Ray Nagin’s anti-corruption crackdown – a crackdown that led to no convictions.

Ironically, Nagin himself was later convicted of corruption and sentenced to 10 years in federal prison.

But investigations into corruption in the city’s permitting office continued and a federal probe netted the indictment of former building inspector Kevin Richardson in August 2019. He pleaded guilty in December to taking $65,000 in bribes to file false inspection reports, and court documents signaled that others still working in the office were involved.

After the Hard Rock collapse in October, a joint investigation by WWL-TV and The Times-Picayune | New Orleans Advocate found the project’s builders deviated from plans approved by the city, used support beams and columns that might have been wrong for the job and may have removed temporary supports too soon.

Workers also complained about deflecting floors on the upper levels before they caved in.

WWL-TV requested GPS data for city inspectors’ vehicles, and compared their trips to inspection reports they filed for the Hard Rock. The station found senior building inspector Julie Tweeter took it home on an almost daily basis when she wasn't supposed to and didn't drive it to dozens of inspections, including some at the Hard Rock.

"Unconscionable, it really is. It's a travesty," said Montano, who suspended Tweeter and another inspector, Eric Treadaway, alleging they falsified inspections at the Hard Rock and at least two other downtown high-rise projects, the Four Seasons Hotel and Residences at the old World Trade Center and the 29-story Odeon Tower at South Market.

WWL-TV reported exclusively on a secret recording of an inspectors' meeting in September. Montano said he was suspicious that Building Official Larry Chan told his staff to go to inspections and take their own photos of jobs, just two days after we reported the department was under federal investigation.

"In some ways, it looks like someone is covering themselves and that concerns me,” Montano said of the Sept. 16 emergency inspectors meeting.

Later that same day, Montano suspended Chan, who later agreed to retire in a settlement with the city.

"He was suspended later that day because he was in the middle of investigations, multiple investigations," Montano said. "And frankly, from my perspective, I was and I am at the point where I have no toleration."

Asked how Chan was implicated by the investigations, Montano declined to give any specifics. WWL-TV asked Chan to respond and he declined to comment.

RELATED: 6 dead from coronavirus in Washington state, first US deaths