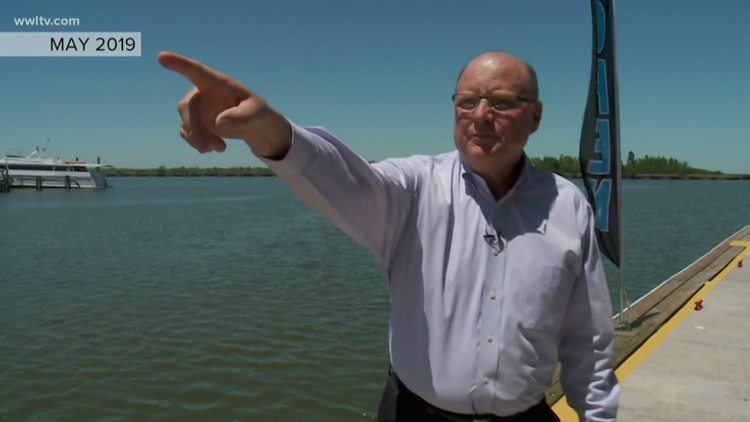 Von Kurnatowski, 68, was hunting wild boar on his property near Carriere, Miss., on Sunday, Sept. 1, and was climbing on a ladder when his Heckler & Kotch .45 caliber rifle discharged a single round into his chest, Hancock County Sheriff’s Office Chief Investigator Glenn Grannan said.

Von Kurnatowski had removed the ammunition clip, but had left a round in the chamber, and the shot went straight through his heart, Grannan said. Von Kurnatowski was alone on his farm at the time and was found later by a family friend when his wife, Mary, got worried that she hadn’t been able to reach him by phone.

The Hancock County coroner does not suspect foul play and the sheriff’s office has classified Von Kurnatowski’s death as a hunting accident.

But Grannan told WWL-TV the investigation into whether the shooting was accidental or intentional remains open Tuesday. He said his team is waiting on an outside agency to conduct ballistics and other forensic tests before making a final determination.

“Based on what’s available today, it’s considered a hunting accident,” Grannan said. “Forensics takes a while and they do have something to look at that could change things, but I’m confident that it will back up the initial finding that it was an accident.”

Close friends told WWL-TV said Von Kurnatowski would not have taken his own life and remained upbeat despite cash problems with his real estate developments, lawsuits accusing him of bilking investors out of millions of dollars, and news of a federal criminal investigation.

His former investors who sued him have already indicated that they will continue their efforts to recover hundreds of thousands of dollars from his estate.