The US Military used the powerful herbicide in Vietnam to destroy crops and control dense jungle vegetation. 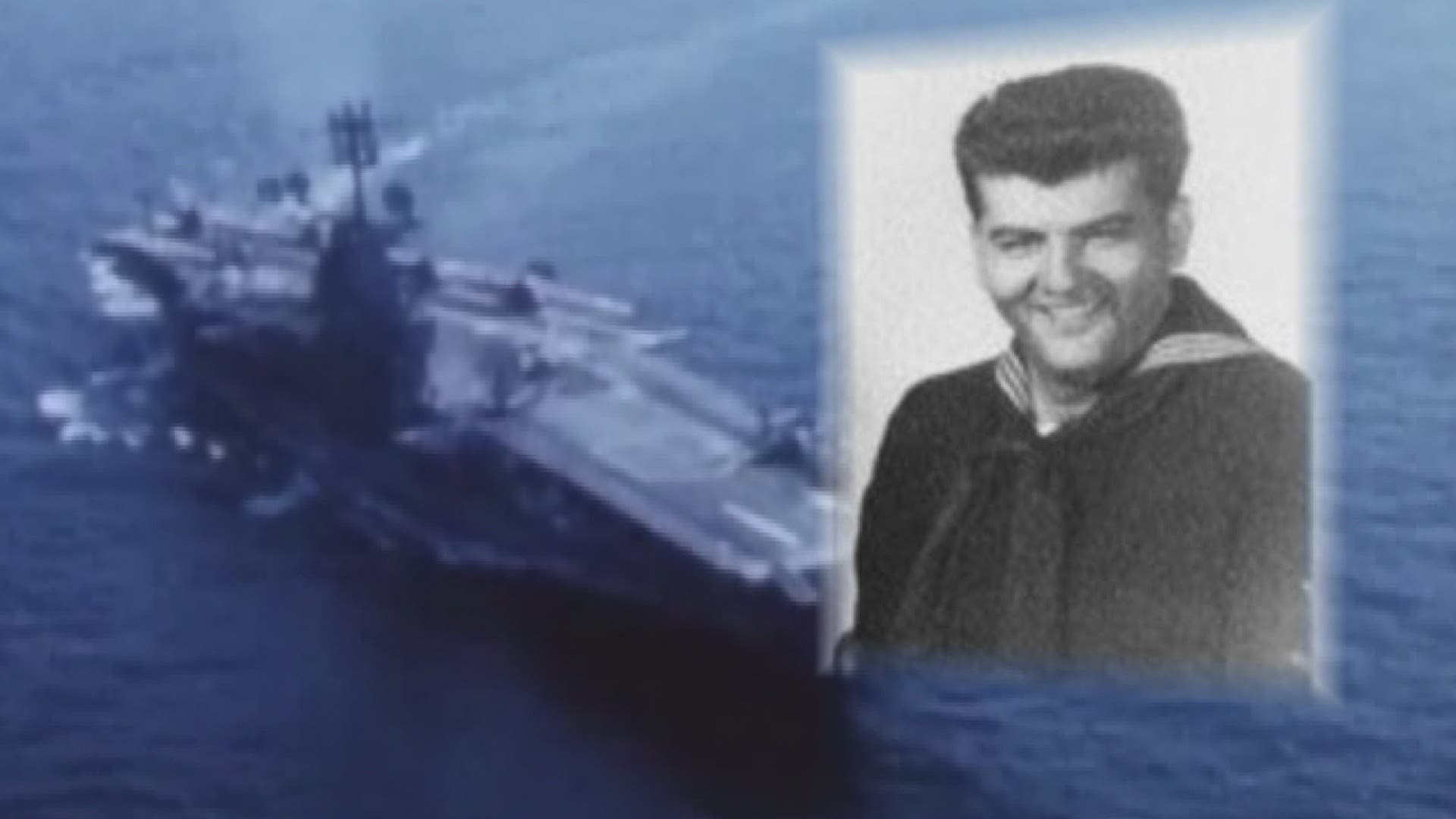 SLIDELL, La. — The plaintiff in a pivotal Agent Orange lawsuit that won with the help of Slidell-based Military Veteran’s Advocacy, or MVA, has died.

“The saying is, ‘we came home and we brought death with us’. And Agent Orange takes off an average of about 11 years off your life,” said John Wells, a retired Navy Commander and attorney on the case.

Wells is based in Slidell and said he talked to his client, Procopio, just a few weeks ago.

“Agent orange killed him. No doubt in my military mind, that’s what killed him,” Wells said.

Procopio is pictured in the 1966 Intrepid Cruise Book. It was on that ship that he was exposed to Agent Orange, Wells argued.

The US Military used the powerful herbicide in Vietnam to destroy crops and control dense jungle vegetation.

Millions of US Army Soldiers and Vietnamese people were directly exposed to Agent Orange on the ground.

And sailors, offshore, on ships like the USS Intrepid, were using water from the Makong River for everyday use.

The river, sweeping toxic runoff from Vietnam’s shores, contained toxic plumes of Agent Orange. The water was then ingested into the ships’ evaporation distillation system and actually enriched the harmful dioxin.

Unknowingly, the sailors were using concentrated, contaminated water to drink, brush their teeth, and do laundry aboard the ship.

“So he was getting a straight shot of Agent Orange into his drinking water, and everyone else was, too,” said Wells.  “Of course, agent orange is a delaying disease. And it was not until probably 30 years later he started having symptoms.”

Procopio developed heart issues and diabetes, among other symptoms. But he was denied Agent Orange benefits by Veteran’s Affairs because he was offshore.

Commander Wells and Military Veteran’s Advocacy in Slidell took on the case, battled in court for nearly a decade, and won.

“Al Procopio was just a tiger. He said, look, we’ll win or we’ll lose but we’ll fight it and get the benefits for myself, my family, and hopefully for all the other Navy veterans,” said Wells.

“Al was a husband, a father, a grandfather. Good taxpaying citizens, good electrician. And he had spent his life doing good things for people.”

Procopio and his wife settled in Southern Minnesota. Funeral plans have not been announced.

RELATED: Debate over transgender athletes bill far from over in La. with Governor set to veto