Taken for a Ride: How safe are charter school buses?

Fifty-four of the 70 charter schools that hire out their bus service did not provide WWL-TV proof that each bus was properly insured. 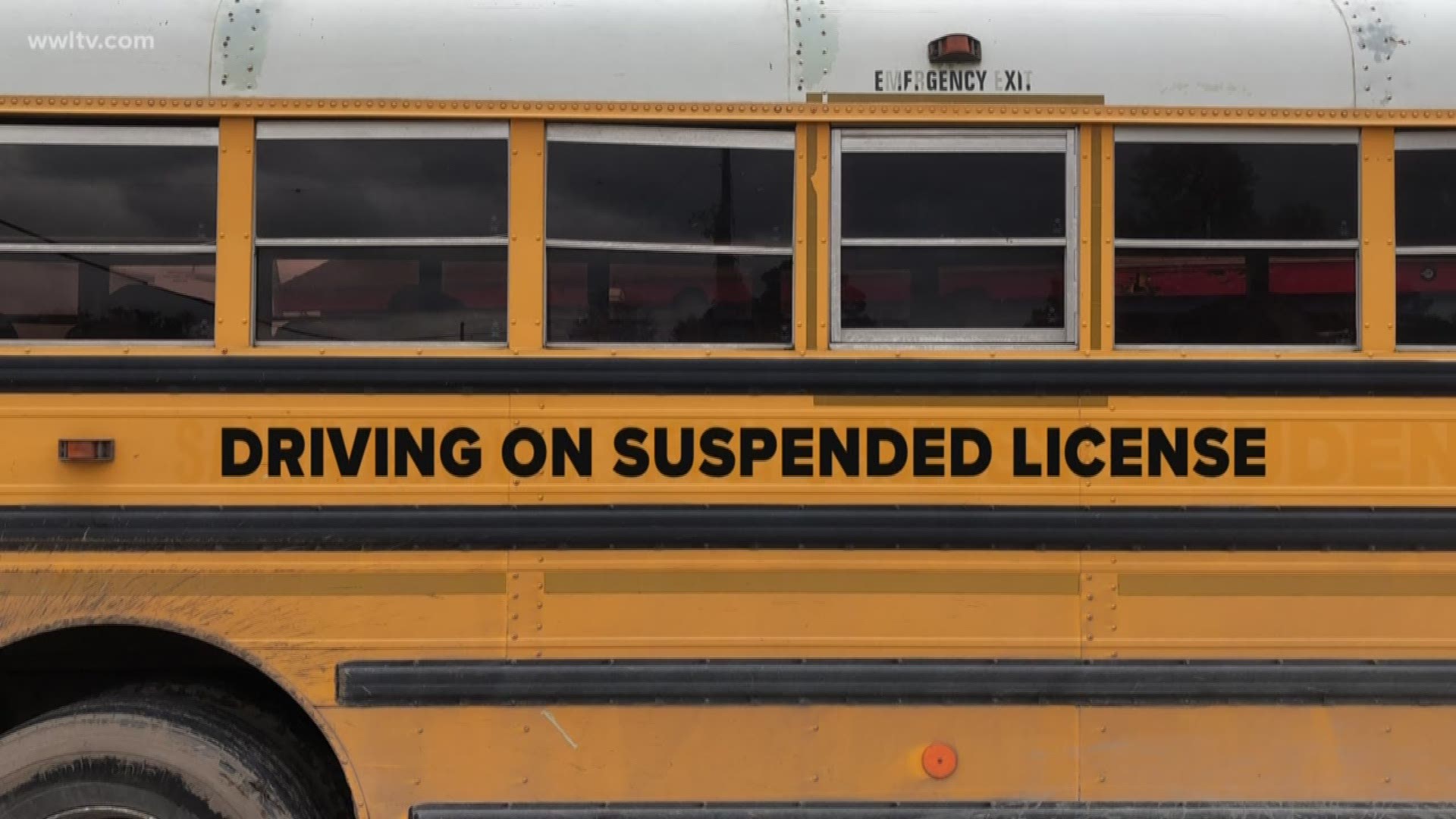 The rise of charter schools in New Orleans has been controversial. Some hail it for improving public school choices after Hurricane Katrina. Others criticize it for turning public education over to private management companies and for killing neighborhood-based schooling.

But lost in the debate about this education sea-change has been a growing crisis in school bus service -- at least until very recently. The issue grabbed more attention last month when a school bus driver was caught on camera beating a student. The very next day, New Orleans officials spoke out at a public hearing about a raft of safety violations on illegally parked school buses and called for a new ordinance to give the city’s Taxicab Bureau regulatory authority.

Meanwhile, WWL-TV was gathering thousands of public records from 90 different public charter schools across the whole New Orleans area, which are run by 52 different management companies. Seventy-eight charter schools are in the city of New Orleans, seven are in Jefferson Parish, two are in Lafourche Parish and there’s one each in Plaquemines, Tangipahoa and Washington parishes.

With the parish public school boards and the state Board of Elementary and Secondary Education (BESE) offering no direct oversight over charter schools’ bus contracts, the schools are essentially on their own to provide free transportation for tens of thousands of children.

Eleven of the 90 schools operate their own bus fleets, and nine others have a waiver that allows them to provide public transit passes or avoid providing busing altogether. The rest – 70 charter schools -- have hired 18 different private school bus companies to provide them with buses and drivers.

WWL-TV found few of them can show that they have strong control over those contractors.

Fifty-four of the 70 charter schools that hire out their bus service did not provide WWL-TV proof that each bus was properly insured. Twenty-nine of them did not turn over the names of the people driving their students. And of the 42 that did provide the drivers’ names, only 23 gave WWL-TV background checks for the drivers in response to a public records request.

“We should have a single point in terms of ensuring all these bus drivers are regulated, that the companies are regulated and that the vehicles that are riding down the streets of New Orleans are safe,” New Orleans City Councilwoman Kristin Gisleson Palmer said.

The code violations and beating incident in New Orleans made news last month, but another incident in November in Jefferson Parish went largely unnoticed and may be more emblematic of the systemic problems.

A bus operated by national firm Durham School Services got lost Nov. 2 with six Athlos Academy of Jefferson Parish students on board, some as young as 7 years old. A substitute driver had taken one of the longest routes Durham provides, which left the West Bank school at 4 p.m. to take students to the East Bank.

Parents grew frantic as the bus failed to show up as 6:30 and 7 p.m. rolled around. They called school officials, the bus company dispatcher and police. One mother, Cheryl Earl, had lost a child in a drowning accident years before and her daughter Ce’Vanne -- so named because she was born seven years after the first child died -- was on the missing bus.

The bus wasn’t located by police until four hours after it left the school, and it was still miles away from Ce’Vanne’s stop and others it was scheduled to have reached by 6 p.m.

Athlos fired Durham after the incident and replaced it with a small, local company called Kids 1st Transportation.

The inspectors found 67 violations on those eight buses, ranging from no license plates and no insurance, to defective emergency exits, defective brakes, inoperative brake lights and turn signals, and even a driver who was operating a bus on a suspended license.

State Police say there are only six troopers inspecting buses in the New Orleans metropolitan area.

The city sweep of illegally parked buses in August identified a slew of violations by several local bus companies, not just Kids 1st.

After hearing about the violations – which included padlocked emergency exits on school buses while they were transporting children, according to city officials -- Palmer said the lack of oversight is becoming a real danger.

“We want to play a part in this community, we want to do better, we want to help our city out,” Hammond said.

Hammond’s Transportation serves 18 charter schools, more than any other provider, and he pushed back against City Hall’s original proposal to charge each bus a $450-per-year fee for a CPNC for-hire vehicle license.

Hammond initially spoke against the proposed ordinance and claimed the unmarked, unlicensed and padlocked buses identified in the city sweep must have been party buses.

But he backed off that assertion when questioned about it by WWL-TV. The station also obtained an email Hammond sent to the Orleans Parish School Board in August expressing concern about a proliferation of unlicensed and uninsured school buses, and he acknowledged he’s been bothered by fly-by-night bus companies that don’t follow the rules.

He said that’s why he has rallied support among his fellow bus company owners for the ordinance. At the City Council’s Transportation Committee meeting Wednesday, he and other bus company owners succeeded in getting that reduced the CPNC fee reduced to $150 per bus per year and convinced Mayor LaToya Cantrell’s administration to lower the required insurance coverage limits from $5 million per incident to $1 million.

With those changes, not a single school bus operator spoke against the ordinance, which unanimously passed the committee and will go before the full council next week. Hammond said they all recognize the fly-by-night operators and code violations need to be weeded out.

“It'll just be a matter of time before things just going to crumble because there's no one holding these people up -- or even myself (and) my company up -- to a standard of where things need to be,” Hammond said.