In the wake of WWL-TV’s “Taken for a Ride” investigation, the city of New Orleans stepped in and imposed new school bus regulations last February. 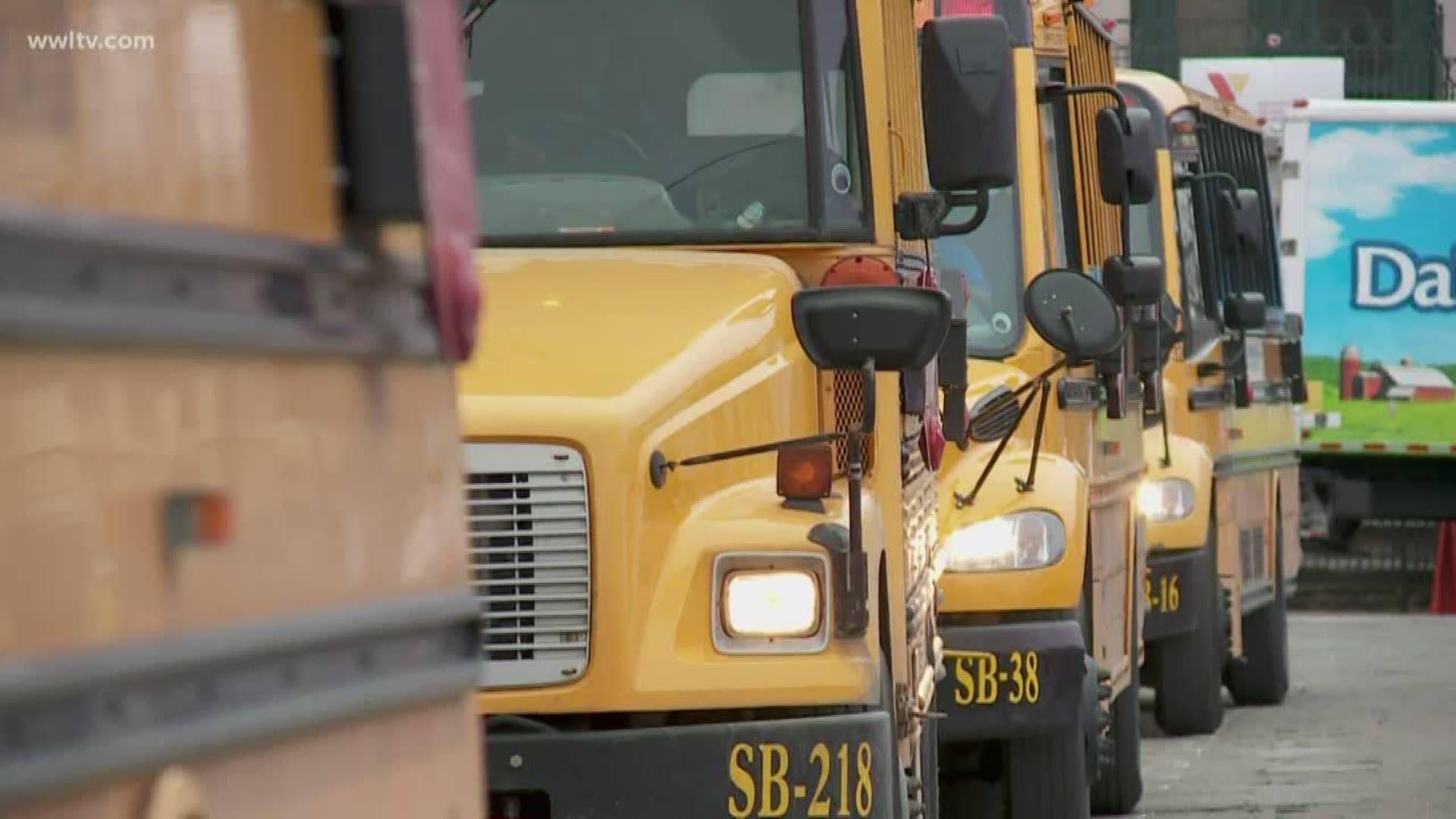 NEW ORLEANS — Three months into the current school year, one of every five school bus drivers did not have a required city permit, raising new questions about safety and accountability in the city’s troubled school busing system.

Those findings are from a months-long research project by WWL-TV, which collected the names of 472 bus drivers from three dozen different charter school management companies through public records requests and cross-referenced them with City Hall’s list of permitted school bus drivers.

Those charter companies run 68 public schools in New Orleans, and their drivers represent more than half of the 800 known bus drivers in the city.

But the station found 95 drivers on the schools’ lists that had failed to get a city permit by Nov. 12, the date on the latest permit list provided by City Hall. That was three full months into the 2019-20 school year, and two months after the city’s deadline to get school buses fully inspected.

On Friday, the city reported that only 19 of the 95 had subsequently received permits, and five drivers who applied for permits were rejected because they failed a drug screening or had a disqualifying criminal conviction.

On the app and the search is returning 'no results' for your school? Click here:

In the wake of WWL-TV’s “Taken for a Ride” investigation, the city of New Orleans stepped in and imposed new school bus regulations last February. Those requirements included new permits, called Certificates of Public Necessity and Convenience (CPNC), using a process already in place for taxi, limo and tour bus drivers.

To get a permit, bus drivers need a Louisiana commercial driver’s license and must pass federal criminal background checks, drug screenings and 44 hours of state-approved bus driver training. The new rules took effect for the 2019-20 school year, but private school bus operators were slow to comply. The city, in turn, was reluctant to order buses off the road for fear it would prevent students from getting to school.

Frustration mounted last month as the first semester ended and Mayor LaToya Cantrell’s administration reported that fewer than half of the school buses had passed safety inspections and called on the Orleans Parish School Board to get “off the sidelines” and help with enforcement.

Superintendent Henderson Lewis sent warning letters to 13 charter school organizations this month, setting a Feb. 13 deadline for all their buses to pass inspection. He called a Dec. 18 bus crash on the Interstate 10 High Rise bridge – which sent 15 students from James Singleton Charter School to the hospital – a “wake-up call.”

In that incident, a Hammond’s Transportation bus flipped as it descended from the bridge, and WWL-TV found out it hadn’t been inspected. What’s more, the station reviewed background checks provided by Singleton and discovered the driver of the overturned bus, Chad Rodney, had a disqualifying cocaine conviction in Calcasieu Parish last year.

The city confirmed Rodney had been denied a permit because of that conviction.

Singleton Charter School CEO Doug Evans said his staff knew about Rodney’s criminal record before the crash, but thought he was OK to drive because he had a state-issued commercial driver's license with the proper passenger and school bus endorsements. They had not checked whether Rodney had a city CPNC, Evans said, but now his staff is checking every bus driver’s credentials every morning and every afternoon.

“The accident was a wake-up call for us, and I'm sure for the community,” Evans said.

George Horne, a former Jefferson Parish Schools superintendent who has dedicated himself to school bus safety training and compliance since 1992, said the charter schools, the district and the bus companies should have been on top of bus inspections and driver permits from the first day of school in August, when the new city regulations kicked in.

“If we're going to allow these things to happen and only get excited about it after a child gets killed or seriously injured, shame on us,” Horne said.

Lewis agreed that Rodney should not have been driving a school bus. Asked if there were more drivers operating without permits, he said, “Right now, I can’t speak to that, but… my hope is it was an isolated incident.”

But the data collected by WWL-TV show that Rodney was far from the only unpermitted driver on the road.

Schools that had contracts with Hammond’s Transportation provided WWL-TV with 89 drivers’ names, and 28 of them – nearly a third – did not have city permits by mid-November.

Mark Hammond, the bus company owner, told WWL-TV on the day of the High Rise accident that his “people” were supposed to have checked to make sure all drivers had the required permits.

Warren Easton listed eight drivers last year, employed by local firm Donovan Transportation, and none of them had a permit by Nov. 12. This week, the school sent a new roster of 14 permitted drivers showing that seven of its eight original drivers got their permits after the city produced its permit list.

Moton, meanwhile, is seeking new proposals from bus vendors after learning none of its buses from vendor WR Transport had passed inspection and only one of its drivers had a city permit. WR had 10 drivers working for Moton and Foundation Prep last semester, and only one of them had a permit by mid-November.

“I turned mine in way in the summer and I'm still waiting on mine,” Richardson said. “It's not that we haven't done what they asked. We're just waiting on them.”

He said the city told him a December cyberattack that shut down city computers was causing the delay, but City Safety & Permits Director Zach Smith said that’s not true. Smith said only two drivers’ permit applications have been held up by the computer crash and neither works for WR.

Foundation Prep’s founder and head of school, Myrialis King, said her charter organization has made several efforts to get WR to comply and set Friday as a final deadline for full compliance. She said the school is withholding payment from WR and looking for a replacement vendor if WR doesn’t meet the deadline.

Three charter organizations failed to provide any of their bus drivers’ names, in defiance of state public records law: Encore Academy, FirstLine Schools (which manages transportation for its five schools and for Encore) and New Harmony High.

Of the charter organizations that provided their drivers’ names, Ben Franklin Elementary had the most driving without city permits, with nine. Its CEO, Charlotte Matthew, said the school would make sure its bus provider, BCH Services Group, would be “fully compliant before the February deadline” by having all buses inspected.

But Matthew said, “Any questions regarding drivers should be directed to BCH.”

BCH is also the bus contractor for Bethune, having stepped in last fall when the school’s original bus vendor, Kids 1st, ceased operations. Like many bus companies, BCH uses subcontractors. WWL-TV found one of Bethune’s subcontractors last semester, Cage Transportation, using an uninspected bus in September after it got in a minor accident and left several children on the side of a busy street, miles from their stops.

The owner, Roy Cage, acknowledged none of his drivers or buses had the required permits. He said his company is based in Jefferson Parish and he was never informed that he or his other drivers needed the new city permits.

Horne, the school bus safety expert, said he trained some of Hammond’s drivers last year, so they could meet the training requirements and get city CPNCs. He agreed that charter schools have the most direct responsibility for oversight, but the whole state lags behind in holding private bus companies accountable.

“If this were the state of Michigan, those bus companies would be shut down, their buses would not have been allowed to transport a child on the first day of school,” he said.

WWL-TV Investigator David Hammer can be reached by emailing dhammer@wwltv.com; 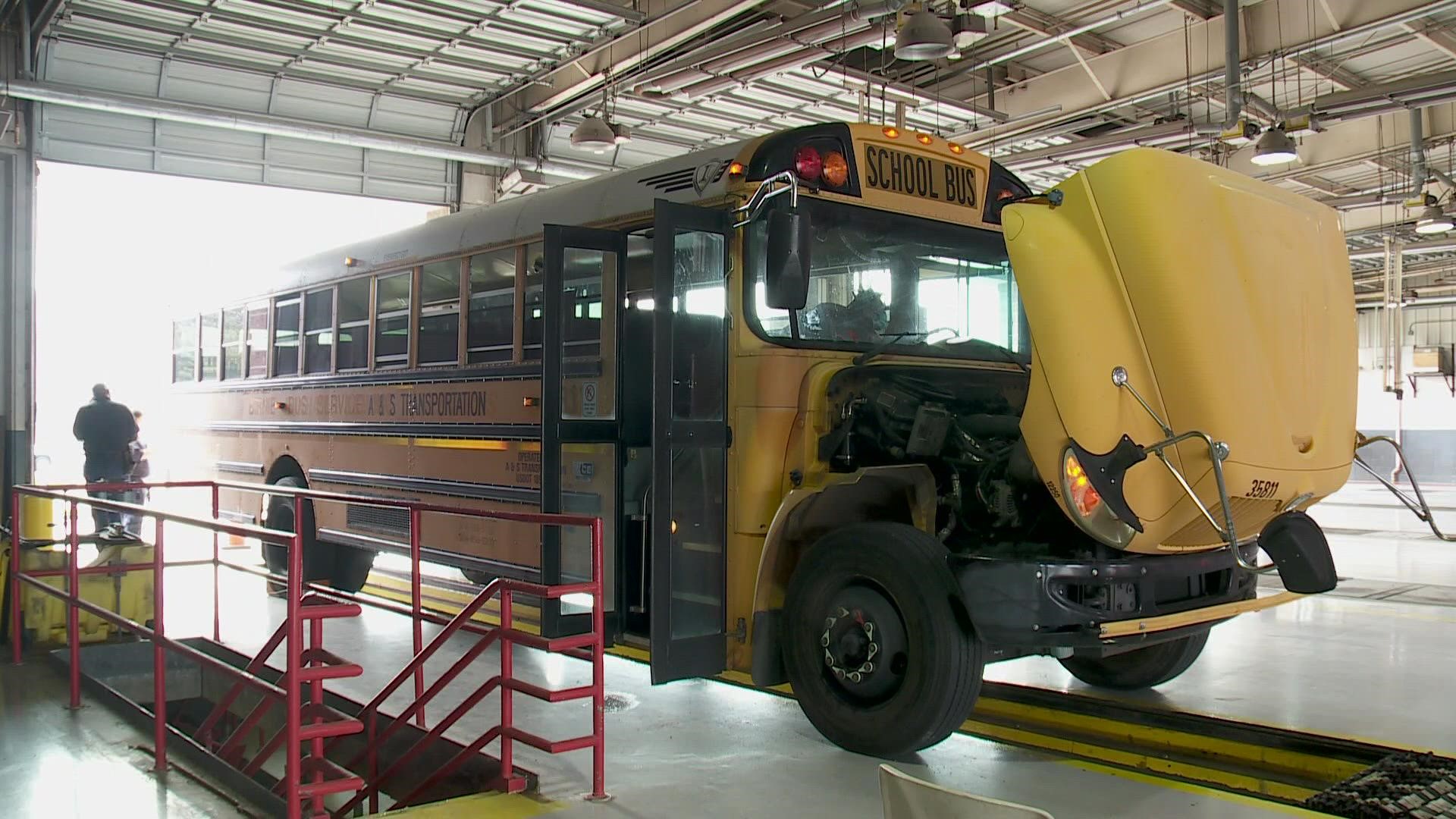 Taken for a Ride: 5 in 6 buses lack permit