Public records, anonymous accounts and internal emails show that the old leadership at Scholars First didn’t leave what they call “the bus game" 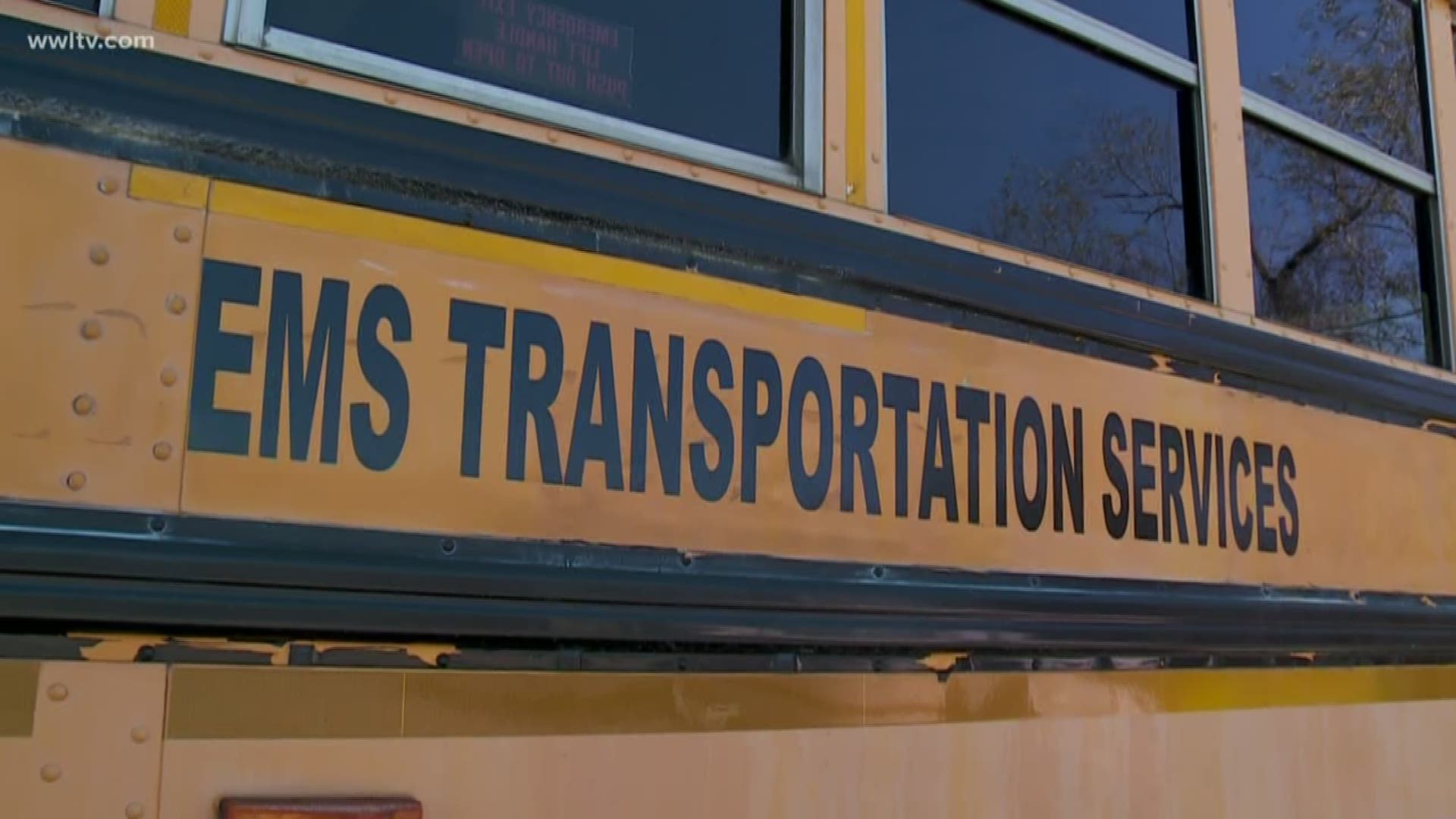 But public records, anonymous accounts from bus drivers and internal bus company emails show that the old leadership at Scholars First didn’t leave what they call “the bus game,” but rather have re-emerged in connection with a new school bus operator called EMS Transportation.

Coghill Elementary and its charter operator, Better Choice Foundation, replaced Scholars First with EMS for this school year. The head of school, Rayven Calloway, said she didn’t know there was a connection between Scholars First and EMS until WWL-TV questioned her about it.

“We had no way of knowing that they had anything to do with Scholars First, as you seem to be implying,” Calloway wrote in an email. “There doesn't seem to be any correlation in any publicly available documents such as the Secretary of State's website.”

That’s true, but a deeper look at Coghill’s public emails with EMS officials reveals the connection.

When the school’s director of operations, Terri Peyton, asked the owner of EMS, Michael Simon Jr., for information on his company’s bus drivers, buses and insurance records in August, Simon forwarded it on to Scholars First’s former owners, Jeramy Jackson and Melvin Williams, to get the documents. Jackson had to send the files to EMS so they could be provided to Peyton.

Last spring, Williams blamed WWL-TV for costing him his job at Scholars First. This week, he said he was “trying to get out of this bus game.” But asked about Transline employees providing drivers with EMS employment agreements and sending driver information to Simon, Williams said he didn’t know about it.

“If they were sending emails for EMS, it was done without my knowledge,” he said. “I got nothing to do with EMS, I’m not trying to be like Jeramy and Melvin was. A couple of drivers, I don’t know which drivers, I paid them. Maybe five, maybe six; I’ve been helping them out here and there.”

But two drivers told WWL-TV that Williams’ company handles all payroll for EMS, and Jackson is the real boss.

“Mr. Jackson is calling the shots,” said one. “This was what I was told: We are still the same company, we are just under a different name.”

Simon is registered to sell insurance in New York and Louisiana, and school emails indicate he comes to meet with Coghill officials from New Jersey. His company’s official address is on the 25th floor of a high-rise office building in downtown New Orleans. It’s in what’s called a “virtual office” – a service which offers meeting space, phone answering and a physical address for a fee.

Scholars First listed the same virtual office location as its official address when it was active.

EMS keeps its fleet of buses at a casino truck stop in New Orleans East. The company has no office or center of operations.

One bus driver who works for EMS told WWL-TV she has never seen Simon.

Cheron Brylski, a spokesperson for Sci High, said the school knew there was a connection between EMS and Scholars First.

”However, we have done our due diligence with EMS as our provider, confirmed all CPNC (for-hire vehicle) licenses and insurance coverage, and to date, we are pleased with their services,” Brylski said.

For more than a year, the city of New Orleans has been trying to get a handle on what’s been called the “Wild Wild West” of school buses, but its authority to stop problematic bus operators is limited, and it’s called on NOLA Public Schools to provide more oversight.

City Safety and Permits Director Zachary Smith said he could do nothing about the former Scholars First officials’ apparent involvement in EMS.

“If they are compliant with those laws that the city can enforce then we’re going to issue permits,” Smith said. “The organizational structure of ownership of those bus companies, or the contractual relationships between bus companies and schools, that’s going to be a question well beyond what I can answer for you today.”

Likewise, the insurance commissioner’s office said Donelon has no authority over EMS’ affiliation with the Scholars First officials whom he once ordered to cease and desist from using fake insurance.

Scholars First had a string of problems, even before the falsified insurance documents, including a cell phone video catching one of its drivers beating a 7-year-old student in 2018, and an 11-year-old left sleeping on a bus in an unpermitted lot in the 7th Ward.

Since taking over, EMS has had its share of issues, too. The city cited EMS for parking and safety violations on its buses and ordered five buses “pulled from service” in September. Safety and Permits Director Zachary Smith said 12 of EMS’ 15 buses have now passed their safety inspections.

Coghill’s public emails also show an EMS driver dropped off a 4-year-old girl in September without an adult there to pick her up. Calloway called the incident “totally unacceptable” and said the driver had been fired. Simon said in an email that the driver was suspended.

Coghill also provided Channel 4 with cover sheets of FBI background checks for EMS’ 16 drivers, and 13 of them had prior arrests on file. But the school blacked out specifics, including the drivers’ names, citing privacy reasons, so it was unclear what the arrests were for or if they would have disqualified them from driving.

The city’s Smith says the law only allows him to reject drivers for permits if they were convicted of certain violent crimes, drug felonies or impaired driving within the last five years.