Bus companies told WWL-TV the city’s new permit requirements are hurting them disproportionately, squeezing them out in favor of larger national or regional firms. 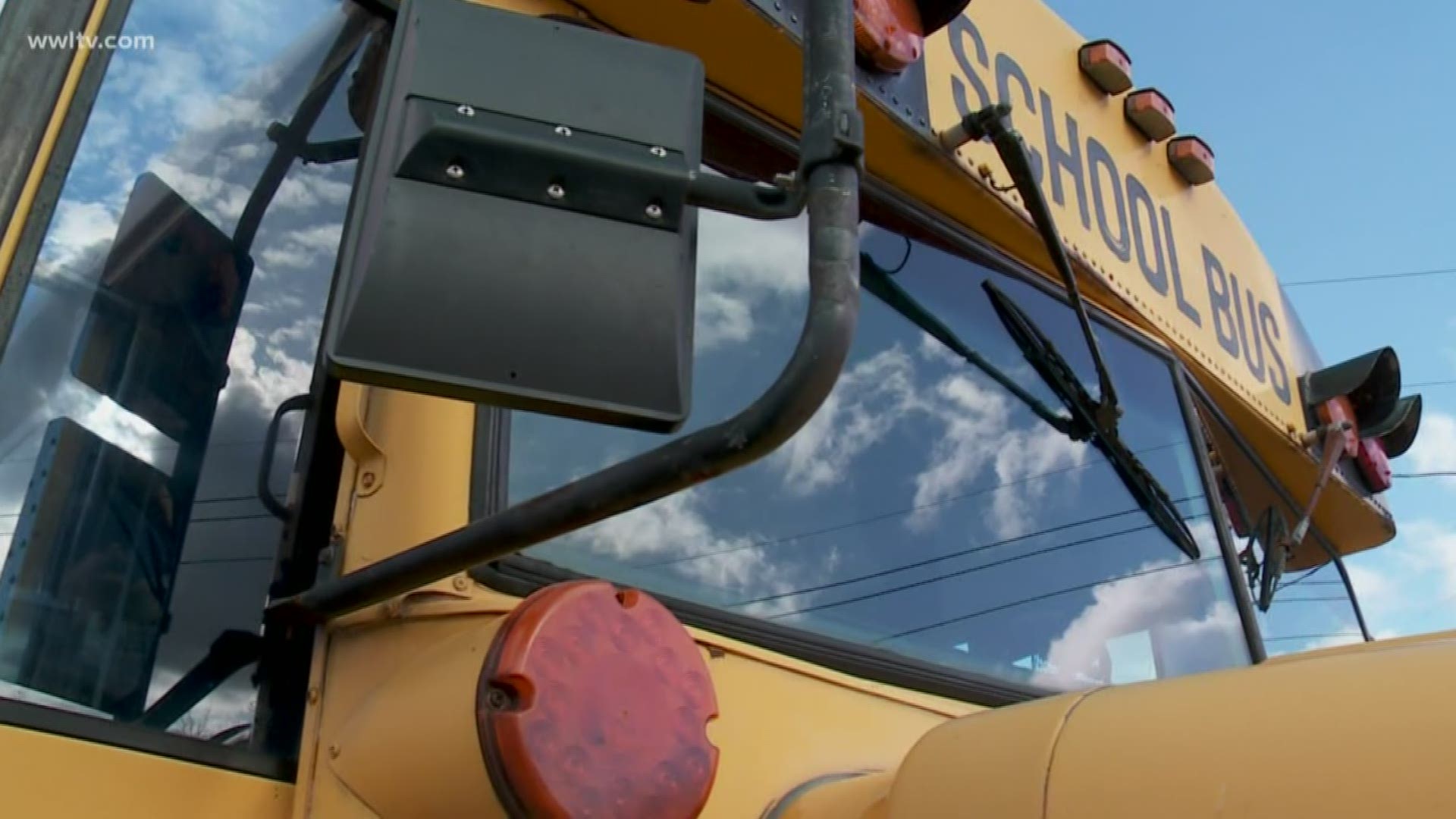 NEW ORLEANS — Lisa Guichard couldn’t believe it when a school bus driver left her 11-year-old son, Anthony, alone on a busy street with strangers, 2 miles from his usual stop, after the bus got in an accident late last year.

“I gave you my son, you said you were going to take care of him. He gets off the bus, you leave him!” Guichard said.

Roy Cage is the owner of Cage Transportation, a small, local bus company that ran that Gentilly route for Anthony’s charter school, Mary McLeod Bethune. Cage disputes witness accounts and a police report that say the driver left the scene.

Cage says the driver was his brother Steven, who simply pulled around the corner after the wreck to get his bus out of the flow of rush-hour traffic on North Broad Street.

But disputes over exactly where the driver went or who was at fault for the accident obscure the larger problems with charter school busing exposed by that single incident. It was an example of how independent charter schools, left to fend for themselves in a complex marketplace of student transportation, have failed to keep tabs on the buses and drivers provided by dozens of local bus companies.

For instance, at the time of the September accident, the Cage Transportation bus had not been properly permitted and inspected under new safety rules imposed by the New Orleans City Council seven months earlier.

WWL-TV cross-referenced 472 school bus drivers' names with a list of drivers who had the necessary city permits as of mid-November. Neither Roy Cage nor his brother had a city permit, called a Certificate of Public Necessity and Convenience, or CPNC.

On the app and the search is returning 'no results' for your school? Click here:

And neither did 93 other people driving buses for three dozen New Orleans-based charter schools last semester -- meaning that three months into the school year, one of every five drivers had not been cleared by the city.

As of Friday, 76 of the 95 unpermitted drivers from last semester still had not received a permit, the city said.

Cage, who owns a limousine service in Jefferson Parish, said he once drove for famed hip-hop label Cash Money Records and started driving school buses 20 years ago as the booster club president for a Kenner playground.

He said he’s had as many as 22 school buses in his fleet and jumped in to help Bethune when its original bus provider, Kids 1st, suddenly ceased operations shortly after the school year began. But almost as soon as he invested in more buses and drivers, WWL-TV reported on the incident on North Broad Street and his firm was fired, he said.

He claimed he didn’t know he needed the buses inspected and his drivers permitted until the story aired. He blamed Bethune for the oversight. 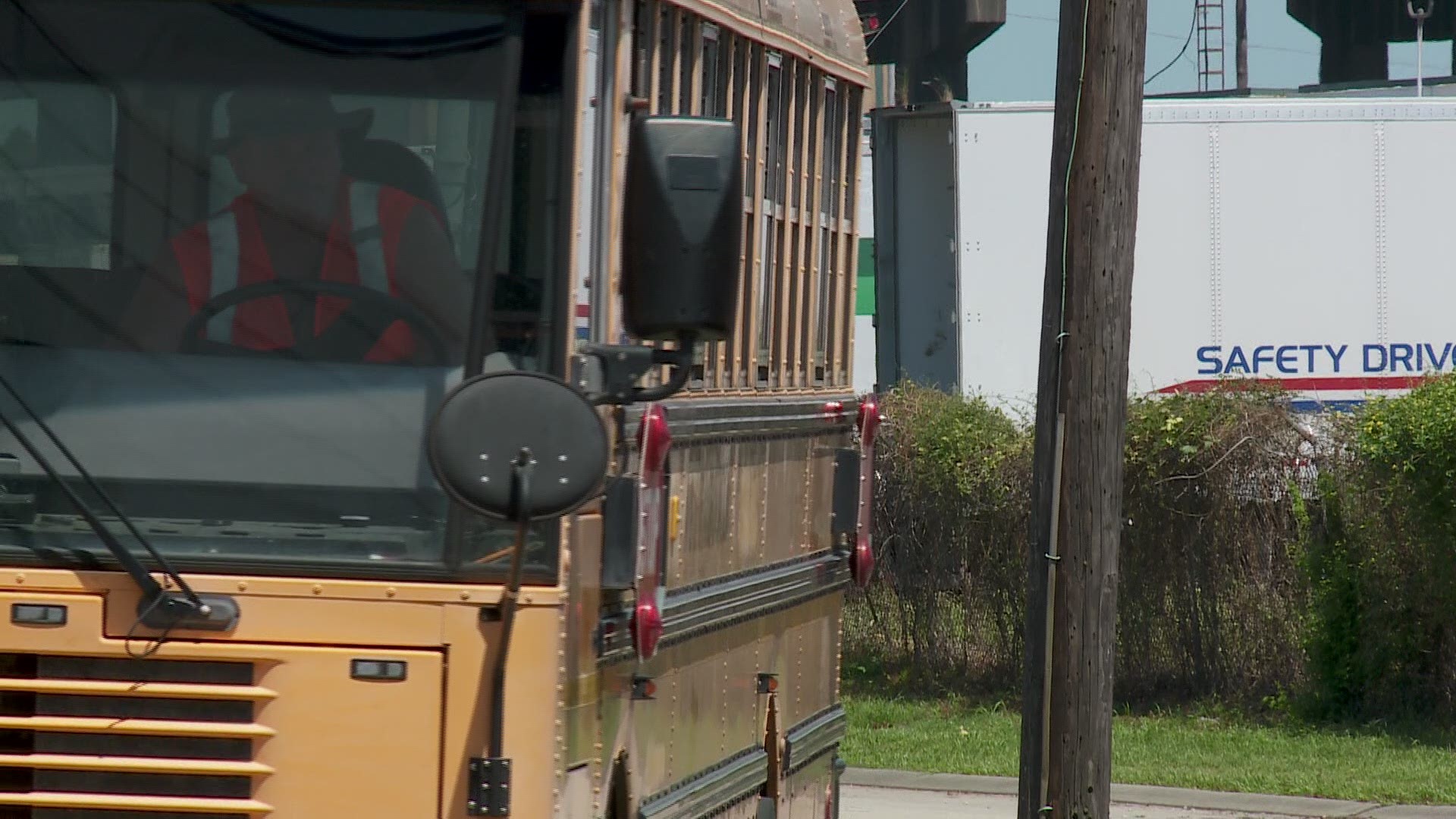 “The school is allowing you to come in without having a CPNC number, without having a certified driver through the city,” Cage said. “And then soon as David Hammer shows up, or anybody else comes to complain, now all the riff raff goes down to the bus company.”

Guichard said parents had to get their kids to school on their own for two weeks before Bethune hired BCH Services Group as a prime contractor to replace Kids 1st. Cage was hired as a subcontractor. Cage said Bethune was so desperate for buses that it combined two different routes into one for the bus his brother drove, causing it to be two hours late the day of the fender-bender and leaving parents and the driver confused.

“I stepped in to do them a favor. I was more helping them out and got dogged out by it at the same time,” he said.

Bethune spokeswoman Cheron Brylski said the school is involved in a legal dispute with Cage and declined to comment. Cage said he wasn’t aware of any legal dispute.

Cage and other owners of local bus companies told WWL-TV the city’s new permit requirements are hurting them disproportionately, squeezing them out in favor of larger national or regional firms – Apple Bus Co., First Student and A&S Transportation – that can afford the high cost of insurance, bus maintenance and driver training and permitting.

Cage complained the city only holds hearings for new bus permits once a month. Other bus company owners groused about the twice-annual bus inspections, saying they’re too stringent and their buses are repeatedly denied permits based on what they feel are minor issues with fans, vents or strobe lights.

The city's second round of inspections begins in February, when 58 buses that passed in August will need to come back to the city's inspection station. Re-inspections continue on a rolling basis with another 100 buses due in March, the city said.

When the school board sent Sophie B. Wright Charter School a letter this month for having a bus that didn’t pass inspection, Charter Director Sharon Clark said the bus was brand new and came with a crossing control arm that the city considered “too short.”

But city Safety & Permits Director Zach Smith disputed that, saying the Sophie B. Wright bus was a year old and failed inspection because the stop arm was broken. He also said defrost vents and strobe lights are critical for safe bus operations.

CPNCs are critical for student safety

“Because it's not just about driving,” he said. “It's about interaction with the students. It's passenger management. It's how to evacuate the bus in case of emergency.”

For instance, Horne said, a Kids 1st bus driver never should have let Sci High students off their broken-down bus on the Crescent City Connection last year – another incident exposed by WWL-TV.

“It's almost impossible for these drivers to be safe under some of the driving conditions,” he said. “But on the other hand, if they're not properly trained in how to deal with these situations…. It takes me two and a half days to teach the two courses that all bus drivers must have initially. And I've heard of places really say, well, you know, you can do that in half a day. No, you can't!””

Horne said charter schools have to do more to police their bus providers.

“If we're going to establish these rules and there is nobody to see whether or not they're being enforced, they're not worth having the rules,” he said.

The city’s fractured charter school system, featuring “school choice” instead of neighborhood schools, also leads to inefficient and expensive student transportation. There are 39 separate charter organizations based in New Orleans that offer bus service to 75 different schools. By law, they must bus kids who live in every corner of the city.

Horne has encouraged schools to form consortiums and stagger class times so they can combine routes and share drivers using a single bus vendor, but only a handful of charter organizations have done that.

Guichard wants to see the Orleans Parish School Board run a centralized school bus system again, as it did before Hurricane Katrina, noting that the School Board just voted last fall to increase property-tax collections.

At the start of WWL-TV’s “Taken for a Ride” investigation last year, the school district said charter schools were on their own dealing with their bus vendors.

He started this month by issuing letters to 13 charter school organizations, demanding that they prove by Feb. 13 that their buses had all passed city safety inspections. Lewis says he's also convening a group of student transportation experts to consider major changes, including going back to a district-run bus fleet.

“As we move forward, I'm looking at everything from how background checks are done, how buses are going through the inspection process and the time they're being inspected, to what's the cost of transportation and all those things where I'm able to work with these practitioners to come up with a long-term solution for how we transport our students to keep them safe as they go to and from school,” he said.

Are smaller bus companies pushed out?

Cage is down to four school buses now. He’s applied to the city’s For-Hire Vehicle Bureau, formerly known as the Taxicab Bureau, for permits on his buses and drivers and has a hearing scheduled for February, he said. He said he understands why the new rules are in place, but he hopes more is done to help local companies like his stay in what he calls “the bus game.”

He’s especially concerned with the costs of bringing the buses up to code and insuring them, which he says can rise to $20,000 a bus or more. He said schools need to pay companies more money up-front so they have a fighting chance to compete with the national firms and comply with the new city regulations.

“You've got to help the local companies,” he said. “You want new buses? You want legal drivers? You want them to go through the Taxicab Bureau? You want the buses to pass the inspection that everybody's having a problem with right now? Give up the money.”

RELATED: 95 New Orleans school bus drivers did not have proper permit in 2019

RELATED: Taken For A Ride: Search Your School for Unpermitted Bus Drivers

WWL-TV Investigator David Hammer can be reached by emailing dhammer@wwltv.com;