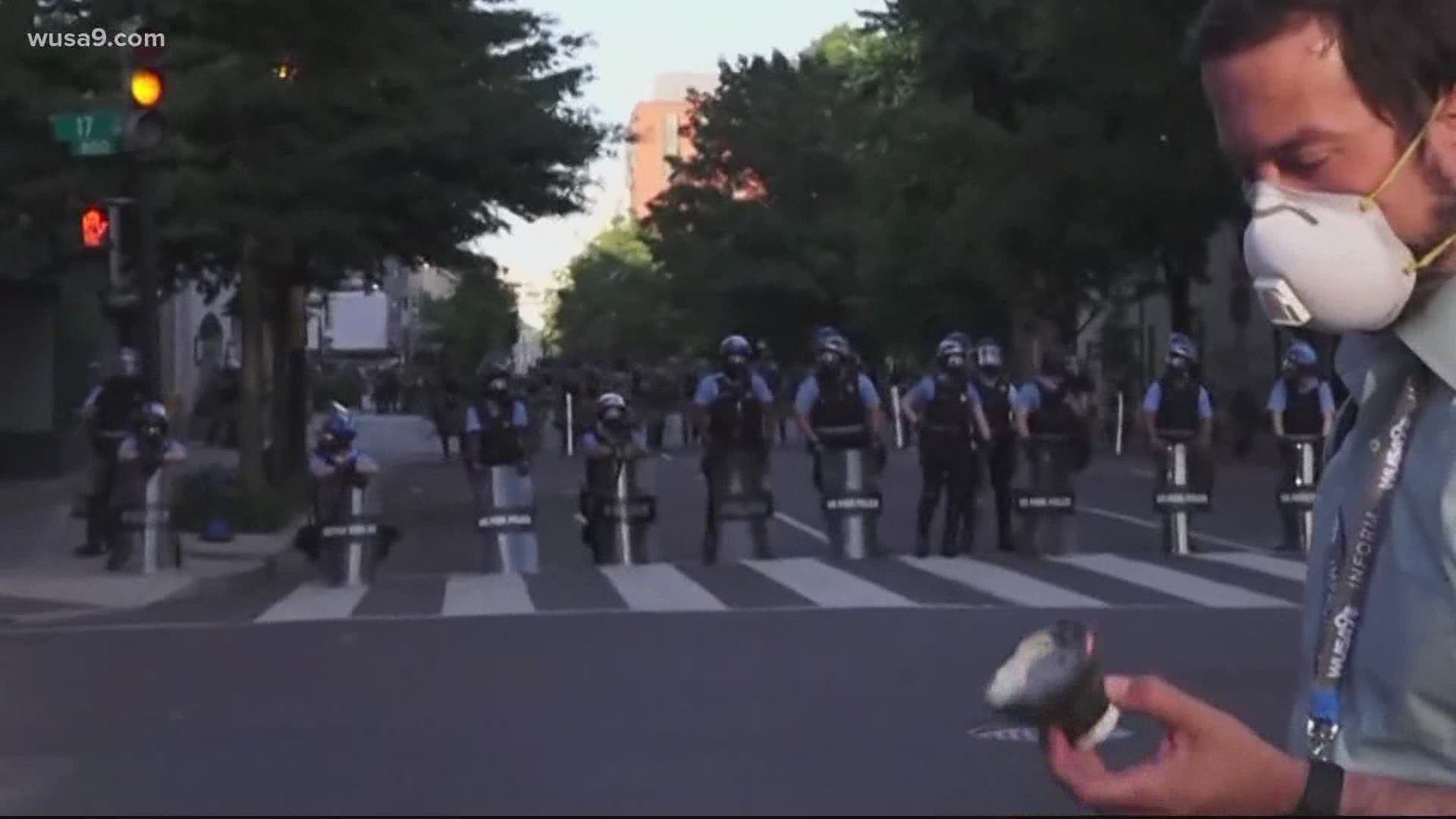 WASHINGTON — US Park Police, Arlington Police, DC Metro Police and the Secret Service have all denied using any kind of chemical irritants in Lafayette Square Monday evening. But WUSA9 crews were there, witnessed tear gas being deployed and collected the canisters afterward.

Brian Castner, a former military explosives disposal expert, analyzed the canisters and casings obtained by a WUSA9 crew Monday night from H & 17th streets. He said in addition to the tear gas canisters he previously identified, an additional form of munitions was used against protesters,

"The Stinger Ball Grenades, also mostly made by Defense Tech, are like a -three-for-one," Castner said. "Not only does it have a flashbang effect, but it also has a little bit of tear gas inside of it. Some also have some pepper spray, depending on – there’s a couple models."

RELATED: No law enforcement agency admits to using tear gas Monday, but tear gas canisters were found at the scene

"It’s got rubber-type little nuggets inside, pellets," Castner added. "It’s a little bit like firing rubber bullets in a general direction. And of course, the problem with that is, there’s no target. It could hit anyone. It could hit anywhere. It could hit you in the eye, or the throat. There’s no way for the police to be really targeted in trying to focus on a specific person or a specific action. That’s just affecting the entire crowd, whether they are protesting peacefully, or if they are actually engaged in some sort of violence."

On Friday, Park Police reiterated their previous statement that they did not use any chemical irritants to clear protesters out of the streets.

"United States Park Police officers and other assisting law enforcement partners did not use tear gas or OC Skat Shells to close the area at Lafayette Park in response to violent protestors," Acting Chief Gregory T. Monahan said in a statement to WUSA9.