The LDH rescued hundreds of seniors Wednesday and Thursday after their agents were denied entry to investigate reports of poor living conditions. 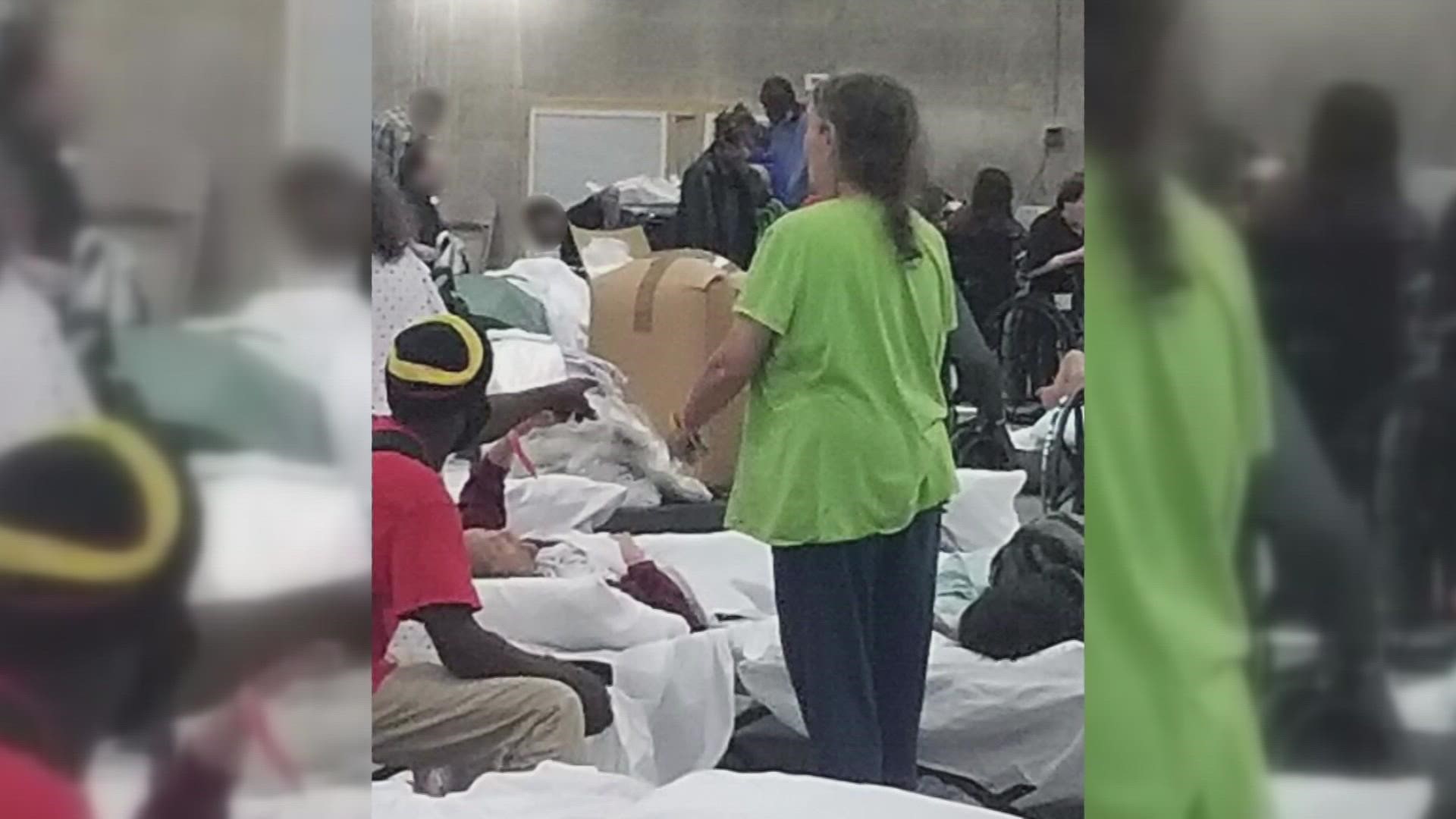 NEW ORLEANS — The Louisiana Department of Health has confirmed two more deaths related to a warehouse where more than 800 nursing home residents were packed in to ride out Hurricane Ida.

The LDH rescued hundreds of seniors Wednesday and Thursday after their agents were denied entry to investigate reports of poor living conditions.

Six people have now died in connection with the facility. Ten others were hospitalized because of conditions there.

Four of the deaths have been classified as storm-related.

licensed practical nurse Natalie Henderson, who worked at the warehouse during the storm, said she had misgivings as soon as she entered the poorly equipped building. And once the Category 4 storm started unleashing its destruction, conditions went from bad to worse.

“One of the parts of the warehouse started leaking water,” she said. “So, they had to start moving patients from that part of the warehouse to the part where everybody was housed. We had to move the mattresses even closer together.”

Henderson said she and other health care workers were forced to sleep in their cars because of the overcrowded conditions. She said she did all she could for patients, but the cascade of problems quickly became overwhelming.

“There was trash full of urine and feces stacked in a corner,” she said. “The place just smelled horrible.”

Henderson's patients rapidly became frustrated and disoriented, and some faced declining vital signs as the heat and lack of sanitation increased. She described one instance in which a husband and wife were separated while patients were being shuttled around to accommodate newcomers.

“Some were hollering,” she said. “They were in pain. They were hungry. They were thirsty.”

The seven nursing homes the residents were originally housed at include:

If you have a loved one who was evacuated from one of these facilities, WWL-TV would like to talk with you about the situation and provide any resources available to help you find them. Contact us by emailing cmccrory@wwltv.com or send a text message to 504-641-3471.