She said with expected power outages, she thought her mom, who needs dialysis, would be safer in a professional environment. She ended up in the warehouse. 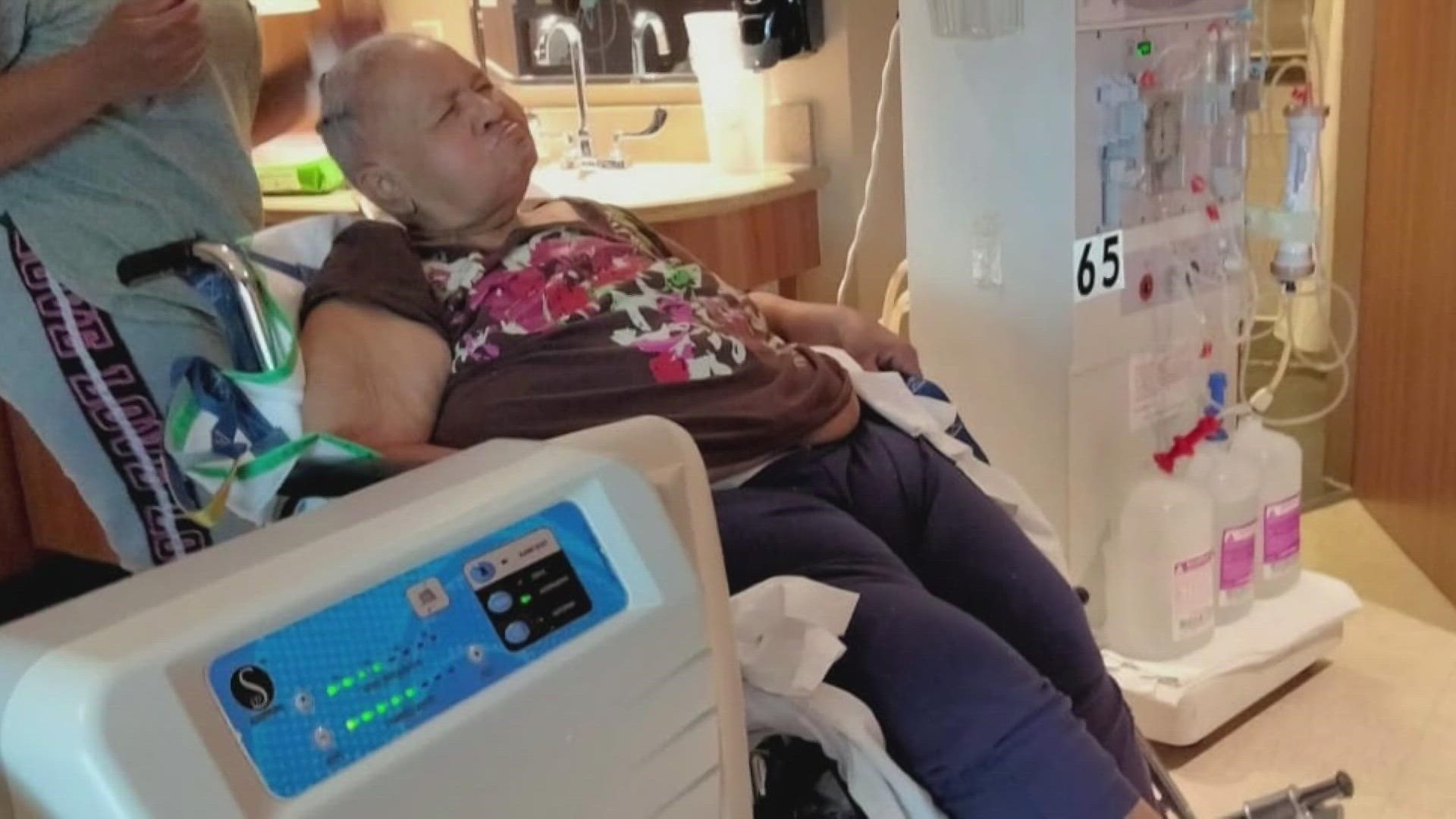 NEW ORLEANS — A heartbroken daughter believes the poor care at the warehouse in Independence ultimately led to her mother's death.

Diana Picquet, 75, was one of more than 800 nursing home residents packed into the warehouse during Hurricane Ida. She died Sept. 24.

"I'm going to miss my mother," Picquet's daughter, Angela Turner, said. "My mother was a giving person, she was a sweet person, and she was a fun person.

She is grieving. Her mother died Friday of Pneumonia. Picquet lived with Turner in New Orleans until Ida.

"I panicked because I know what happened for Katrina. So I said, 'mama, I have to make some tough, tough decisions,'" Turner said.

Turner brought her mother to River Palms Nursing and Rehab just before the storm. Her mother was on dialysis and with expected power outages, she thought it would be best to let professionals take care of her through the storm. Turner said she was never told about a warehouse and didn't hear from her mother for days.

"They told me don’t worry about nothing, your mother is going to be alright, we're going to take care of her," Picquet's daughter, Angela Turner said. "That’s what I went by."

Turner had no clue where her mother evacuated to. She found out Thursday after the storm.

"People called me and they said, 'Ms. Angela, you must not know what's going on.' They said, 'they have people at a warehouse.' I said, 'what do you mean at a warehouse?'" Turner said through tears. "When they told me what happened to those elderly people, I just broke down because I didn’t want my mama put in that."

Turner couldn't get in touch with her mother for days. She called police hoping for help locating her. She finally spoke with her mother after she was transferred to Opelousas.

"That’s when my mama told me, she said, 'Angela come get me.' I said, 'Mama, I'm working on it. I'm going to come get you, I'm not going to leave you there, I promise' and my mama said, 'Angela, they changed me in front of people and I was soaking wet and it's dark and I'm scared.'"

The Louisiana Department of Health confirms at least 15 nursing home residents who evacuated to the Independence warehouse during Ida have since died. Five are confirmed to be storm related by the coroner. Picquet's death has not been classified as storm related at this point, but her daughter believes the poor conditions ultimately led to her mothers death.

Turner planned to bring her mother home from Opelousas last Saturday. She died the night before.

So far at least 10 lawsuits have been filed against Bob Dean who owned the seven nursing homes involved. The state shut all of them down.