The video is shot from the roof of 1010 Common St., a building owned by Mohan Kailas, the owner and lead developer of the Hard Rock Hotel project. 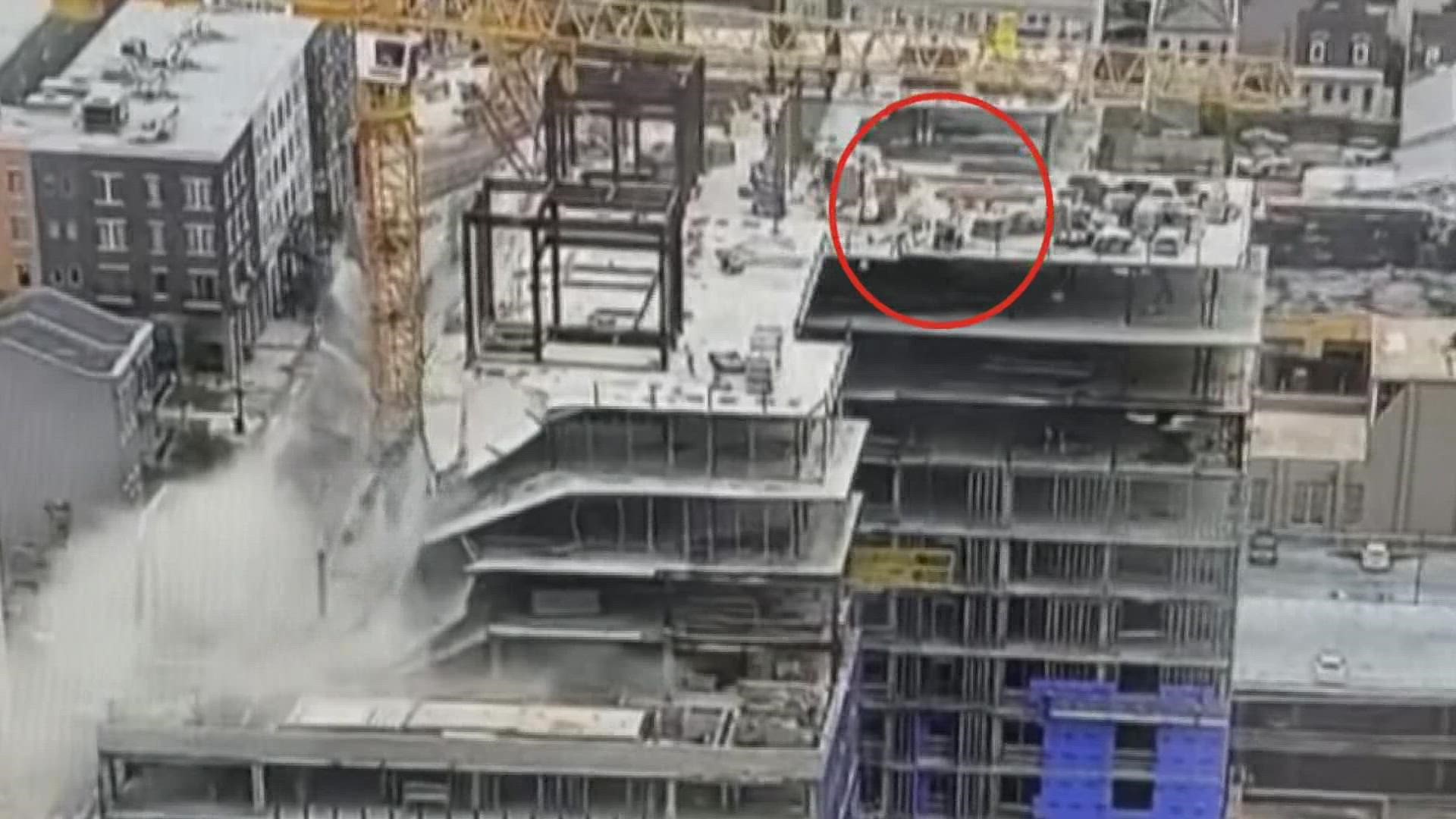 NEW ORLEANS — Video obtained exclusively by WWL-TV shows the entire collapse of the Hard Rock Hotel on Oct. 12, 2019, from before it started and from a new angle.

Unlike previous views of the catastrophic collapse that killed three construction workers, this video starts before the collapse begins and shows the exact location where it started pancaking, at the corner of North Rampart and Iberville streets.

The video is shot from the roof of 1010 Common St., a building owned by Mohan Kailas, the owner and lead developer of the Hard Rock Hotel project.

The video starts 12 seconds before the collapse starts on the 18th-floor rooftop and 25 seconds before the buck joist, the temporary elevator used by workers, topples over and punctures a hole in the roof of the Saenger Theater across Rampart Street.

Engineers and OSHA investigators say the steel supports for the upper floors were not strong enough or placed close enough together to support the weight of the upper concrete floors, especially along the cantilevered balcony overlooking Rampart Street.

In addition to the heavy concrete poured on the rooftop five days before the collapse, a large amount of construction equipment can be seen along the Rampart Street edge of the rooftop.

The collapse happened on a Saturday morning when vehicle and pedestrian traffic was significantly less than normal at the busy intersection of Rampart and Canal streets. Only four cars can be seen in the path of debris raining down on Rampart Street as they approached Canal, and they were able to quickly pull to the right and away from the danger.

Several workers inside the building weren’t so lucky. Some suffered severe injuries, and Jose Ponce Arreola, Quinnyon Wimberly and Anthony Magrette were killed. The men who were killed were in that part of the building where the collapse started, making it impossible for them to escape the sections that collapsed. Wimberly and Ponce were so buried by building materials and debris that it took almost 10 months to recover Wimberly’s body and a couple of weeks longer to recover Ponce’s remains.

Other workers were trapped in the falling debris but survived. Those who were working far enough into the center of the building were able to run away, toward Burgundy Street.

Criminal and civil investigations into the cause of the collapse continue, and WWL-TV will have more on how the building's design may have contributed.