What if you called 911 and got a recording? It happened 839 times in a 2-week period

“That moment for me was like forever,” Velez said. “And I'm thinking, how is this happening? Who else do you call? Like, there's not another 9-1-1.” 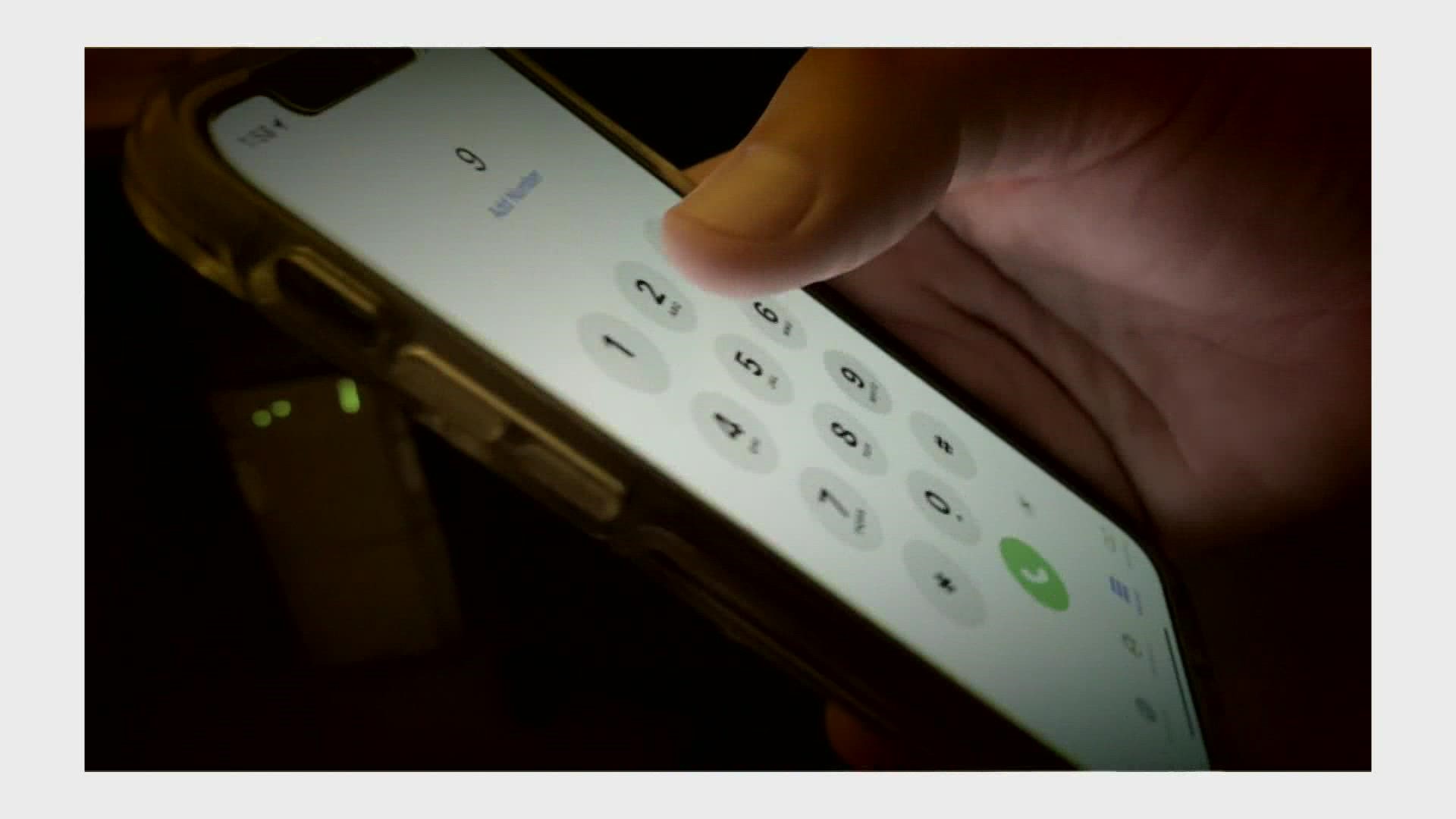 NEW ORLEANS — Caroline Velez found her father-in-law Alfonso in the nick of time. With a history of heart trouble, he appeared to be in serious trouble, slumping against a kitchen counter as he lost consciousness.

“I simply ran and grabbed him,” she said, re-enacting the crisis that unfolded last month inside her Lake Terrace home. “He stopped breathing.

She dialed the universal emergency number, but instead of reaching an operator, Velez heard this recorded message: “You have reached New Orleans 9-1-1. If you have a life-threatening emergency, do not hang up. We are experiencing a high volume of calls...”

“That moment for me was like forever,” Velez said. “And I'm thinking,  how is this happening? Who else do you call? Like, there's not another 9-1-1.”

Velez said she stayed on the line until the message repeated itself. She decided she couldn't wait. So she called her husband, a physician, then they rushed her father-in-law to the hospital themselves.

The Velez family is not alone in their frustration. Tyrell Morris, director of the Orleans Parish Communications District, said he understands peoples' concern.

“I know in an emergency every second counts and that 40 seconds seems like a very long time,” Morris said. “But it's the nature of the reality of our system. Sometimes it's impossible when we have a sudden surge of calls to answer every single one of them.”

WWL-TV first exposed the call center's use of a recorded message in early October when a when a citizen called 9-1-1 to try and report a vehicle burglary in progress. David Symons said he finally gave up in frustration after waiting more than 40 seconds.

“I would not want someone in a life-or-death situation to have to wait on hold,” he said.

When asked about the wait time the day after the story aired, City Communications Director Beau Tidwell downplayed the missed call as an “isolated incident.”

“The core of this was an isolated incident that happened a couple of nights ago where an individual was placed on hold for about 43 seconds,” Tidwell said.

But records obtained exclusively by WWL-TV show the burglary-in-progress call was far from a singular event. During the same two-week period as the missed call, Oct. 1 to 14, 839 calls went unanswered for more than 40 seconds, the records show.

That amounts to five percent of the nearly 17,000 calls that period. The  same records show that almost 2,200 callers got an operator within 15 to 40 seconds.

Suson Pardew was one of those 839 callers after hearing gunshots in her Ninth Ward neighborhood. Pardew, herself a former 9-1-1 dispatcher, tried calling back. Again she got the recording.

“It said due to high call volume, you'll have to hold and basically wait your turn,” Pardew said. “I have never called 9-1-1 as a citizen and been put on hold. That was alarming.”

That same weekend, another caller failed to get through after witnessing an accident on Carrollton Avenue. Turns out that was the one-person crash in which retired Criminal Court Judge Frank Marullo slammed into a pole on the neutral ground.

While it appears others reported the same accident and there was little delay getting an ambulance, one concerned caller fired off an email to Mayor LaToya Cantrell.

Morris said the relatively small percentage of calls going to the recorded message should not be cause for alarm.

“I think over a two-week period, 800 calls, I don't think it's unrealistic as far as the existing conditions on the ground in the industry of emergency communications today,” he said.

Morris explained that the recording could more accurately be described as a “ringing message.” He said it is used by other call centers to replace a ring tone. And while none of New Orleans' neighboring parishes use such a message, other big cities do. And, in fact, cities such as Atlanta, St.

Louis and Portland, Ore. have recently reported their own delays in answering 9-1-1 calls.

Morris said the primary reason behind the use of the recording is OPCD’s current shortage of call takers.

“America is short staffed,” Morris said. “The whole country seems to be short staffed right now, and so we are constantly finding it difficult to attract top talent.”

Morris said the Covid-19 pandemic and job stress has have hit his agency hard. He said that with pay for operators starting at about $35,000 a year, filling the current 20 vacancies out of a call staff of about 140 has been challenging.

“When you look at exit interviews, people will have left the organization voluntarily,” he said. “They're either leaving the state, they're leaving the profession altogether or they have just said, You know what? I've done it. I'm tired. I want to do something else.”

At times, even Morris has stepped in.

“There are times where I see a call holding. I'll plug in and take the call,” he said.

Morris said one of his strategies to increase pay is to change the classification of operators and dispatchers from clerical workers to first-responders.

“It's time that we reclassify,” he said. “And so some states have taken the initiative.”

Morris testified Monday at City Council budget hearings about his plans to replenish his staff. He told the council that he hopes to hold at least one training academy a month for new operators, with a goal of filling the vacancies by Mardi Gras.