Is Texas turning blue? A new poll shows Texas is holding to be a competitive state this year.

3News spoke with local professors and the different party chairs to explain the economic changes throughout our state that are making an impact this election season. 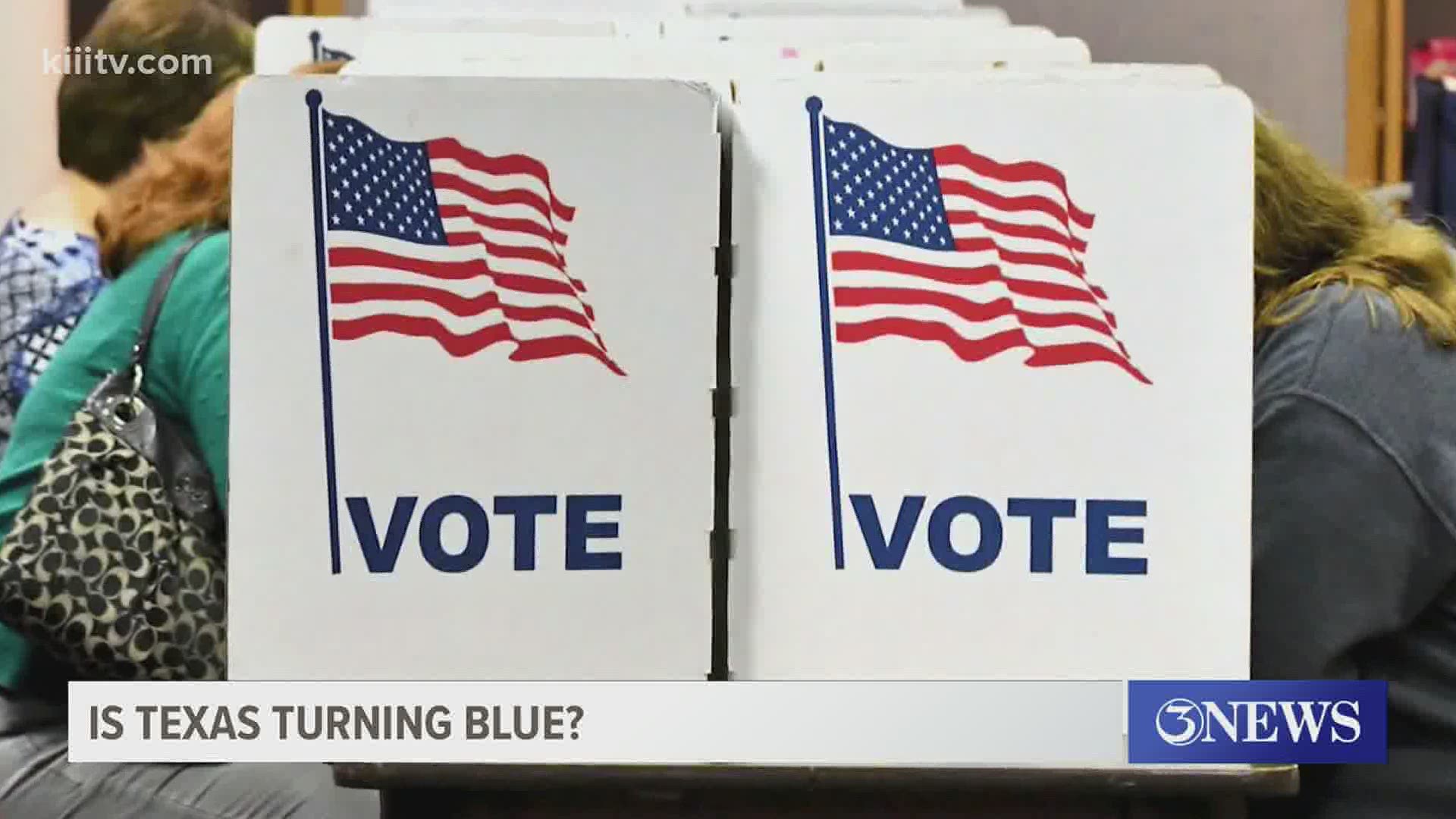 CORPUS CHRISTI, Texas — The Texas Democratic Party put out a poll that showed more voters were leaning Democrat in the 2020 elections compared to years before.

"Normally Texas is a pretty deep red state where you see clear advantages for the Republican incumbents for both the senate house and presidential levels," said Travis Braidwood, an associate professor of political science at Texas A&M Kingsville.

However, for the 2020 election season proved to be a competitive year for Texas.

"What is surprising, however, is the degree that Texas is swinging more towards the middle than what we expected," said Braidwood.

While it may be too early to call Texas a swing state, there are a few demographic and economic changes that impacted the voter turnout.

"There are more people moving into Texas, which brings more people into more urban areas, who tend to lean more Democrat," said Braidwood.

Younger voters and an increase in the Latino population also appeared to be contributing to the overall state shift.

"In Texas I should say, Republicans are concerned with prioritizing economy, and this is followed by a concern of socialism and communism. While contrast that with Democrats, their primary concern is removing Trump from office followed by the COVID-19 epidemic."

"When Beto ran he didn't lose by that many percentage points so we knew we were right on the verge of turning Texas blue so I believe this time around we will turn Texas blue," said Joel Mumphord, the elections administrator for the Nueces County Democratic Party.

However, the Nueces County Republican party said they'll just have to wait and see.

"It is a poll and like we saw in 2016, the polls can turn a different story than what voters are actually thinking and doing," said Cierra Medina, the executive director of the Nueces County Republican Party.

Both agreed on one message to voters in the community:

"This is a very crucial election, you need to go vote," said Mumphord.

"We need to get out and vote regardless," said Medina.