Is the French Quarter safe? 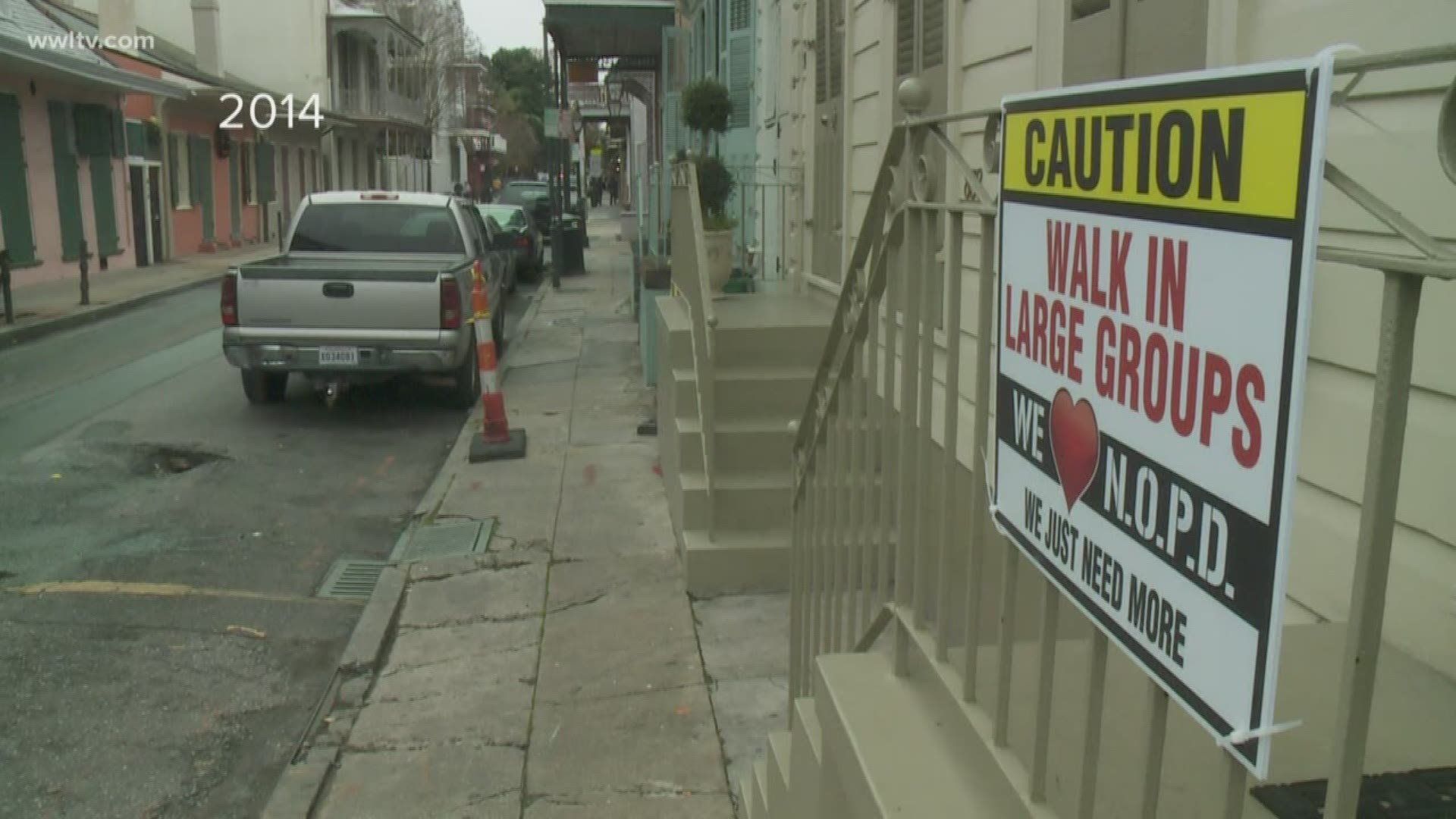 NEW ORLEANS — You can't escape the jazz, cuisine, and colorful character that makes up the French Quarter, but with two high profile homicides this year many may wonder: Can you escape the crime?

There have been four homicides in the French Quarter total this year, but the French Quarter Management District believes violent crime is down. People who live and work in the quarter agree. They believe they are generally safe.

"I think it's one of the safest parts of our city," said Bob Kirtland with Royal Carriages Tours.

While it may feel dangerous to some, right now there's no indication that crime is on the rise.

"The people who live here, they know how to live here," said Bennie Rizzo who frequents the French Quarter.

In 2014, people were hanging signs warning others to walk in large groups. Now, the French Quarter has more security with NOPD, state police and the task force.

"Most real criminals do not do anything down here because we have a tremendous amount of police protection and cameras everywhere," Kirtland said.

Despite that, there have already been five homicides this year in the 8th District. That's as many as all of 2018.

RELATED: Bourbon Street shooting suspect faces decades in prison, but not for murder

Police are cracking down on guns, with 57 reports of illegal carrying of guns  in the French Quarter so far this year, 48 of those on Bourbon Street.

The task force warns that most crimes occurs in the early morning hours.

"I don't allow myself to be alone at night around here," Rizzo said.

While rape numbers have been declining in the 8th district over the past few years, there have already been 37 reports of rape this year, that's 25 percent of all rapes that have taken place in the city. It's also worth noting, when you add tourists, the 8th District also has the most people.

Those who frequent the French Quarter recommend staying aware, but don't be afraid to embrace all that it has to offer.