In a rare television interview, Smith talks about his time in the civil rights movement and how he's still inspiring young people today. 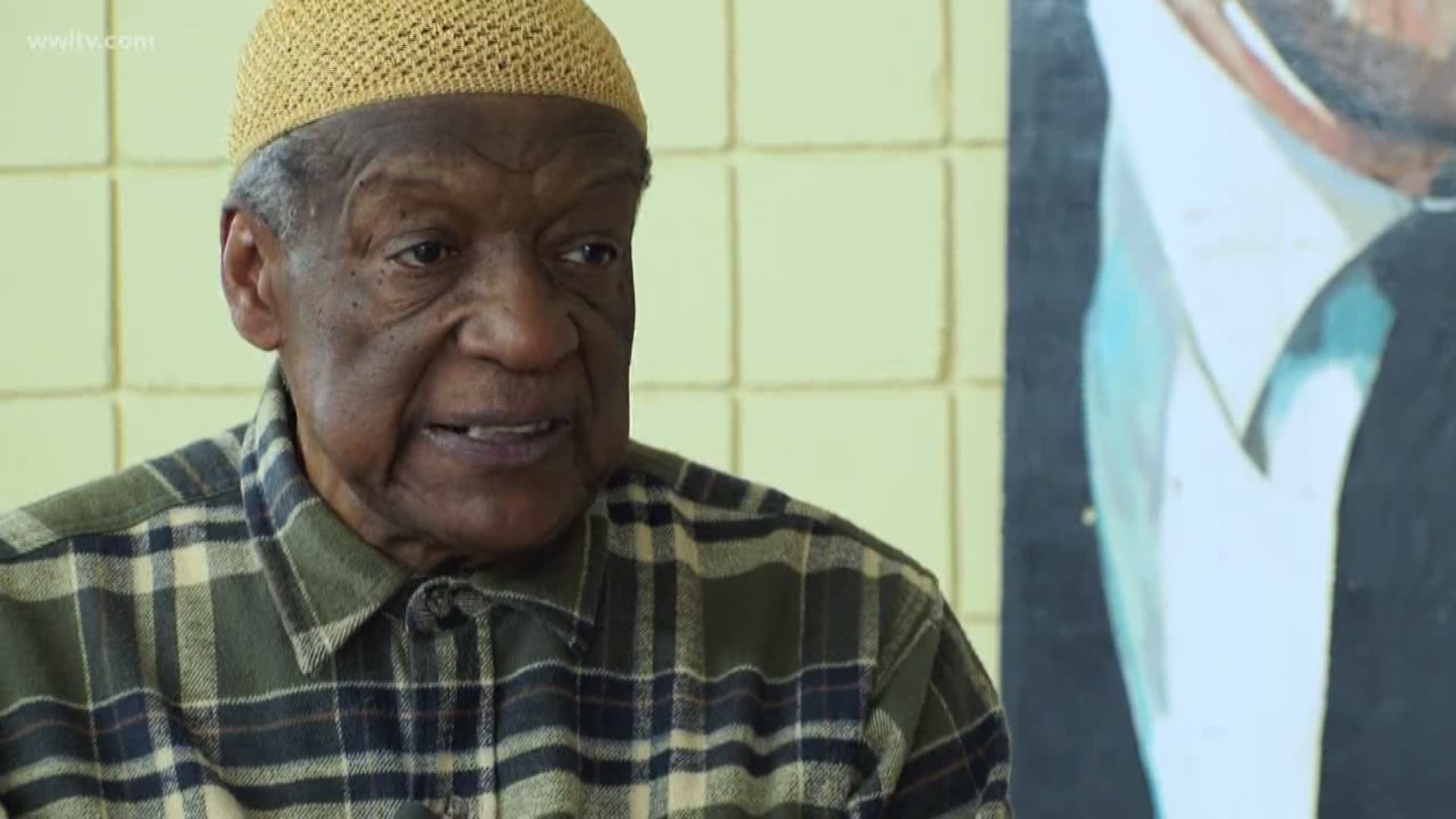 In Treme walks a figure as important as he is imposing.

Around the Treme Center and throughout town, Jerome Smith is known as “Big Duck” because wherever he goes, he has a line of kids following him around like little ducklings.

Wherever he goes, Smith takes his memories with him. The morning we sat with him, he pulled out pictures of some of his friends.

“This is Doris Castle, and Julie Aaron. This is the lady that brought tears to Dr. King’s eyes,” Smith said.

Smith and the women in the picture are not just friends, they are pioneers.

“And each time we were in situations where we survived, it made me thankful for somebody's prayer,” Smith said.

His journey into history began at an early age, on a much shorter trip than the ones he would eventually take know as the “Freedom Rides”.

“So one day, I was going up in the 7th Ward, when I got on that streetcar. I just sat down. And the White folks on there, they went crazy! The conductor started cussing me. Two or three folks said I needed my behind beaten and this and that and the other. This Black woman came up to me, slapped me upside my neck! Grabbed me by the shirt, made me go by that back door! And said, ‘I’ma fix him. I’ma make him get a beating for disrespecting ya’ll.’ When she grabbed me and slapped me I said ‘Oh mean woman! Beating on me!’ And when she got out, she just grabbed me and said something like a prayer. And she was crying and she said ‘God want you to do this. God want you to do that.’ And I ain’t stop yet!”

Smith never forgot that woman. Once he enrolled at Southern University, his passion for justice took off.

“I was reading all Dr. King’s stuff. We was reading a lot of Kwame Nkrumah from Ghana. We was hungry cause we knew what other college kids were doing. So, that enabled us to be prepared and then it was just a matter of going to jail. It was a matter of accepting that! Period!”

Smith participated in Sit-In’s at Woolworth’s on Rampart and Canal Street and got involved with the Organization “Congress of Racial Equality,” also known as “Core.” In 1961, Smith joined several men and women, Black and White in what became known as the “Freedom Rides” -- a series of bus trips across the South. The group made several stops, protesting against segregated bus terminals.

“Out of those experiences, I wind up...oh my goodness. Going back to Baton Rouge, went to jail in Baton Rouge. Went down to the Carolinas. All through Mississippi,” Smith said.

During those rides, buses were set on fire. Passengers were attacked. While in Mississippi, Smith was beaten by a White man with brass knuckles. 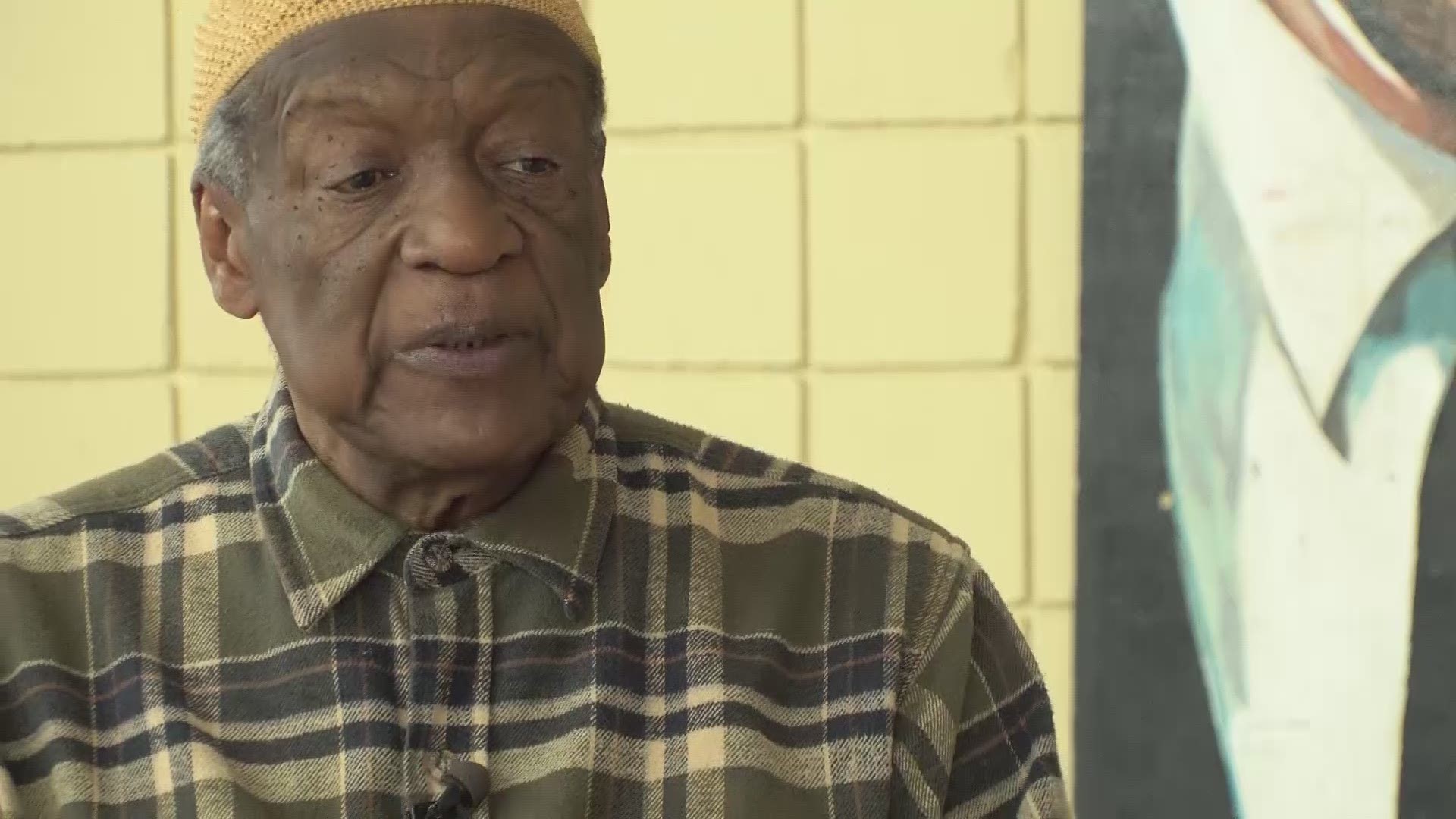 There were times where the beatings, the attacks on activists, the bombings, the lynchings and the killings of people throughout the movement became unbearable.

“They had done murdered a lot of people! Just think about if you would be a mother, and then you had to go to the church and the church done be blown up and there's a brick in your daughter's head. Just think!” Smith said.

It’s those mothers and countless others who fought and died that stayed with Smith during a historic meeting with Attorney General Robert F. Kennedy in May 1963.

"I told him it didn't mean nothing for me to be there. You know ... it was nothing I would clap for to meet with him or his brother. And that you would not understand me until you understand that madness is colorblind,” Smith said.

Smith says what really upset Kennedy was when he told him he would never fight against Cuba or join the military when, right here on American soil, Blacks weren’t being treated with respect and dignity.

Smith says Kennedy was troubled by his bluntness, but the African American leaders in the room told Kennedy, if there’s anyone the Administration needed to listen to, it was Jerome Smith.

"But what really got him, his brother (President John F. Kennedy)  died about five months or so after that. And I was speaking spiritual things...and really, he entered a world that he had never touched that way,” Smith said.

Smith’s honesty eventually lead to the Civil Rights Act being passed in 1964.

"In those moments, folks think you're brave. It's about a collective strength! So I wasn't in there with him by myself! I was in there with all of these people! These people I done been to jail with! That's the spirit I come in the room with! And I ain't gonna come in his territory and try to define my person in his space,” Smith said.

Today, Jerome Smith still fights for justice. He talks to the youth at the Treme Center and Hunter’s Field. They recite “Amazing Grace” and Billie Holiday’s haunting song about lynchings, “Strange Fruit.”

Smith teaches the children about civil rights legends, both locally and internationally, and the sacrifices they made.

We asked Smith how far does he believe we’ve come as a nation, 55 years after the Civil Rights Act was passed.

“Technically, in ways there's been some improvement. But spiritually we done stepped back." Smith replied.  "We have to remember, the country and Congress, disrespected us they way they treated Obama. From that slave ship to the white house. We have to determine how we want to applaud that. Cause no White American done been denied that opportunity.”

Until Smith believes those opportunities are granted, he says he will continue fighting, starting off his day like he does every morning, at the Treme Center.