Lake Pontchartrain filling up with fresh water from Mississippi River 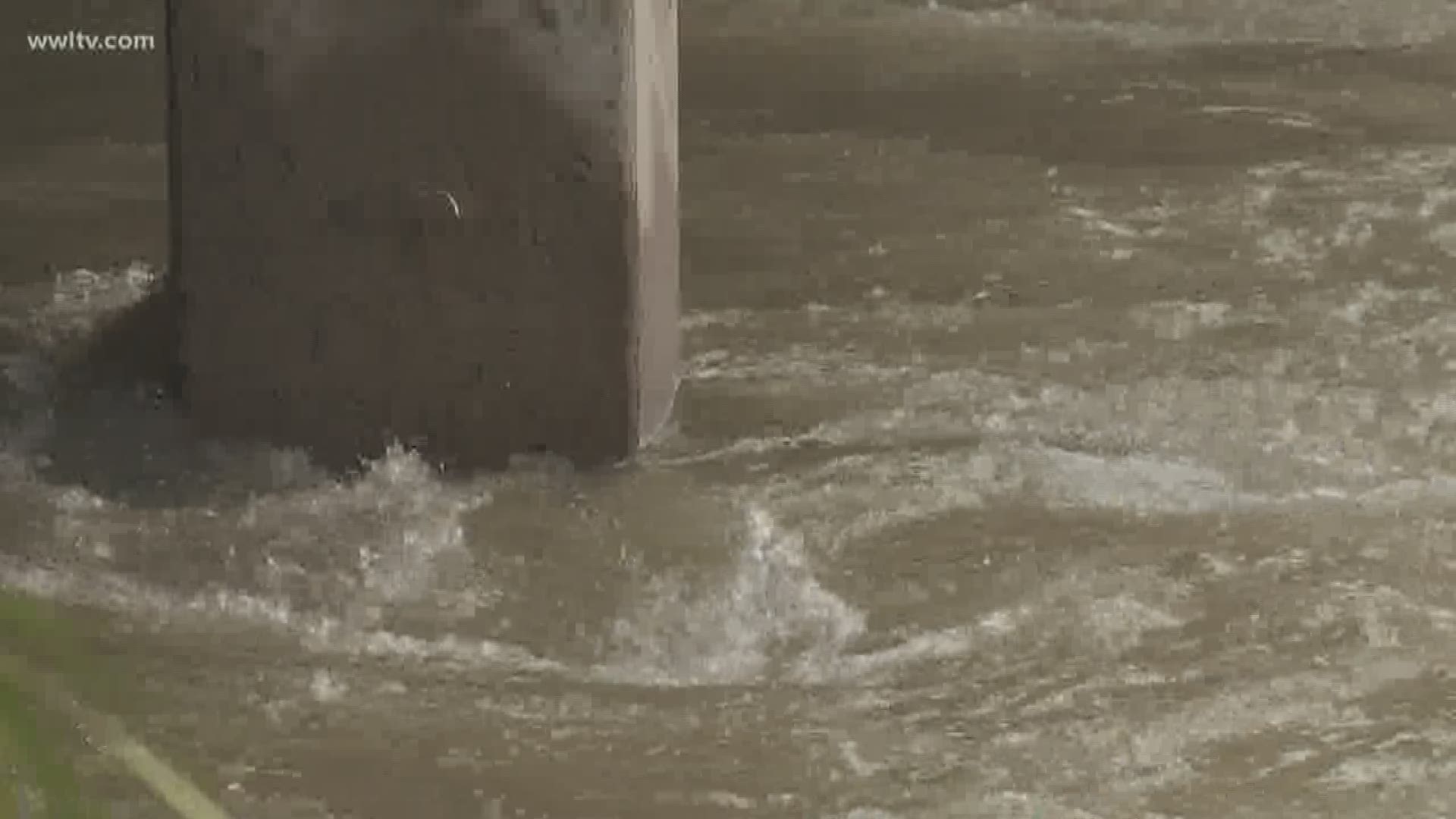 NEW ORLEANS — Water from the swollen Mississippi River is rushing through the Bonnet Carre Spillway toward Lake Pontchartrain at a rate of about 1.5 million gallons per second.

The Army Corps of Engineers has opened 206 out of the 350 bays on the spillway structure to take the pressure off levees down river.

Brady Skaggs from the Lake Pontchartrain Basin Foundation says in two weeks time about 75 percent of the salty water in the lake has been displaced by fresh water from the river.

"You will see changes in a way that fish populations or crab populations are distributed across the basin," Skaggs said. "If you're interested in fishing for speckled trout, they've probably moved on to other areas."

Fisherman Pete Gerica now has to travel farther to reach the fish he normally catches. He says fish are migrating east out of the lake through Chef Pass toward Lake Borne.

"It's more time and time is money," Gerica said.  "A lot more fuel. It's something that you've got to put up with."

Gerica admits he will likely take a major hit to his livelihood this year, but he knows opening the spillway is necessary.

"It's something that's got to happen," Gerica said. "We don't like seeing it because it moves us around and costs us money. But, you know it's for the benefit of the city."

The Louisiana Department of Wildlife and Fisheries is now reopening the oyster season in designated portions of the public oyster seed grounds for bedding purposes only.

This gives harvesters time to move their oysters to other areas before the expected influx of fresh water.

"You get silt and your oysters are filters and silt will smother them," Gerica said. "Some fresh water is good, but too much is bad."

While each opening is different, the lake basin normally bounces back pretty quickly after the spillway closes.

"Since the 2008 opening, each opening has been about a 4 to 6 month period where there's been that rebound," Skaggs said. "It's pretty resilient in that way."

An Army Corps spokesman said the Mississippi River was expected to crest at 16.8 feet at the Carrollton Gauge either late Wednesday or Thursday.

That is slightly below flood stage in the New Orleans area.