$15 million development that could have saved N.O. East lakefront fails

The state Lakefront Management Authority held the development company in default of its lease on May 27, citing nearly $50,000 in past-due rent & interest. 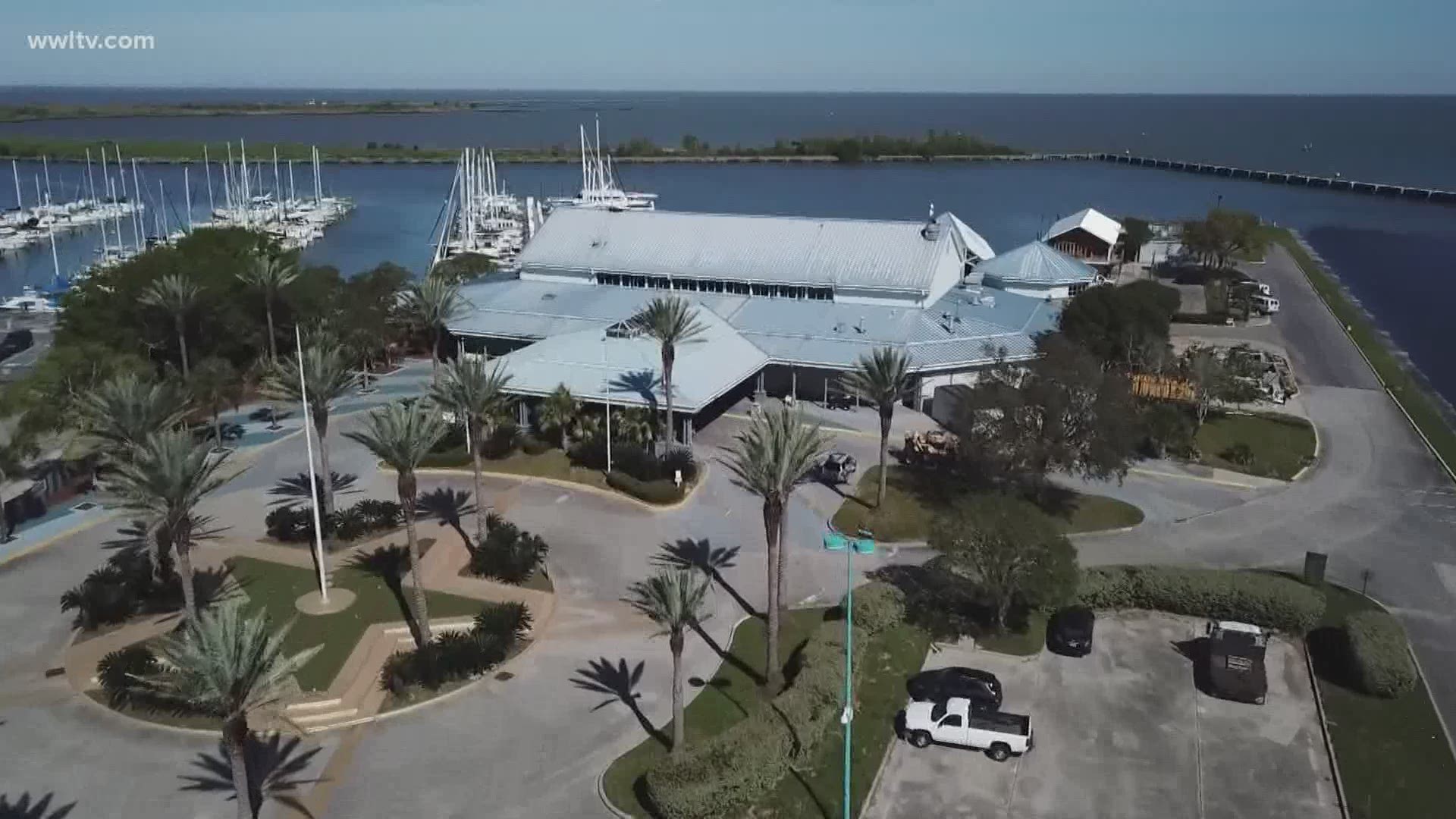 NEW ORLEANS — Last summer, when the FBI was investigating developer Roland Von Kurnatowski and his investors were suing him for millions of dollars, his saving grace was going to be a $15 million development on public land in New Orleans East.

“I’m feeling better than ever in spite of all the difficulties of late; we’ve made good progress here,” Von Kurnatowski told WWL-TV in May 2019. “Eyes will be opened all of a sudden and it will be ‘Why didn’t we think of that?’"

But a few months later, in September 2019, Von Kurnatowski, the longtime former owner of the revered Tipitina’s music club who also rebuilt the historic Orpheum Theater, was dead from a single shot from his own hunting rifle.

It happened at his hunting camp in Mississippi. The Hancock County coroner said he believed it was a suicide. The sheriff said it was an accident. The state Medical Examiner eventually recorded the manner of death as “undetermined.”

And now, the project Von Kurnatowski put so much faith in, the Lakeshore Landing entertainment and event venue on state land next to the Lakefront Airport, will never open.

The state Lakefront Management Authority, a government body that oversees public property outside the levee protection system, held Von Kurnatowski’s development company, Studio Network-Lakefront, in default of its lease on May 27, citing nearly $50,000 in past-due rent and interest.

The authority’s attorney, Jeff Dye, is now waiting on board approval, possibly this month, to evict Studio Network-Lakefront from the premises.

The Lakeshore Landing project began in February 2016, with the state agency granting Studio Network-Lakefront a 50-year lease on the old Bally’s Casino property with an option to extend it to a 99-year lease.

Over the next three years, Von Kurnatowski was able to complete about half the project, fully renovating one building as a space for meetings and parties, opening a small shop, building a shed for the National WWII Museum to run tours of a PT boat, installing a much-needed fuel dock to serve boats at South Shore Harbor and opening the Lazy Jack Bar & Grill.

Von Kurnatowski had started on the next phase, a large concert and event venue in the old casino’s main pavilion, when he said he started having significant cash-flow problems in late 2018. The authority’s attorney says the fuel dock and other aspects of the project have fallen into disrepair and estimates there’s still about $7 million of work left to do.

Investors already allege Von Kurnatowski took their money for trading treasury bonds in a fund called Bond Fund One and moved it to his real estate projects without their knowledge. Several of them have sued, alleging Von Kurnatowski ran a Ponzi scheme and owes them millions.

Some of them have already lined up with more than $3 million in claims against his estate, said Shaun Rafferty, the court-appointed administrator for Von Kurnatowski’s succession.

Not included in that tally is another million or so brought forward at last month’s Lakefront Authority board meeting by some of Von Kurnatowski’s former employees and partners in the Lakeshore Landing project.

Phylis Accardo, owner of Deanie’s Restaurant & Bar on Hayne Boulevard near the airport, said she’s owed about $60,000 for running the Lazy Jack Bar & Grill on the harbor side of the old casino pavilion at Lakeshore Landing, as well as for Deanie’s food Von Kurnatowski sold at a convenience store next to a fuel dock he had opened there.

“I never got a dime for that Deanie’s food he sold in that shop,” she said.

She got emotional as she addressed the Lakefront Authority board last month.

“The future of the project is so important to this community,” Accardo said. “I think it's so much more important than anyone gives it credit for.”

Then others approached the microphone, saying they believed in Von Kurnatowski’s project but were upset to be left holding the bag.

“Roland Von Kurnatowski, the owner of the company, would frequently ask me to buy things for the company,” said Hugh Ettinger, who worked for Von Kurnatowski until he was fired last year at the age of 93. “Starting in late 2018, the company started to fall behind on those reimbursements. Then in January ‘19, they fell behind in paying me. It was not until August 2019 that they resumed paying me and that was at a reduced rate.”

Johanna Malbrough also said she believed in Von Kurnatowski and liked working for him as an accounting manager. But she told the Lakefront Authority she’s owed between $6,000 and $7,000 because the company was deducting payroll taxes from her paycheck and not reporting that to authorities.

“And so of course during this virus when everyone was able to collect unemployment, I wasn't,” she said.

A person who has been advising Von Kurnatowski and his widow, Mary, said Malbrough was in charge of payroll and Accardo ran the Lazy Jack rent-free, so they are not owed any money.

Rafferty was appointed to administer Von Kurnatowski’s estate when his widow, Mary Von Kurnatowski, declined to open succession. Rafferty said she and three others “somehow” laid claim to membership in the Studio Network-Lakefront development company without going through the proper process.

“I have not seen any of the underlying documentation, so have not been able to determine whether any of the purported transfers are valid,” Rafferty said.

“The amounts claimed (against the succession) are so substantial that one has to wonder where all that money went,” Rafferty added. “I’d certainly appreciate any leads that anyone wants to give me.”

“Roland had a wonderful vision for this development, and I would like to see that vision realized,” she said. “I stand ready to help the Lakefront Management Authority in any way necessary to get this project completed.”

But that is looking unlikely, at least not without the Lakefront Authority taking back full control of the property and putting a new lease out to bid.

That’s because Von Kurnatowski took out a mortgage on the lease in 2016 without seeking or receiving the authority’s approval, as required by the lease, Dye said. He said the authority will not be able to transfer the lease to a new developer unless the $2.4 million balance on the IberiaBank mortgage is paid and any new investor proves he or she has $7 million in financial backing to finish capital improvements.

Dye said the taxpayers should not be on the hook for the mortgage balance because liens cannot be placed against the state and the authority never agreed to the mortgage in the first place. If the Lakefront Authority evicts Studio Network-Lakefront, the lease terminates and so does the mortgage, Dye said.

The Lakefront Authority had to hire Dye as an outside attorney for the Lakeshore Landing project because another attorney for the agency, Gerald Metzger, had a conflict. Von Kurnatowski listed Metzger in the 1990s and early 2000s as the liquidation agent for BFI, the bond fund that’s the subject of the fraud allegations.

RELATED: S&WB lost key source of power during storms - 'It was more rain than our system could handle'