State Police say an 18-wheeler hauling avocados was unable to stop as traffic slowed from congestion and caused a 10-car, chain-reaction, fatal crash that left 4 dead. 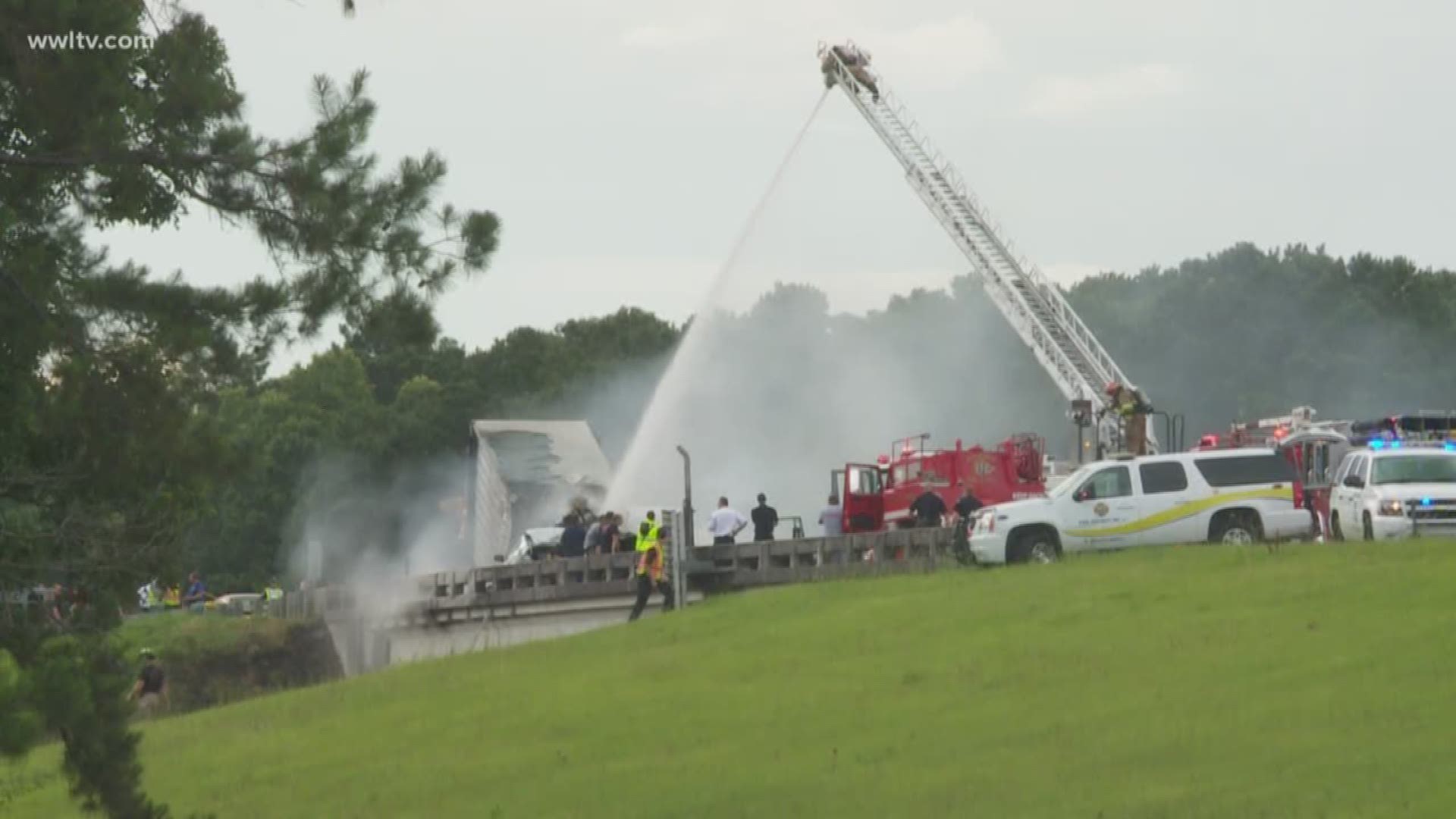 COVINGTON – An 18-wheeler hauling a load of avocados slammed into a Lexus and Toyota 4Runner, starting a chain reaction, 10-vehicle crash that left 4 people dead and several others injured Saturday afternoon on I-12 east at LA 21.

The 18-wheeler jackknifed during the crash and caught fire, which spread to three other vehicles, according to State Police.

The driver of the 18-wheeler died at the scene. There has been no positive identification made on the driver. Two people, Yoland and Keland Simmons of Baton Rouge were in the Lexus. They were pronounced dead on the scene. Rachel Lehmann of Mandeville was in the 4Runner. She was taken to the hospital where she later died.

The other injuries ranged from minor to moderate, including a St. Tammany Parish deputy. State Police said all of those people are expected to make a full recovery.

State Police also said that impairment has not been determined and that toxicology tests are pending following an autopsy.

Traffic on eastbound I-12 was shut down for about 10 hours and reopened at 2 a.m. Sunday.

The crash remains under investigation, however State Police say accidents like this tend to occur because of distracted driving.

"Crashes like this are horrific and they don't just affect the first responders on scene, they also affect all the families involved, the communities they live in. It's a widespread effect and it's usually because people don't pay attention behind the wheel," Melissa Matey of Louisiana State Police said.

Viewer submitted video showed crews working to extinguish the fire shortly after 4 p.m. According to the fire department, the fire is now out.