The teens were walking on Patricia Street near Juno Drive when people inside a dark SUV began shooting. 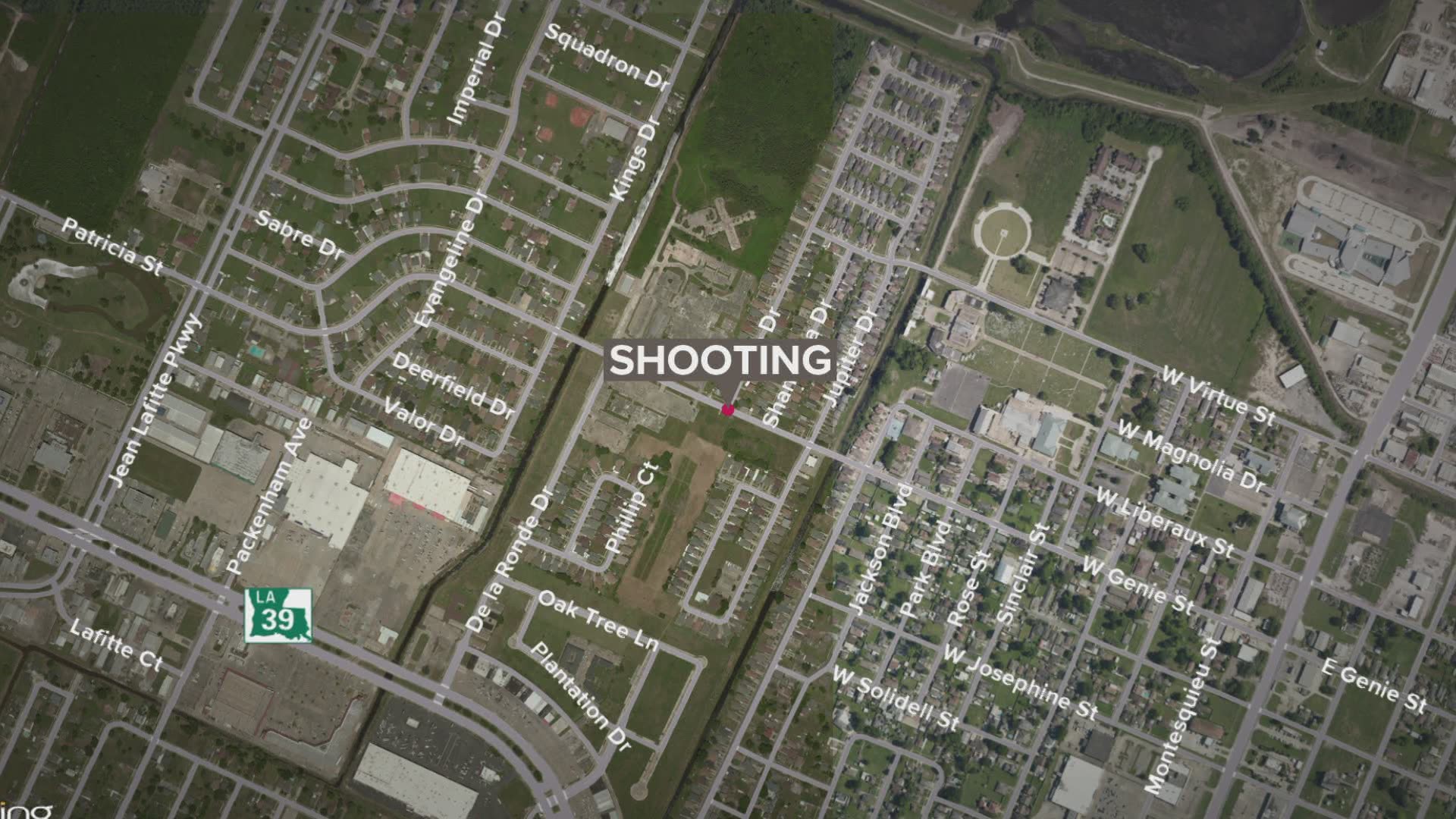 NEW ORLEANS — Two teenagers were walking in Chalmette neighborhood late Saturday night when shots came from a nearby dark SUV, before it drove away, deputies said in a report.

Deputies were sent to the scene around 11:45 p.m. after reports of a shooting in the area, and when they got there, they found the first victim, 15, wounded by gunfire lying on the sidewalk. The second victim, 16, was found by deputies on Patricia street also.

The teens were walking on Patricia Street near Juno Drive when they were wounded.

The teenagers told deputies the SUV was driving east when the shooting began, a report from the St. Bernard Parish Sheriff's Office said.

Deputies said the 15-year-old victim's condition was stable, but they had no information on the other victim.

Sheriff Pohlmann said no one else was injured in the incident, and the investigation is ongoing.

"Anyone with information about this incident, or any other criminal activity pertaining to St. Bernard Parish or any of its residents, can call the St. Bernard Sheriff’s Office at (504) 271-2501 or its Criminal Investigations Bureau’s tip hotline, (504) 271-TIPS or 8477 where callers can leave a detailed message, and either choose to provide their contact information or remain anonymous," the release said.