Rice in your dinner or your baby's food has arsenic in it. What is being done about it.

Rice absorbs arsenic more readily than other crops. Even though it's natural & minimal, there are ways to cook the the toxin out. 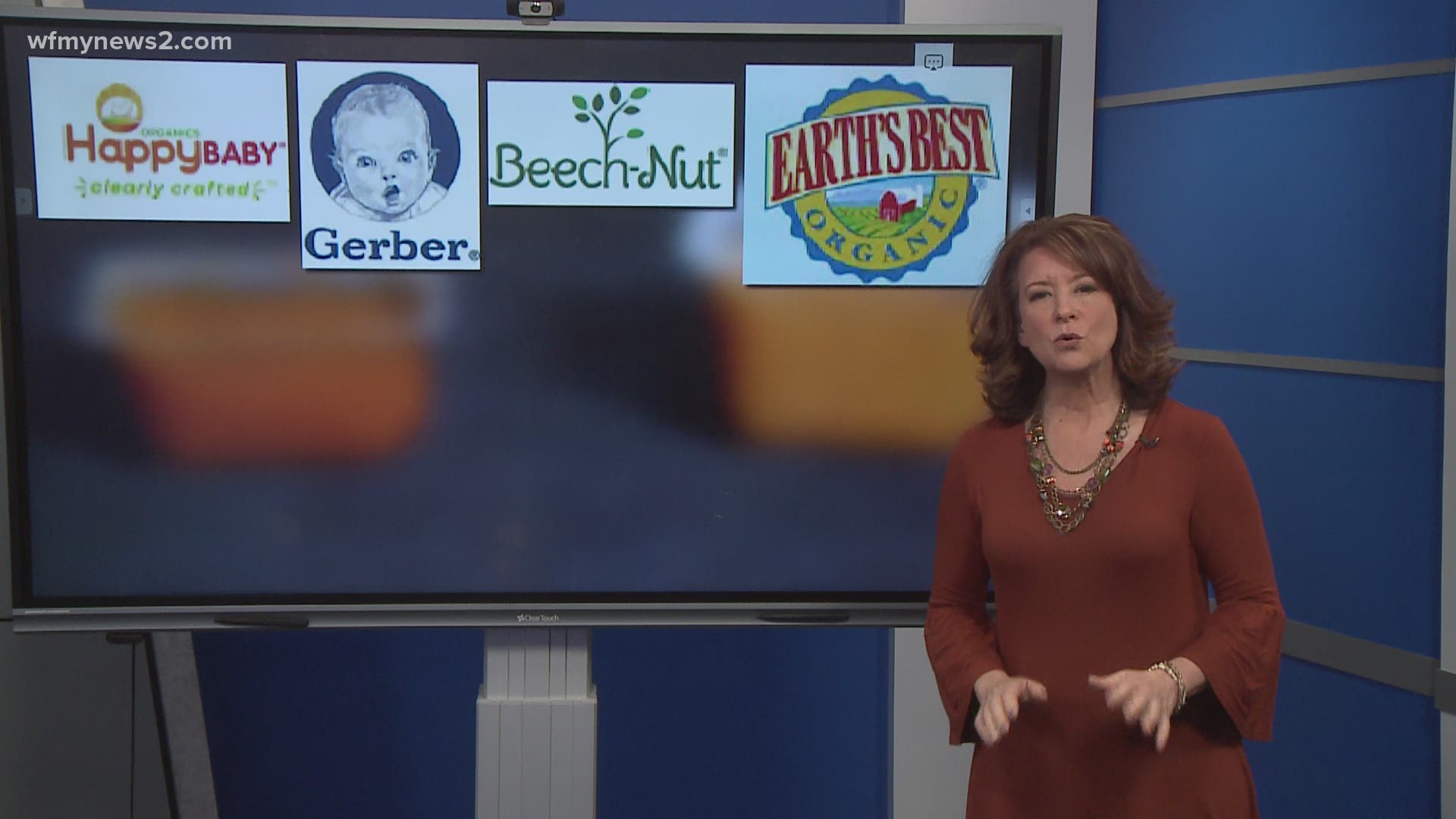 GREENSBORO, N.C. — A recent report on toxic metals and baby food has a lot of people talking about arsenic in our food.

You might be wondering why does the FDA allows any toxic elements in our food sources at all, but toxic elements like arsenic occur naturally. Like many other elements, it enters the food supply through the soil, water, or air while growing.

According to the FDA, these elements cannot be completely avoided, even using organic farming practices. But that doesn't mean there's a free-for-all. The FDA sets guidelines and tests foods.

Four of the largest manufacturers of baby food in the U.S.,
the companies behind Happy Baby, Gerber, Beech-Nut, and Earths Best Organics are responding to a staff report put together for a subcommittee in the US House of Representatives, for having dangerous levels of arsenic, lead, cadmium, and mercury in their baby foods.

Three other companies cited in the report didn't respond to the subcommittee, including Walmart’s Parents Choice brand, Sprout and Plum Organics brands.

Know this, the FDA has only set one metal standard for baby food and that's 100-parts-per-billion of arsenic allowed in infant rice cereal.

This report showed current FDA  measures aren't enough  and conclude that the FDA should:

Require companies test their finished products for these metals

Put warnings about higher levels on the labels

In the meantime, what should a parent do?

“I would say one of the biggest concerns I saw from the report was the organizations that wouldn't participate. So as a parent I would say I am more cautious. It did make me sit there and think. So maybe varying the brand the amounts of it,” said Pediatrician Dr. Elise Bream.

Campbell Soup Company, which owns Plum Organics sent an email with a link saying they did in fact work with the subcommittee. You can read the company response here.

RELATED: FDA to propose limits for arsenic and lead in baby food

Rice tends to absorb arsenic more readily than many other plants.

Regular exposure to small amounts of arsenic can increase the risk of bladder, lung, and skin cancer, as well as heart disease and type 2 diabetes. Recent studies also suggest that arsenic exposure in utero may have effects on the baby’s immune system.

The USA Rice Federation says, "Studies show that including white or brown rice in the diet provides measurable health benefits that outweigh the potential risks associated with exposure to trace levels of arsenic." consumer reports food safety experts to believe those levels do carry a risk.

COOKING THE ARSENIC OUT

According to several websites, extra water and boiling time are key. The Scientific American recommends not only rinsing rice before you cook it but cooking it in a ratio of 12 parts water and one part rice. This way, the arsenic is in the water, which you then pour out. Their estimate is this can eliminate between 60% to 85% of arsenic.

The No Meat Athlete includes these steps along with rinsing the rice again after it is cooked and then drying the rice in a covered pot to absorb the extra water.