Medical condition may have caused fiery, fatal wreck under I-10 overpass, police say

Construction crews working nearby ran to help free a man who was trapped in a burning vehicle. Using their tools, they freed him. 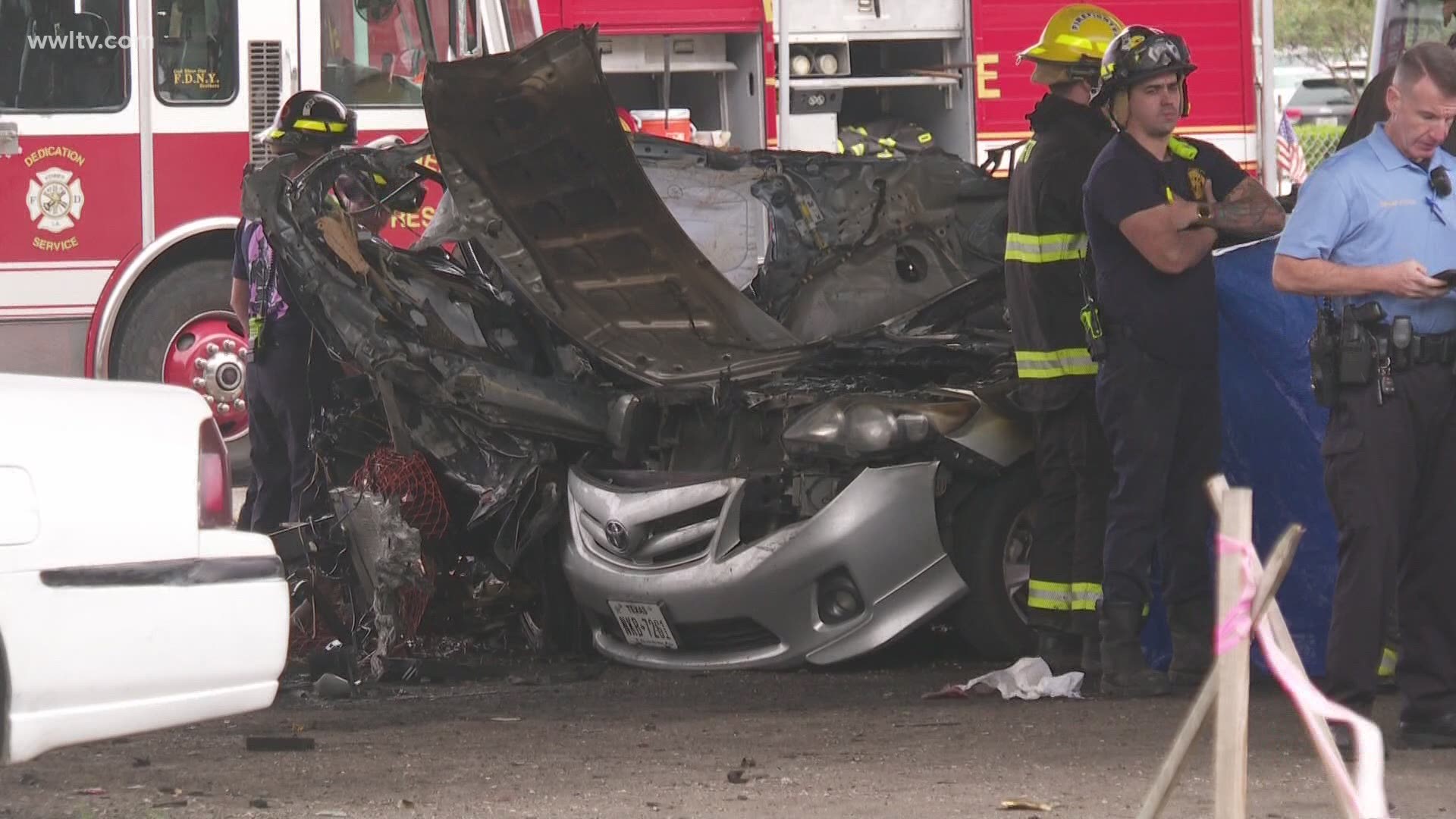 NEW ORLEANS — A woman was killed and her live-in boyfriend was reportedly critically injured in a wreck involving three cars "fully engulfed in fire" near the westbound Interstate 10 Loyola Drive off-ramp in Kenner Friday morning.

A medical incident, possibly involving one of the drivers having a seizure, may have been responsible for the crash, according to the Kenner Police Department.

Police initially said witnesses saw a car driven by Joseph Lewis, 47, speeding near the off-ramp Friday morning. before he reportedly lost control of the car, which swerved under the overpass, hitting a pillar and a construction worker's vehicle.

Police now say 35-year-old Charmaine Wallace was ejected from Lewis' car and was killed, pinned between the vehicles. She was wearing her seatbelt when the car crashed, police said.

A police officer who was near the intersection when the accident happened saw three vehicles engulfed in flames, an initial release from Kenner Police said. The officer saw the driver trapped in the burning vehicle and tried to free him.

Construction crews working nearby ran to help the officer free Lewis, who was trapped in a burning vehicle. Using their tools, they freed him before he was taken to the hospital.

Family members reportedly described Lewis and Wallace as being in a "loving relationship," and told police he was returning home from picking up Wallace after she finished an overnight shift at her job.

Police said Friday afternoon that Lewis suffered from severe seizures and had to seek medical treatment in recent weeks for his condition. They said a "medical condition" may have contributed to the crash in an update on the investigation.

The deadly crash was reported around 8 a.m. Friday, closing Loyola at the I-10, a spokesman with the Kenner Police Department said.

The crash caused a fire, fully engulfing the out-of-control car before a "chain reaction" spread the flames to the construction worker's vehicle and a third car under the overpass.

#breaking: from @KennerPolice, 3 vehicles are on fire at I-10 westbound at the Loyola Dr off-ramp. Loyola Drive closed

The exit ramp from I-10 West to Loyola Drive is closed to traffic due to a vehicle fire. Congestion is minimal. Use alternate route.