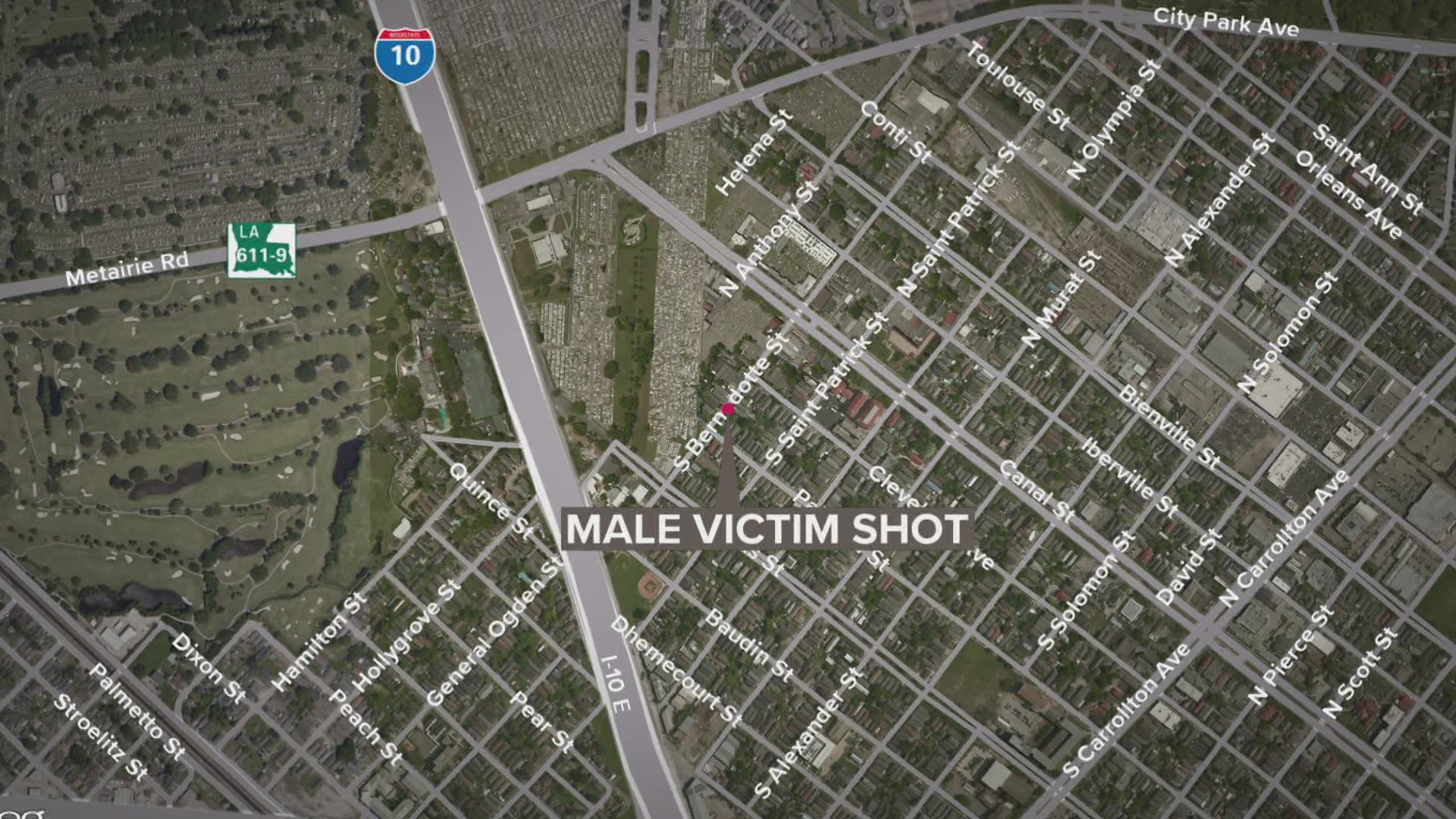 New Orleans Police Department spokesperson Paris Holmes said the first shooting happened around 12:17 a.m. in the 1500 block of Music Street, which is about two blocks north of Melba's Poboy's.

Paramedics with the New Orleans Emergency Medical Services were able to rush the victim of that shooting to a hospital, Holmes said.

The first shooting victim's name and age haven't been released, but Holmes said he was male.

The second shooting was reported by NOPD less than three hours later in the same neighborhood at 2:56 a.m. That shooting happened in the 2200 block of N Derbigny Street, about five blocks East of Melba's Poboys.

Holmes said the victim from the second shooting made it to the hospital without an ambulance. The only information police shared about the victim was that he was male.

Police reported that shooting around 4:42 a.m. with one male victim who was wounded a block away from Canal Street, near Cleavland Avenue & S Bernadotte Street.

A New Orleans EMS ambulance took the third victim to a nearby hospital.

The NOPD is investigating a shooting that occurred in the 2200 block of N. Derbigny Street.  Initial reports indicate there is one male victim suffering with a gunshot wound(s). He arrived at the hospital via private conveyance.  No further info is available at this time. pic.twitter.com/a76B6ugjYU