4 people killed by recent storms across the South 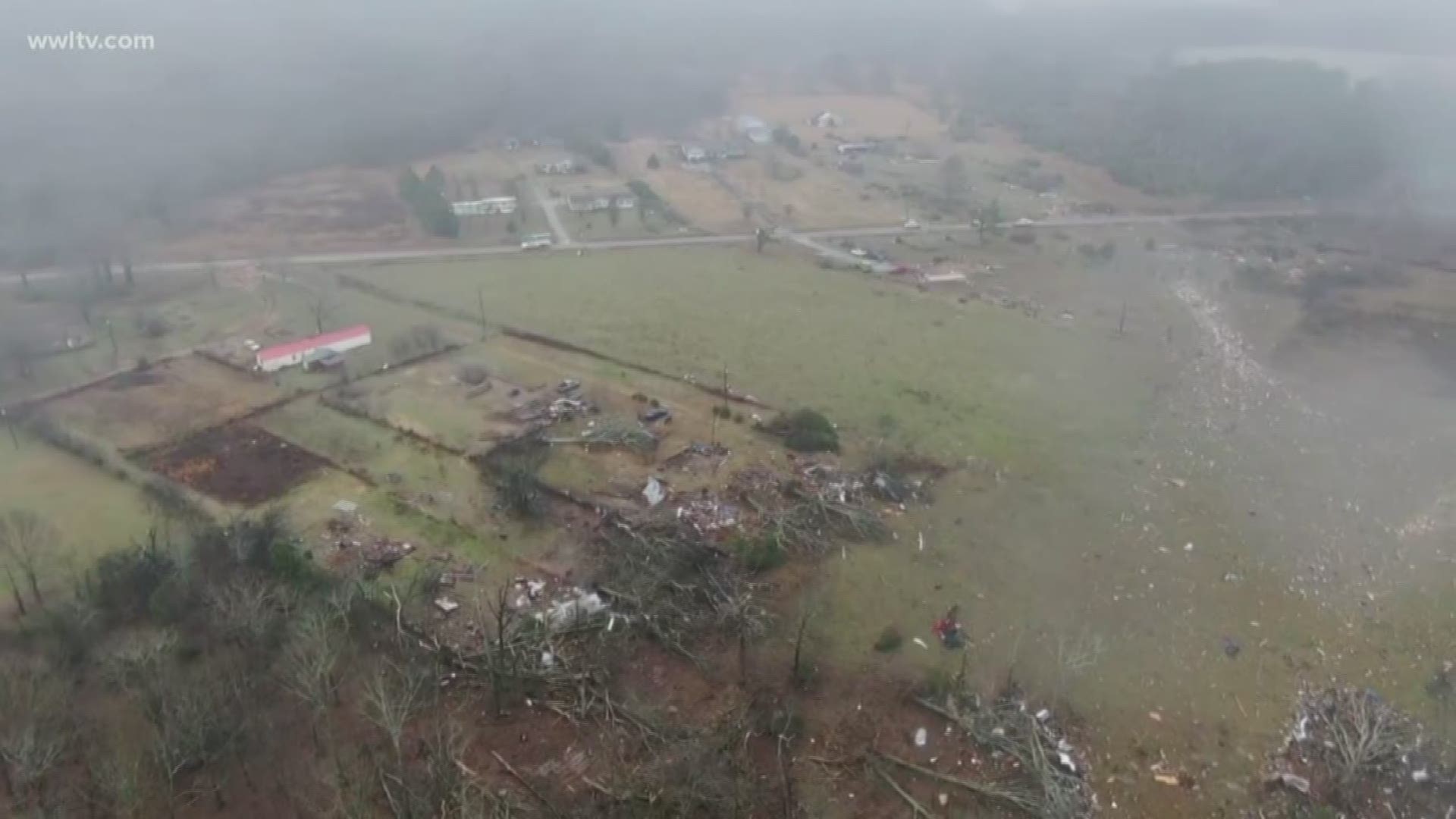 Forecasters have found at least 18 tornado paths from an outbreak of deadly weather in the South.

The agency says it has confirmed multiple twisters in Louisiana, Mississippi and Alabama.

The storms killed four people, including one person who died after heavy rains caused flooding in Kentucky.

A husband and wife died in Alabama, and Bettie Patin was killed when a tornado hit her home in Vernon Parish, about an hour north of Lake Charles. She died one day after she celebrated her 59th birthday.

The metro New Orleans area was spared any significant damage.

A small EF-1 tornado touched down in Tangipahoa Parish but no one was injured.

RELATED: One dead after apparent tornado touches down in Louisiana