4 takeaways after the Saints' win in Tampa

When Kamara gets more than 20 touches, the Saints are 5-0 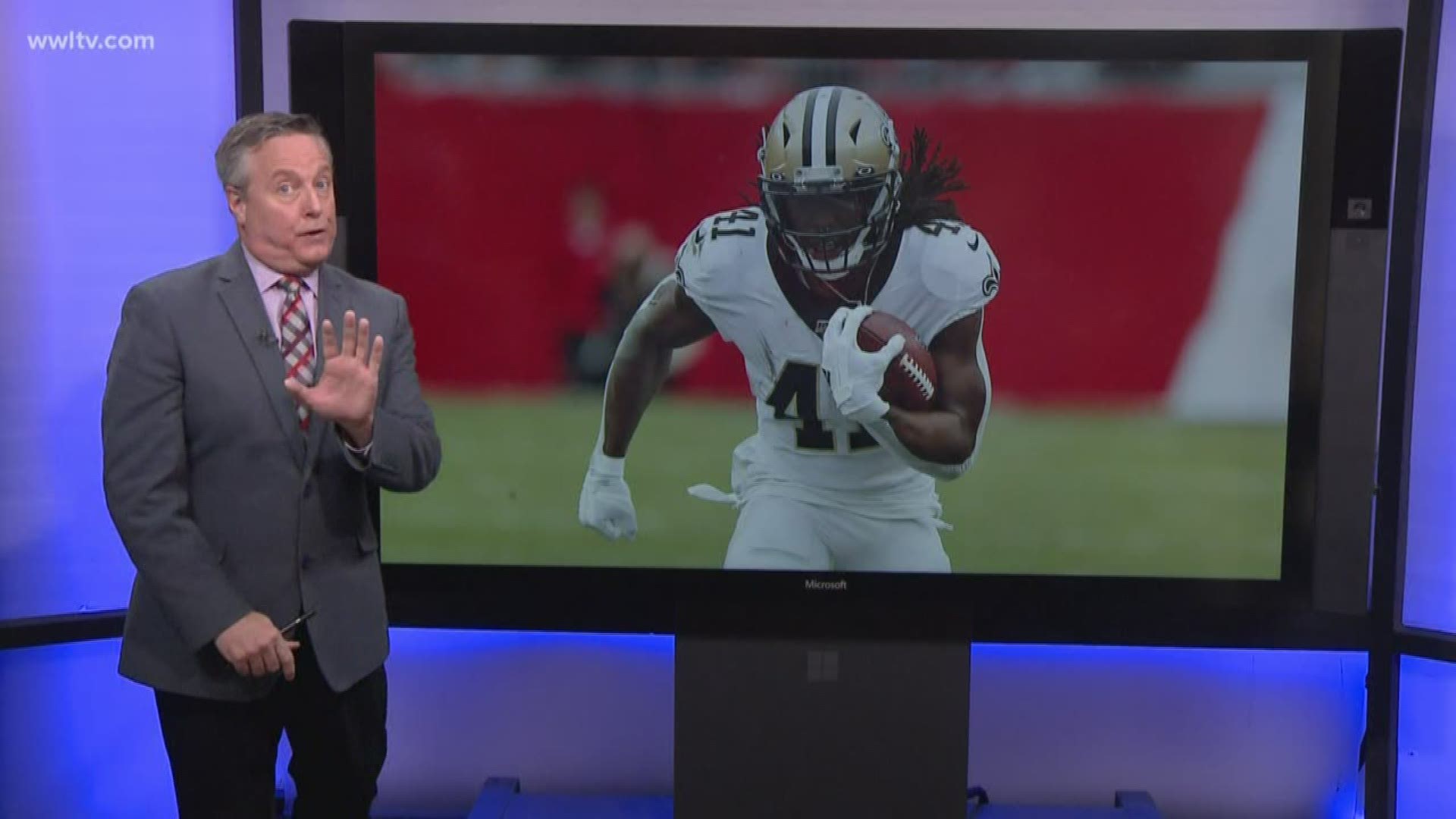 NEW ORLEANS — The Saints win in Tampa was an excellent win — across the board.

The 4 Takeaways begin with our two pregame questions. Cornerback Marshon Lattimore and Left Guard Andrus Peat were both out, and the Saints got great performances stepping up.

No. 4 For Lattimore, the entire Saints secondary stepped up

Credit: AP
New Orleans Saints outside linebacker Demario Davis (56) celebrates with defensive back Chauncey Gardner-Johnson (22) after Davis intercepted a pass by the Tampa Bay Buccaneers during the first half of an NFL football game Sunday, Nov. 17, 2019, in Tampa, Fla. (AP Photo/Jason Behnken)

The Saints secondary picked off Jameis Winston 4 times, and one number demonstrates how good the secondary was.

No. 3 The other step up: Nick Easton was solid.

It was actually a bit of a surprise that Nick Easton got to start. We thought Will Clapp would start for Andrus Peat, but the Saints offense did not miss a beat with Easton in play, and a couple of numbers back that up.

Drew Brees was not sacked. The Saints gave up 6 sacks last week to Atlanta. In Tampa, the Saints had 109 rushing yards as a team.

After rewatching every offensive snap last night, you can tell Nick Easton had a good ball game.

No. 2 Cam Jordan needs to be in the conversation for NFL Defensive Player of the Year.

He's that good. He's unreal. He should get a big piece of the credit for those 4 interceptions. Jordan was in Winston's face all day. Jordan had 1.5 sacks Sunday; that makes 9.5 sacks over 10 games, and that's a pace that makes this season his best ever, by far.

He hit Winston 4 times. As a team, the Saints had an incredible 12 quarterback hits, and those hits had a cumulative effect by the fourth quarter.

No.1 Welcome back, Alvin Kamara!

RELATED: Forecast: Saints look like themselves again thanks to Jameis Winston

Number 41 looked like his old self for the first time in weeks. In the first quarter of the Saints season, Kamara was thought to be the NFL's most valued player.

Actually, for five games, he was outstanding. Then, in week 6, he tried to play through a high ankle sprain in Jacksonville, sitting out the two games after that. Last week he didn't look quite right.

This week, Kamara's productivity was back. With Kamara, it's an eyeball thing. When he's on, he's doing ridiculous things, and in Tampa, he looked like himself again.

Kamara is magic, and getting that magic back is the No. 1 Takeaway from the Saints win in Tampa.

RELATED: What they're saying nationally about the Saints win over Tampa