A week after five people were shot on Bourbon Street, five more were wounded by gunfire on the same block. 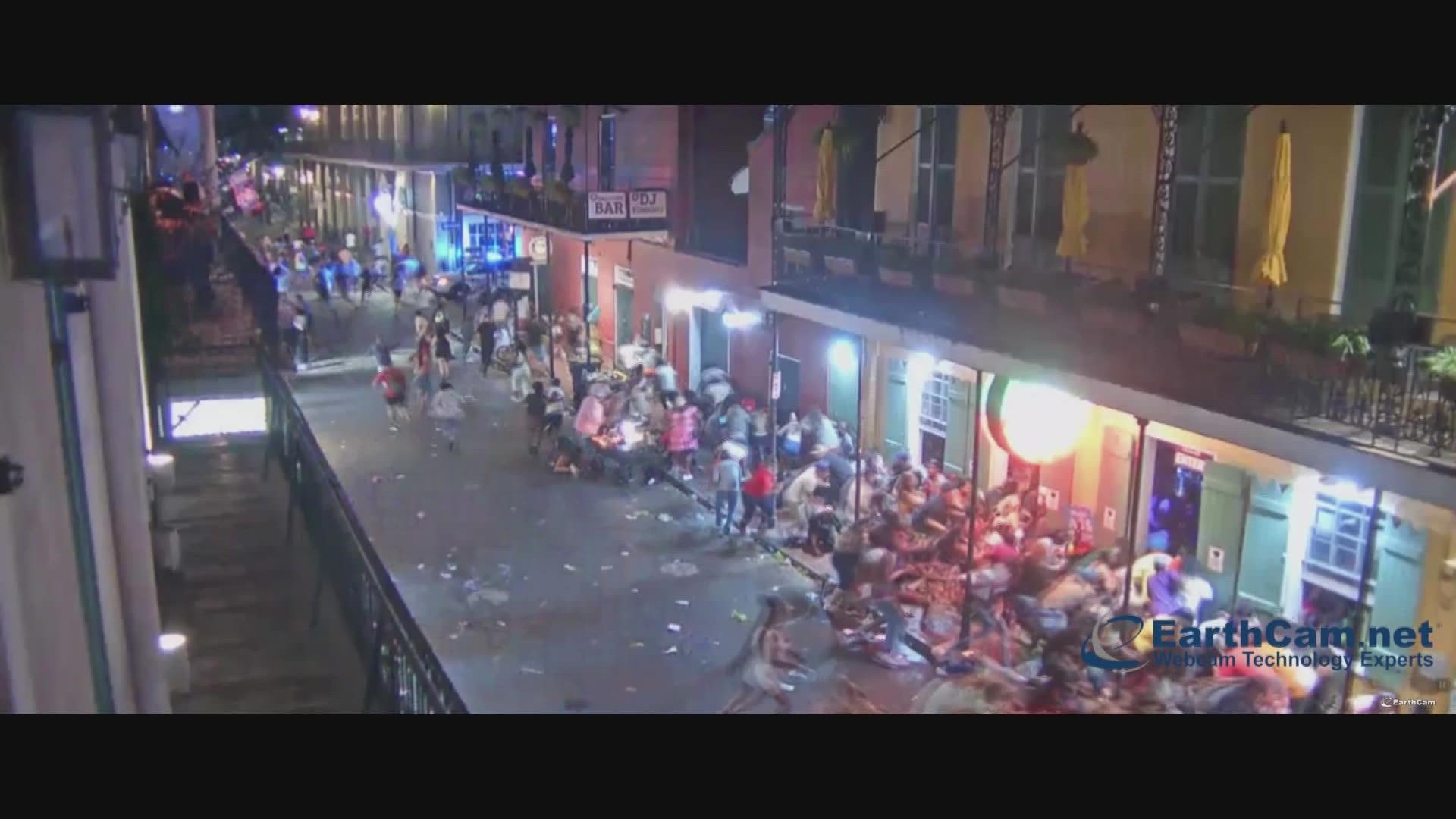 NEW ORLEANS — Hours after August's second Sunday morning Bourbon Street shooting wounded five people, a 17-year-old suspect is in police custody for involvement in the shooting, according to police.

For the second weekend in a row, gunfire rang in the French Quarter early Sunday morning on Bourbon Street, sending five people to the hospital with gunshot wounds, a police spokesperson said.

Three of the victims shot on Bourbon Street in New Orleans on Sunday morning had minor wounds. A statement from New Orleans Police Department's Public Affairs Divison said those three victims were grazed by the gunfire.

Earthcam footage shows the 700 block of Bourbon Street was filled with people with little social distancing and face-mask wearing Sunday morning. An NOPD patrol car was at the scene when six gunshots rang in the air, prompting the crowd to flee in different directions.

Surveillance footage from the same Earthcam stream shows Orleans and Bourbon streets, before panning to the crowds.

A minute and 40 seconds into the video of Bourbon Street dancing and social fun, gunshots can be heard before the crowd scatters as screams can be heard.

The fourth victim's wound was more direct, but none of the wounds were life-threatening, according to NOPD. Police added the fifth victim to reports Sunday afternoon when announcing a suspect was detained.

First reports from police said the shooting happened in the 1100 block of Bourbon Street, near Quartermaster Deli.

Investigators later made a correction, saying in part that the shooting happened in the 700 block of Bourbon Street, the block between St. Peter and Orleans streets — the same block where five people were wounded by gunfire a week earlier.