4.6 magnitude earthquake in Gulf of Mexico south of Louisiana coast

The quake was registered as 4.5 on the Richter Scale. The National Weather Service said there is no threat of a tsunami. 4.6 is considered a 'light' quake with only those near the impact area feeling any effect. 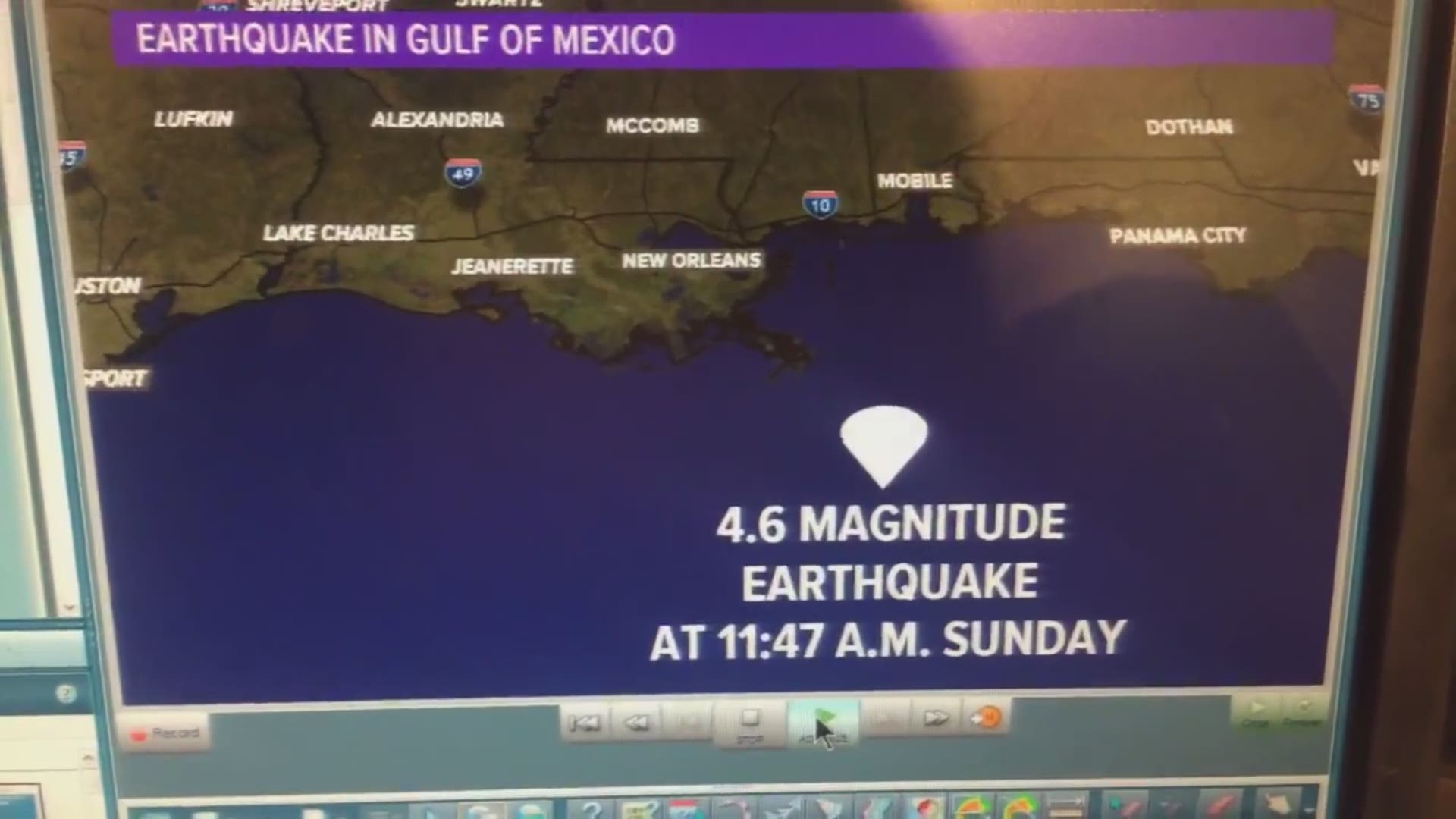 The quake was registered as 4.6 on the Richter Scale around 11:47 a.m. The National Weather Service said there is no threat of a tsunami.

According to the Richter Scale, a quake of the magnitude between 4.0 and 4.9 is considered 'light.'

"When you have a quake that’s between 4-5 magnitude, you can usually feel a little bit of noticeable shaking, hearing some rattling in the immediate affected area," Meteorologist Alexandra Cranford said.

The National Weather Service was even asking if anyone in Louisiana felt the earthquake. So far, there have been no reports of anyone in and around the New Orleans area that felt anything from the quake.

Apparently there was an earthquake a few minutes ago about 120 miles SE of Grand Isle or 160 mi SE of New Orleans. There is NO tsunami threat from this earthquake.

There have been other reported earthquakes in the Gulf in the past, however the quake that took place on Sunday is nothing too serious for the New Orleans area.

"This is nothing to be super concerned or alarmed about," Cranford said.