5 cited at protest outside AG Sessions speech in New Orleans 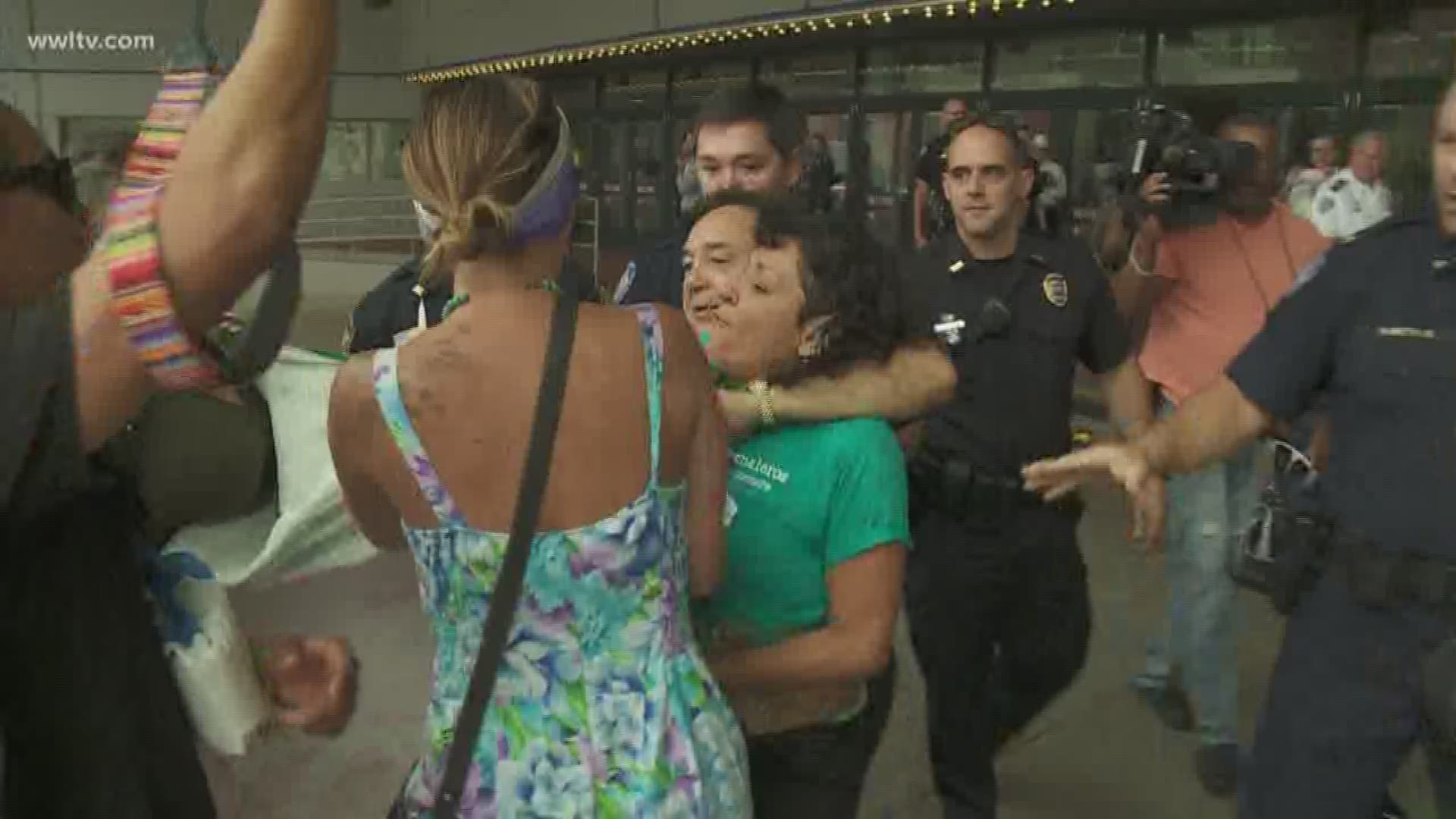 NEW ORLEANS -- Five people were cited for disturbing the peace during a protest outside the National Sheriff's Association Convention while Attorney General Jeff Sessions received the Lifetime Achievement Award.

NOPD originally reported that five people were arrested during the protest, but deferred to the Orleans Parish Sheriff's Office for details. A spokesperson for the Sheriff's office later clarified that no arrests were made, but five people were detained and issued summons for "disturbing the peace by protesting."

Police also say one of the protesters was struck by a vehicle during the protest, but was apparently unharmed and refused medical treatment. The driver was interviewed by police and no charges were filed.

A crowd of protesters is growing outside of the convention center, where Sessions just wrapped up his speech. pic.twitter.com/qho7qo0l5k

Meanwhile, Sessions took the opportunity on stage to show his support for law enforcement, call for longer sentences for criminals and address to controversy at the US-Mexico border where families are being separated by authorities as they illegally enter the country.

MORE: Sessions: 'We can not and will not encourage people to bring their children' to the border illegally

Sessions directly addressed the controversy surrounding new video and images of children being detained in cells and cages after their parents are arrested for illegally crossing the border.

This is a developing story, WWL-TV will continue to update the story as it develops.