A miscalculation led to a Slidell man's life sentence; after 10 years in prison, he walks free

Jamal Cox, 42, had been serving life without parole as a multiple offender for three relatively minor non-violent crimes, but, now, he is a free man 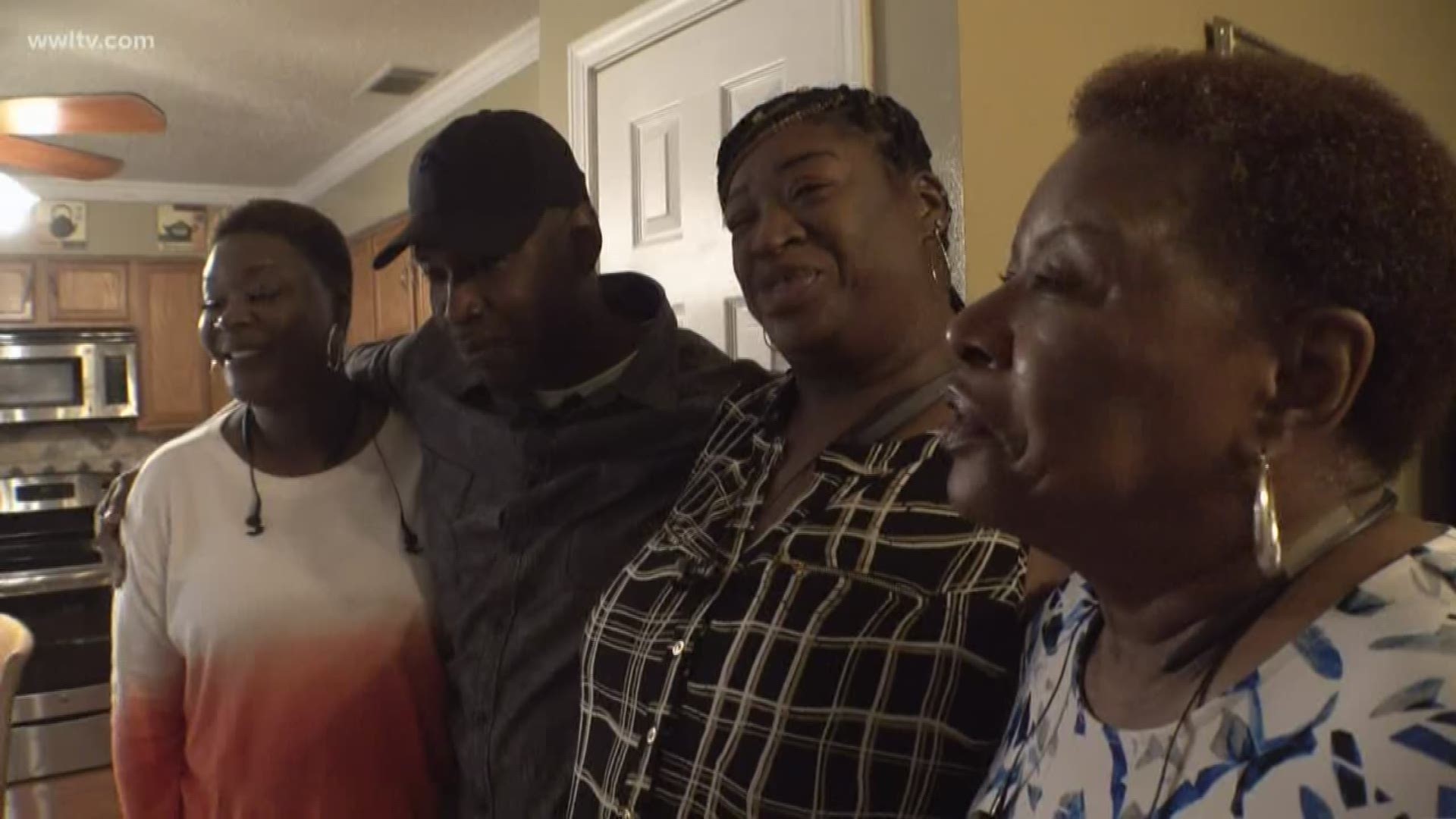 Cox walked out of the Louisiana State Penitentiary at Angola Tuesday afternoon and into the arms of his loving family, his life sentence thrown out by a St. Tammany Parish judge.

Cox, 42, had been serving life without parole as a multiple offender for three relatively minor non-violent crimes.

But at a court hearing Monday, the district attorney’s office agreed that Cox had been improperly sentenced due to a miscalculation of the time he was locked up after his first arrest for simple burglary when he was 19 years old.

By Tuesday night, Cox’s life sentence was a distant nightmare as he walked arm-in-arm with his family and friends into his childhood home in Slidell.

When Cox emerged from Angola’s front gate, he was met by his mother Lorraine, his sisters Ingrid and Reeshemeh, and his childhood friend Aisha Smith, who worked tirelessly to launch his successful appeal.

The dismissal of Cox’s sentence was an uphill battle. His previous appeals were denied, narrowing his opportunities to one last shot.

But attorney Meghan Bitoun, who specializes in appeals, pored over Cox’s case after WWL-TV exposed his plight. She went all the way back to his 1999 burglary arrest in New Orleans and found that Cox was supposed to have been given credit for nine days he served in jail before his guilty plea and sentence of probation.

Ten years later, Cox was arrested for illegal discharge of a firearm. Again he pleaded guilty and was sentenced to probation. But when he was arrested several months later for aggravated flight from an officer, then-District Attorney Walter Read decided to play hard-ball.

Even though Cox’s “flight” was a six-second chase on a dirt bike that ended near his backyard, he was convicted by a jury. Prosecutors then used his prior convictions to successfully argue for a “three-strikes-you’re out” life sentence. Without parole.

Late last year, Meghan Bitoun found that Cox's sentence was based on a miscalculation. Those nine days behind bars after his burglary arrest were mistakenly left out of his sentencing calculation.

Instead of life without parole, she determined he was actually eligible for only a maximum of four years.

“I must have calculated it 20 times. I couldn't believe what I was seeing,” she said.

At St. Tammany Parish Court on Monday, District Attorney Warren Montgomery agreed: a mistake was made.

“What you want to do is have a more graduated sense of justice,” Montgomery said. “I don't think anybody in this world knows what perfect justice is, but maybe this is an opportunity for justice and mercy to get together.”

“I'm just thankful,” Reeshemeh Cox said. “I can't say enough for everybody. You Mr. Perlstein for sticking with us and helping us on his journey. It was long. It was hard. We didn't know how, but we knew this day was coming.”

Cox said he felt a mixture of joy and disorientation as he navigated his first hours of freedom.

“I feel like I've been tossed up and I'm asked to move faster than I'm ready to move,” he said. “It all seemed like a dam breaking. And then everything just flooded out. But it happened the way it was supposed to happen, I believe.”

Despite his decade-long ordeal, Cox said he never lost faith that freedom would come.

“I knew that God was going to move in his time,” he said. “I didn't know how, when, or what it was going to look like. But I trusted in everybody who was moving on my behalf and just let it do what it does.”

For now, Jamal Cox plans to enjoy some home-cooked meals, catch up with family and friends, and look for ways to put his master carpentry, leatherwork and other prison-trained skills to productive use.

“I evolved from something here to better. And that's my move for every day. From this day forward.”