Contractor must repave 22nd Street to the proper elevation. 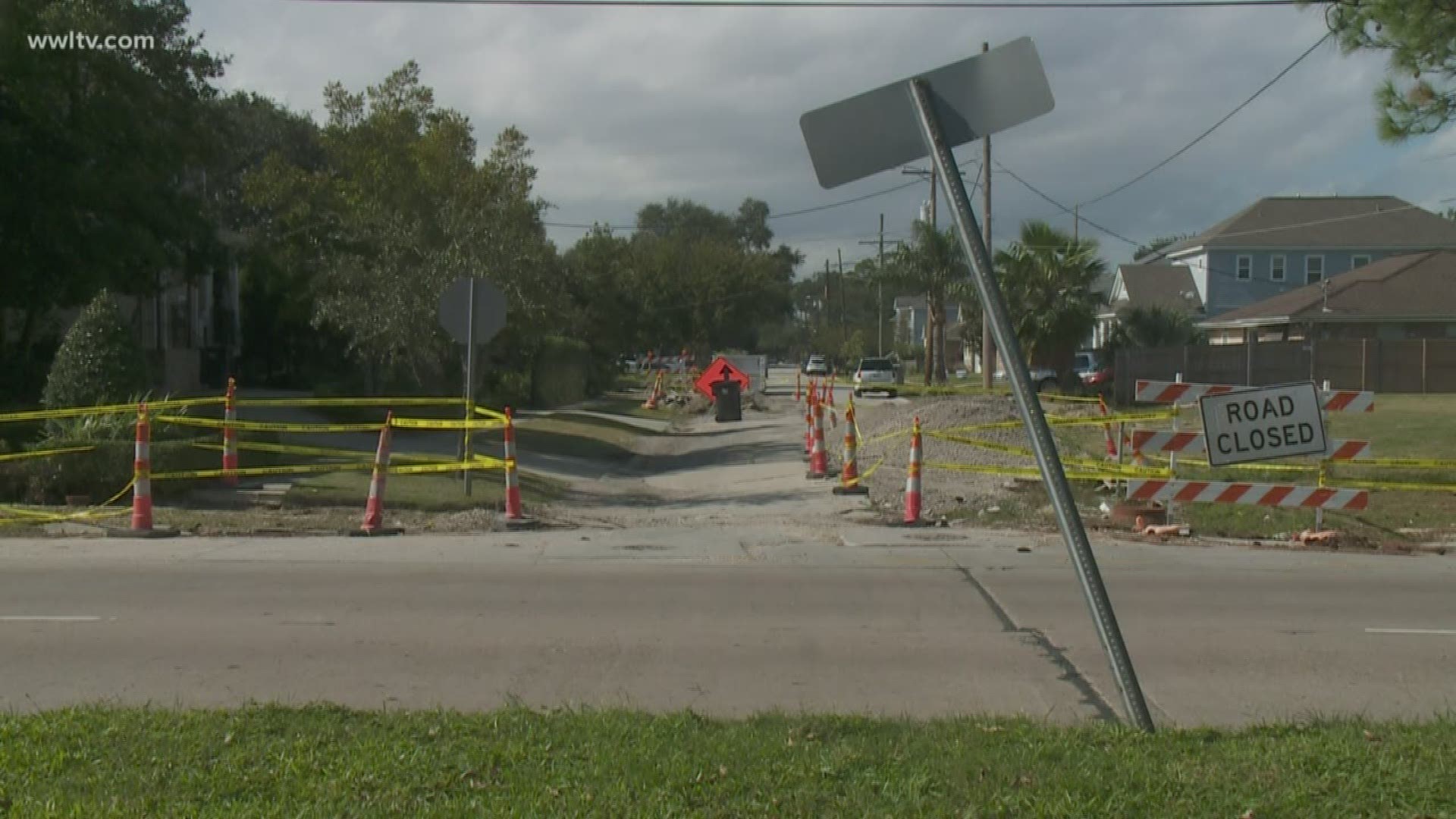 NEW ORLEANS — In June, Neighbors on 22nd Street in the Lakeview neighborhood of New Orleans were promised that it would take contractors six weeks to rebuild the roadway in front of their homes.

Now, they are being told the project won't be completed until sometime next year. Gene Meyer found out recently that the street will have to be dug up again.

"We've already been dealing with this going on six months," Meyer said. "Now, it looks like another six-month delay."

Bobbie Redmann knew there was a problem when crews built the roadway 18 inches higher than her front yard.

She worried the street would drain into her yard, flooding her property.

"To think because they didn't do it right the first time they're going to come back and re-tear up the street and maybe do it right this time it's kind of very frustrating," Redmann said.

According to city public works, the contractor decided to pour the new street before getting the proposed elevation approved by the engineer in charge.

Beverly Construction will now have to remove and replace the pavement between Fleur de Lis drive and Pontchartrain Boulevard to reach the correct elevation.

The project team also determined waterlines under the street were too shallow and need to lowered.

The Sewerage and Water Board had already punched five holes in the new concrete looking for leaks.

"Evidently, there is a lack of communication, a lack of coordination between the people that are working (on the street) and the Sewerage and Water Board and the city," Redmann said.

The new work is expected to begin in early 2020.

"It's a little upsetting to know that we're going to have to go through a whole new process of them tearing up our brand new street which a lot of us don't think was done correctly in the first place," Meyer said.

"Obviously, this issue could and should have been avoided and will cause unneeded frustrations for the residents," Giarrusso said in a prepared statement. "But most importantly the repairs will not be on the City's dime, since the contractor is responsible for the roadway repairs. While tearing up the road is bad for our neighbors and delays the project, the street and drainage work need to be done correctly."

The contractor or construction manager/designer would pay for the roadway construction. The waterline replacement is funded through FEMA.