Critics of the old system said that the non-unanimous jury verdict law said it was based in Jim Crow-era racism. 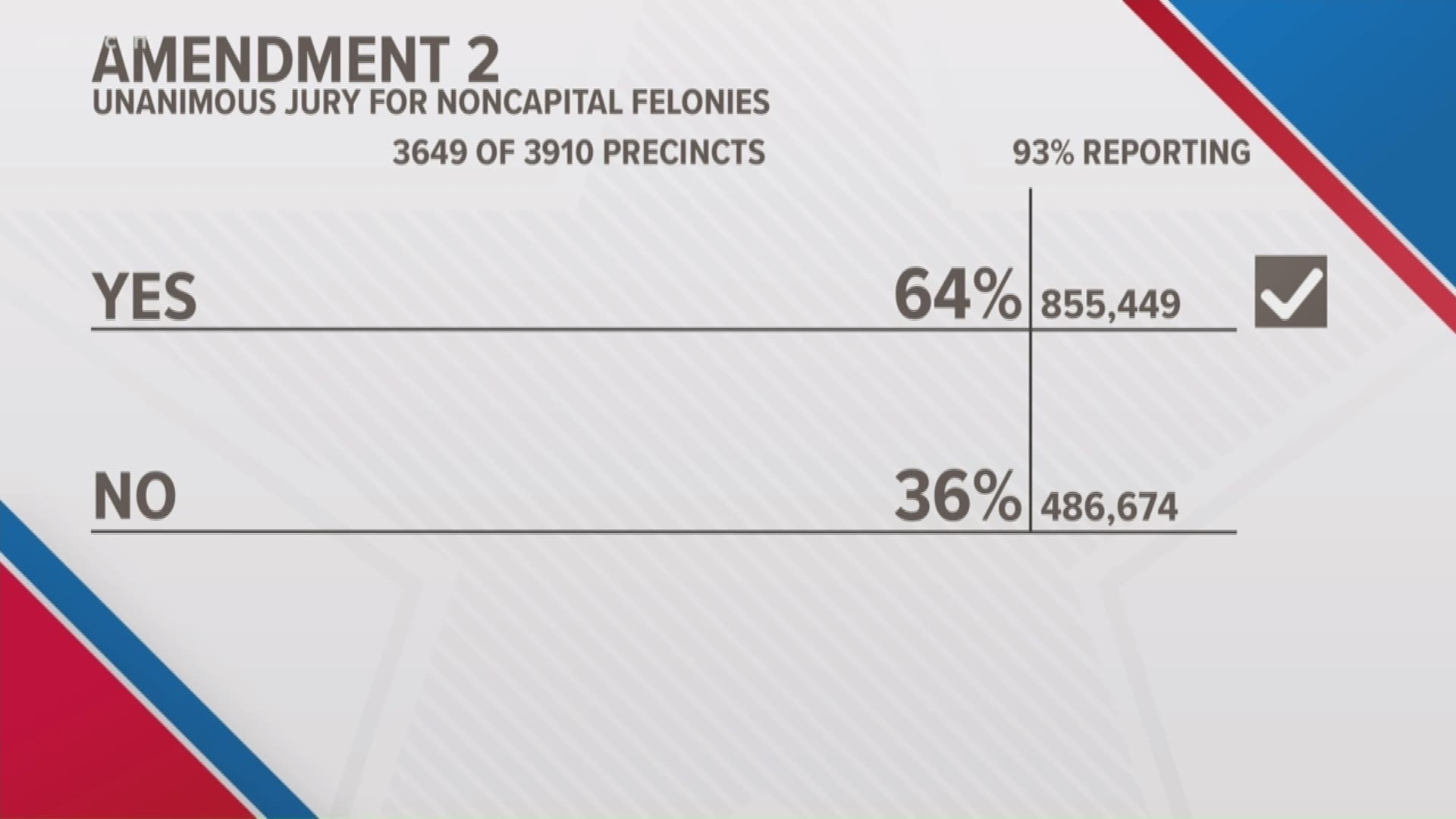 NEW ORLEANS -- Louisiana will now require unanimous jury verdicts in state criminal cases, leaving Oregon as the lone state that does not.

The 120-year-old practice was voted down by a wide margin by Louisiana voters Tuesday.

The constitutional amendment saw little public opposition among elected officials with most Louisiana politicians either supported Amendment 2 or remained silent on the issue.

Conservative organizations such as Louisiana Family Forum and Americans for Prosperity were on board with progressive groups such as the American Civil Liberties Union in pushing for voter passage on Nov. 6.

Critics of the old system said that the non-unanimous jury verdict law said it was based in Jim Crow-era racism.

"In 1898 the threshold was nine to three. And that was created to make it easier to convict Black folks. But also it was created to nullify the Black vote in the event that if African Americans were to get on the jury, their votes could be discarded and their voices simply could not count," William Snowden, an attorney at the Public Defender's Office, said.