Young has held many roles in Atlanta's history and continues to contribute to its future. 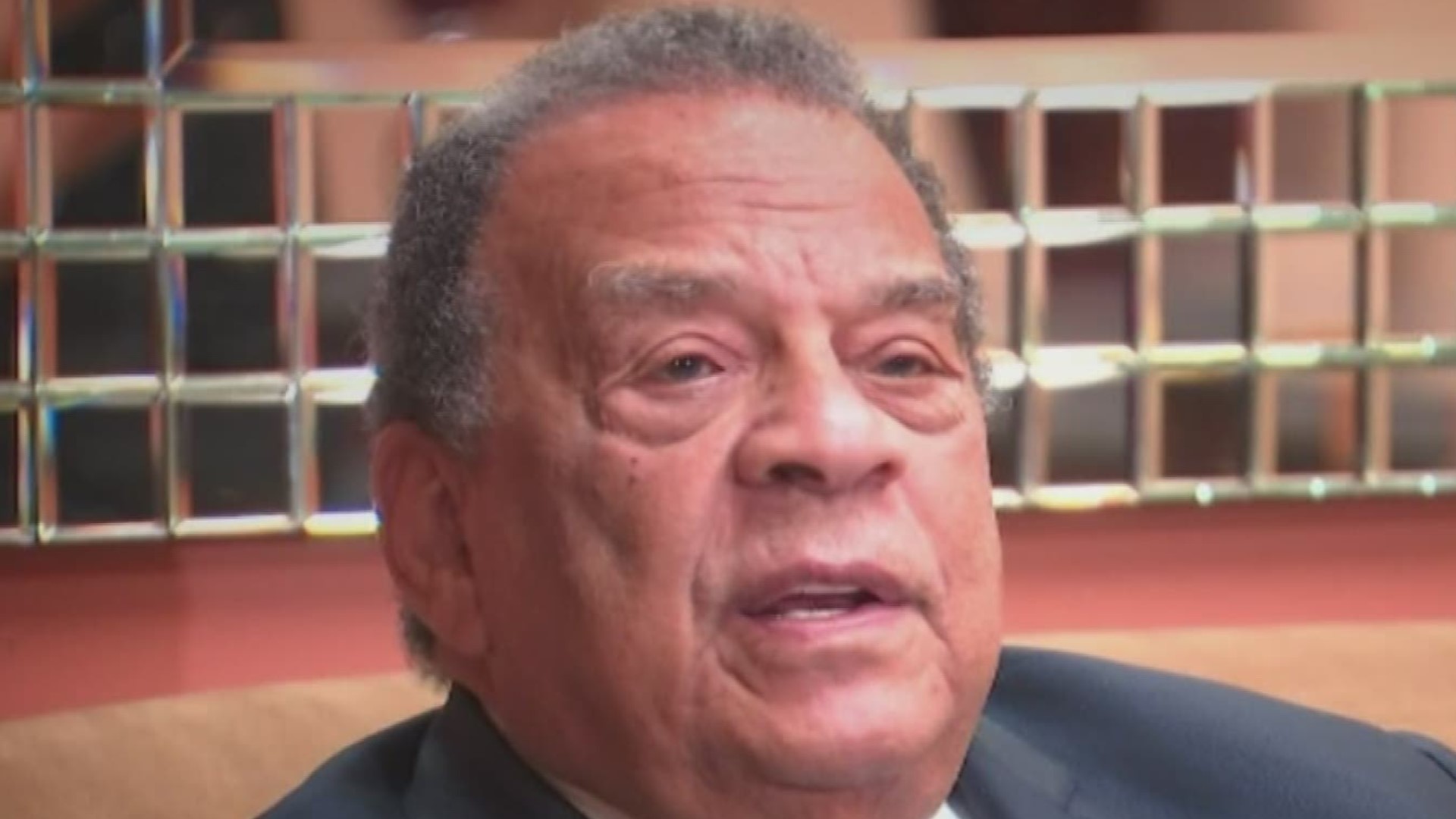 STONECREST, Ga. — One of Atlanta's own living legends is being honored as we celebrate black history month.

“We are honored to have in church, today, the honorable Ambassador Andrew Young,” Pastor Jamal Bryant said.

For Bryant, it was a way to say thank you.

“I feel like I am continually being blessed,” Young said.

Young reflected on his years of service and his friendship with Dr. Martin Luther King Jr.

“To think that it wasn't about 15 to 20 of us that followed him all the way,” he said to the Congregation. “As I'm older, it almost embarrasses me to get honored because I realize that all I did was followed where God led, and I didn't know what I was doing.”

During the 60s, he was a senior aide to Martin Luther King Jr. in the Southern Christian Leadership Conference. He was eventually named executive director.

In 1972, Young became the first black representative from Georgia since Jefferson Long. Then, in 1977, he accepted President Jimmy Carter's offer to serve as U.S. Ambassador to the United Nations. He would also serve as mayor of Atlanta from 1982 to 1990.

“And now we are working on our education system, our healthcare system and we are trying to make this a city of peace,” Young said to New Birth’s congregation.

He later quoted another famed Atlantan.

“Rev. Abernathy used to say, ‘I don't know what the future may hold, but it doesn't worry me because I know who holds the future’.”