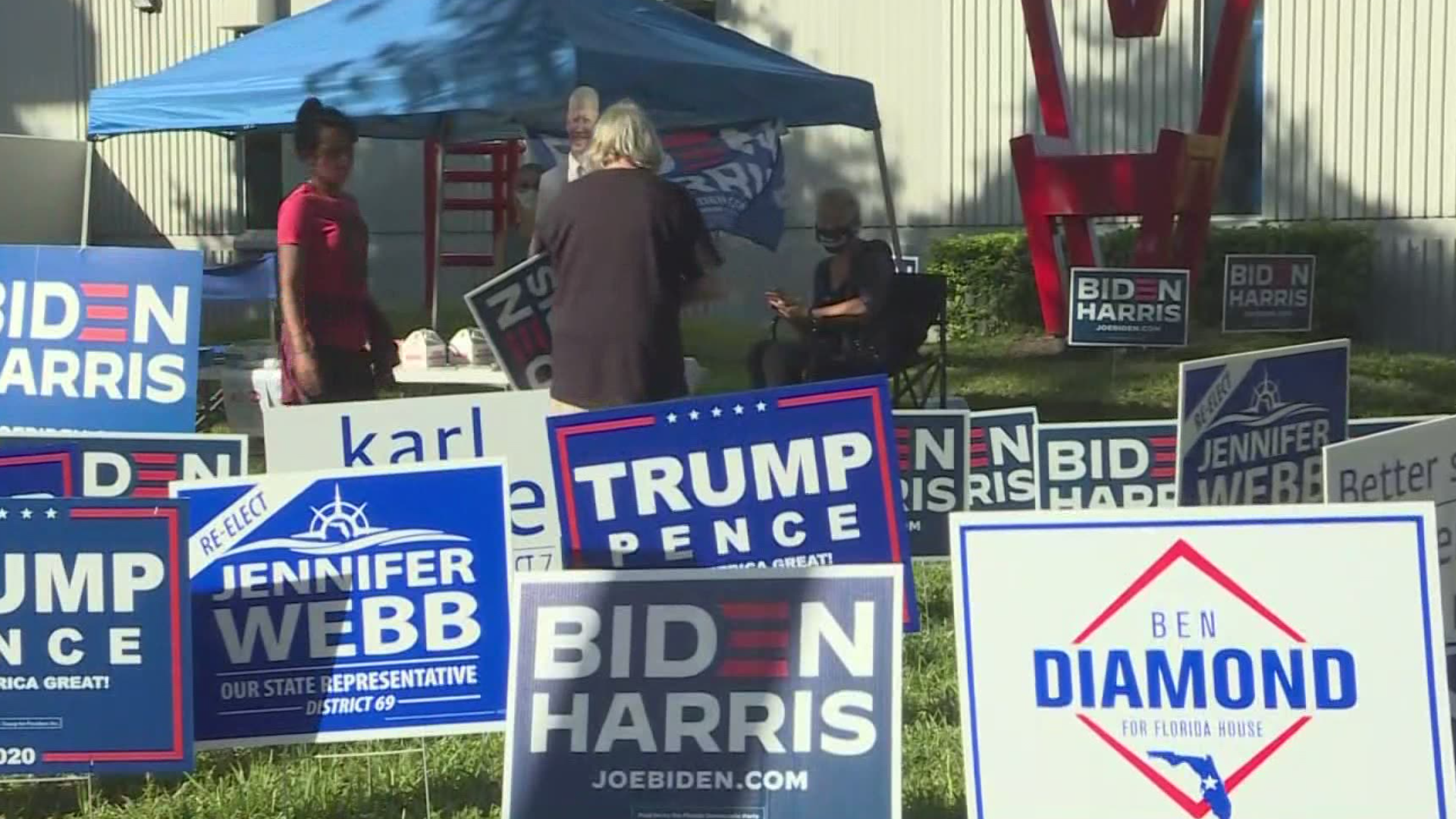 ST. PETERSBURG, Fla — UPDATE: The Pinellas County sheriff on Thursday said one or two licensed security guards, who the supervisor of elections had on Wednesday suggested were associated with the Trump campaign, were not hired by the president's reelection campaign nor by the Republican Party. The story below has been updated to reflect the newest information from the sheriff's office.

Pinellas County Sheriff Bob Gualtieri says there is no evidence armed security seen outside an early voting site Wednesday was hired by the Trump campaign. And the reelection campaign has denied any involvement.

On Wednesday, Pinellas County Supervisor of Elections Julie Marcus suggested two security guards hired by the Trump campaign were outside an early voting site located on First Avenue North. Then, on Thursday, Sheriff Gualtieri clarified the two men were not associated with the president's reelection campaign. A few hours later, a security contracting company said it was all a big misunderstanding and suggested there were not two guards – but rather just one off-duty security guard.

"The Campaign did not hire these individuals nor did the Campaign direct them to go to the voting location," Trump Campaign Deputy National Press Secretary Thea McDonald wrote in a statement.

The owner of Syotos LLC described the whole situation as a "huge misunderstanding."

"We do not have any employees engaging in poll watching," the company wrote in an email to 10 Tampa Bay. "We had an off duty employee who was picking up a family member who happened to be in the vicinity of a polling location. The employee saw someone they knew near the polling location and had a short conversation. Again, this employee was off duty and was in no way engaging in poll watching. The employee was [stopped] by a local deputy that had every right to ask what was happening. The employee made it clear that they were not affiliated with the polling [booth]. A change of information from the officer to the deputy happened and all information came back valid and true. The officer just had on their gear from leaving work and that was taken out of context."

Sheriff Gualtieri says he doesn't believe this is a case of voter intimidation. Nobody was unlawfully carrying, and everyone involved remained outside the polling location, so they didn't violate Florida laws, he said.

To ensure people feel safe at the polls, Gualtieri says sheriff's deputies will now be stationed at Pinellas County early voting sites from Thursday through Nov. 2 when early voting ends.

Marcus stressed that voters should feel safe and that “physical security’ and “cybersecurity” procedures are in place at voting locations.

“Know that our office is working with law enforcement to ensure if there are any perceived or actual threats of intimidation, deterring voters from voting, impeding voters to vote, anything that would involve a person’s ability to cast a ballot in this election, know that our office and the sheriff’s office will take this very seriously – are taking this very seriously. It will not be tolerated,” she said.

You can watch our full interview with Supervisor of Elections Julie Marcus below: 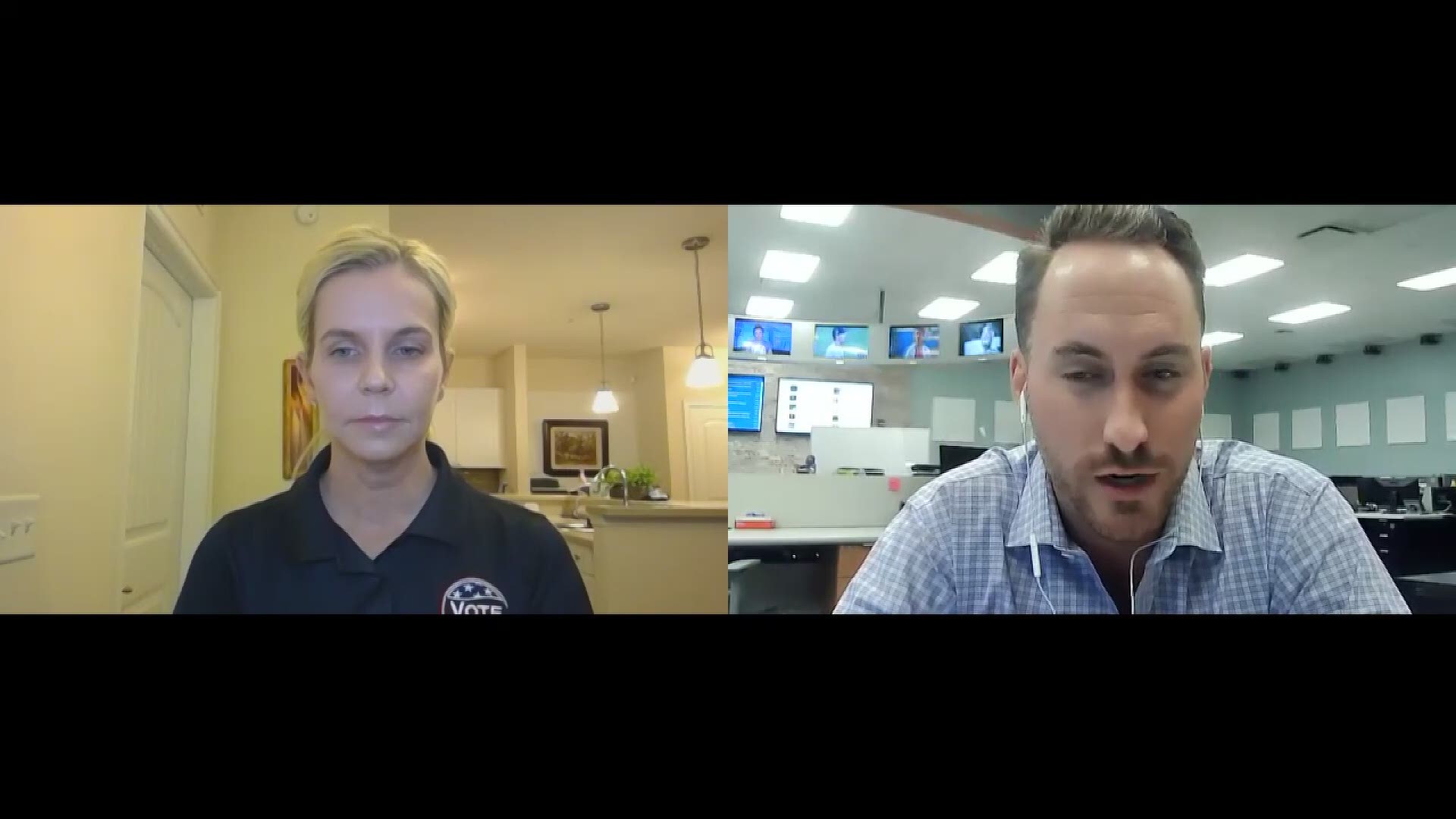