The beloved produce vendor was known across the city for his iconic truck and booming voice, which would advertise his fruits and vegetables for sale. 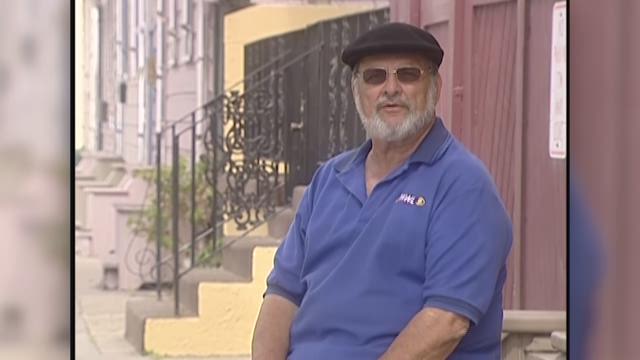 Arthur Robinson, known as Mr. Okra, the street vendor whose song echoed through the streets of New Orleans as his colorful pickup truck and distinctive voice peddled produce throughout the city, died Thursday. He was 75.

His stepson, Teddy Stansberry, confirmed Robinson's death to The New Orleans Advocate. News of Mr. Okra's death had spread on social media in the hours after his passing. He had been in failing health for some time and friends started a fundraising campaign to help him and pay for repairs to his iconic truck, which featured lettering by folk artist Dr. Bob and was a common sight on the city’s streets.

“To say Mr. Okra is just a vegetable peddler is to suggest a second-line parade is just a way to ease on down the road, or that an oyster poor boy is just a way to stave off hunger. Some of his most doting fans consider him a mobile totem of New Orleans culture,” New Orleans Advocate food writer Ian McNulty once wrote in New Orleans Magazine.

Robinson, who sold produce on the streets for more than 30 years but became a celebrity after Hurricane Katrina, was considered by many the last of the city’s street vendors, once a common sight in the days before supermarkets. His gravelly voice, once called a “deep, bullfrog baritone” would bellow the list of his day’s wares from the CB radio and loudspeaker he had mounted to his colorfully painted Ford F-150 pickup truck.

The vehicle advertised Mr. Okra’s produce, but his voice sold it better. “I have oranges and bananas! I have eating pears and apples! I have cantaloupes. I have the mango. I have tangerines. I have collard greens. I have pineapple. I have mirliton, sweet potatoes. I have spinach, I have cauliflower,” was just a sample of a common refrain.

“One of the most recognizable voices in New Orleans is not a singer, not a rapper, and not a trumpeter. It’s a man selling fresh produce from a truck,” wrote McNulty. Mr. Okra’s business was a family affair, with his daughter and granddaughter by his side, often jumping out of the truck to deliver produce to customers, many of whom became regulars. “Mr. Okra talks to New Orleans all day, and all day the city talks right back,” McNulty wrote. “Guys on bicycles point and shout his name, excited by the local celebrity sighting. Motorists pull up alongside him and sing his lines before he can.”

Musician Dave Matthews included a sample of Robinson’s street cries on one of his albums, and he appeared in music videos for local bands and a documentary on the city’s food history for WYES. He was the subject of a 2009 documentary by producer Andre Jones and director T.G. Herrington, which was screened at the Cannes and Sundance Film Festivals and won awards at other film festivals and food events. “In a city known for its music, its food and its characters, there’s one New Orleanian you won’t soon forget,” proclaimed the trailer for the film.

Robinson’s voice was even incorporated into a device called “Mr. Okra In Your Pocket,” dispensing some of his familiar sayings about life and food: “It ain’t no use in cooking, if you don’t use fresh veg-e-tables” or “It ain’t no joy like a Ninth Ward boy!” Robinson also became a regular vendor at the New Orleans Jazz and Heritage Festival in recent years, with his truck parked on the New Orleans Fair Grounds infield and Mr. Okra offering his produce for sale and posing for photographs with customers. He was the subject of a children’s book, “Mr. Okra Sells Fresh Fruit and Vegetables,” released by Pelican Publishing. Last year, Southern Living magazine named him one of its Southerners of the Year.

In a WWL-TV interview with Frank Davis, Robinson, a New Orleans native, said he was introduced to the street vendor business in the 1930s by his father, Nathan Robinson. “My daddy started out with a wheelbarrow, then he went from a wheelbarrow to a truck, then the horse and buggy. They used to call him Mr. Okra Man,” Robinson said. When he took over, Robinson expanded his territory to the French Quarter and beyond. “(My dad) used to pedal in the Garden District. You see, he didn’t come out of the Garden District. I go all over the city. I go to the Lower Ninth Ward, I do all over that, but I haven’t been there since the disaster. I do the whole city, but I don’t go Uptown. I do all the French Quarter, the Bywater and out there by City Park, I do all out there,” Robinson said. He and his family members would purchase the fruit and vegetables from AJ’s Produce then load the truck and hit the streets. "I try to change up [my route],” he told Vice for an article last year. “But then when you change up people get mad. [They tell me] 'Why don't you come on this street no more?'"

Over the years, Robinson tried his hand at other jobs but said he always returned to the street vendor gig. Some of his other jobs included working at a service station, running a tire shop and serving as a crewman on a freighter. But it was peddling produce on the streets of the city where he was most at home. “I get my kicks out of it,” he said in the WWL-TV interview. “Since I been into this and coming in the French Quarter I have a lot of new friends down there.” When asked if he’d ever get tired of being “Mr. Okra,” Robinson said he knew he never would. “Nah, I don’t do nothing else,” he joked.