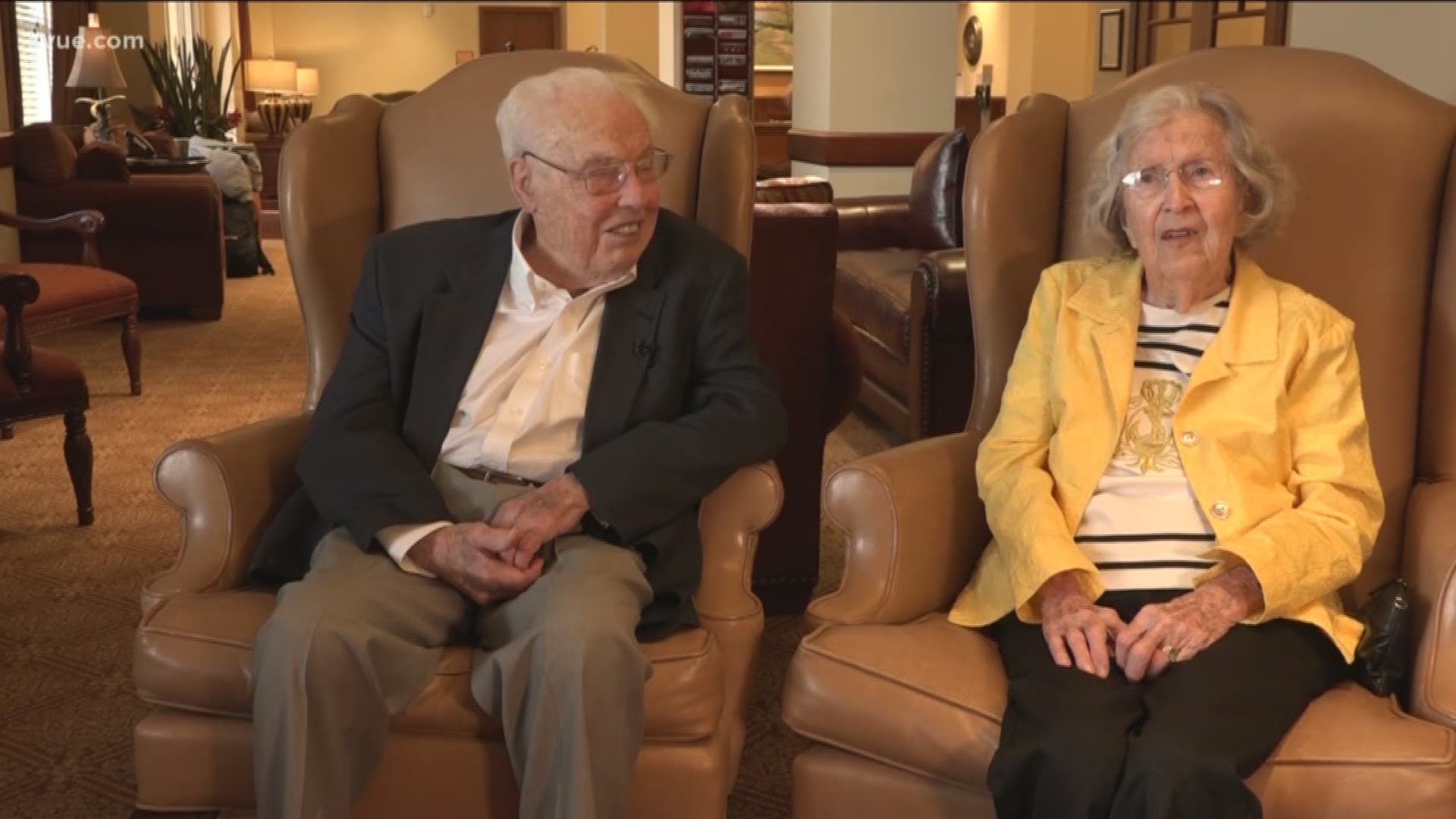 AUSTIN, Texas — John and Charlotte Henderson have set the new Guinness World Record for "Oldest Married Couple," at a combined age of 211 years!

John is currently 106 years old and Charlotte is 105 years old.

So, what is the secret to a long and successful marriage?

If you ask John, he will say his answer is that it is all about living life in moderation and being cordial to your spouse.

Burnt orange is what really brought this couple together back in 1934 when they met in class at the University of Texas. Charlotte was studying to become a teacher, while John was playing as a guard for the Longhorn football team.

Fast forward a few years, the couple married on Dec. 15, 1939, making this year their 80th anniversary! Their love for one another and the Texas Longhorns has not wavered since.

The couple married during the Great Depression and said they recall their honeymoon hotel room only cost $7.

As of today, John also holds the title of the oldest living former UT football player. The 106-year-old has attended at least one UT football game each year for the past 84 years!

The couple states that they are both in great health and it's thanks to moving into the Longhorn Village senior living community 10 years ago. The retirement community is specifically for former University of Texas staff and alumni.