It all started at the Pilot Gas Station on Airline Highway around 5 a.m. 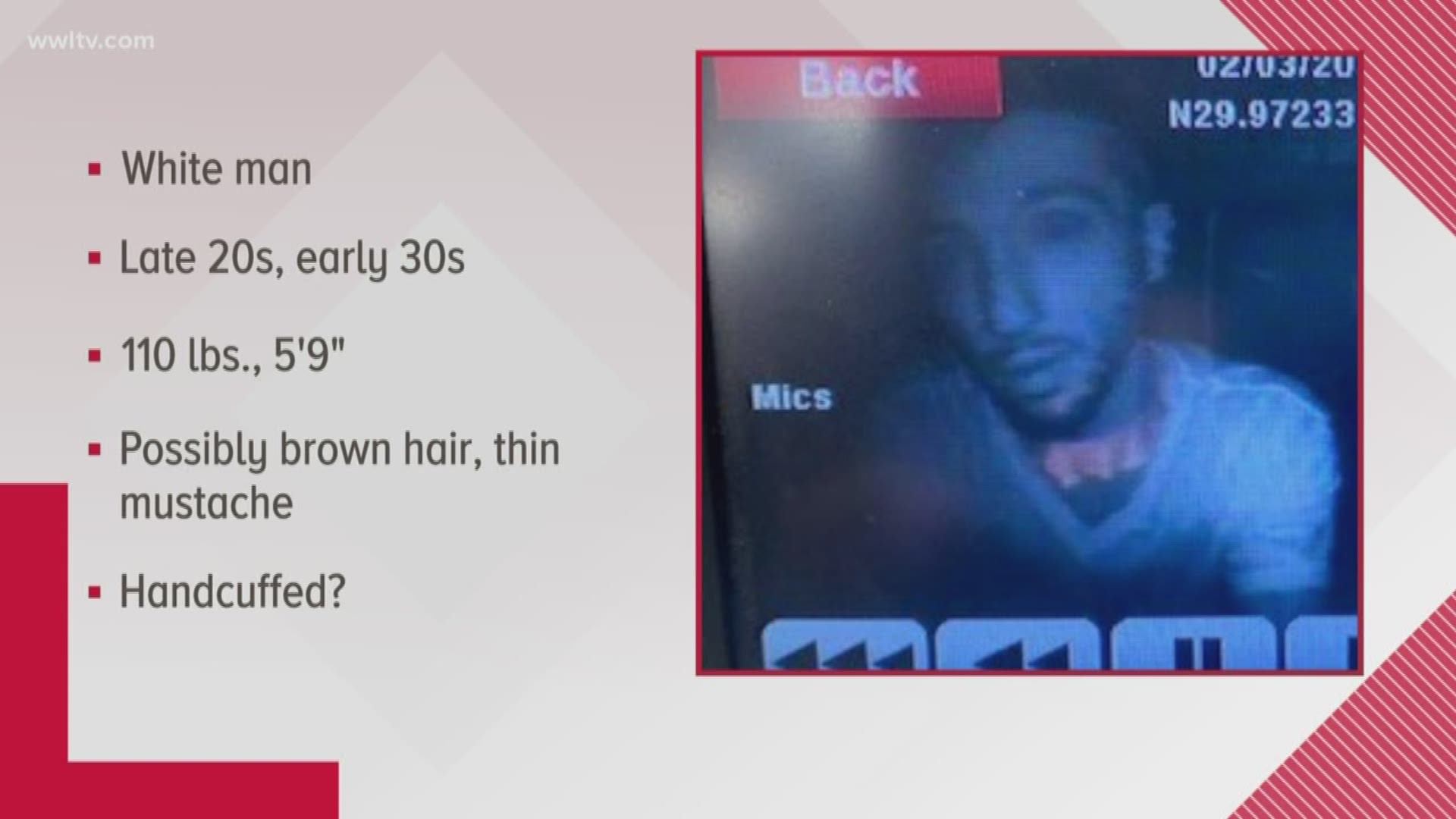 NEW ORLEANS — The hunt is on for this man accused of stealing a St. Charles Parish Sheriff deputy's marked SUV.

The vehicle belongs to the officer who had just arrested him Monday morning in St. Rose.

It all started at the Pilot Gas Station on Airline Highway around 5 a.m.

Deputies were sent there to check out a suspicious vehicle.

According to the sheriff's office, they found a man in the car possibly shooting up heroin.

Deputies say the man tried to drive away but crashed into a ditch.

He was arrested, handcuffed and loaded into a patrol vehicle.

A few minutes later, a deputy watched as his police unit sped away down Airline with the suspect at the wheel.

Deputies chased him into Jefferson Parish where one lawman crashed into another vehicle near David Drive.

The Louisiana State Police is investigating the accident.

"The other vehicle which was a black sedan, it was occupied by two to three occupants," LSP spokesman Trooper Monroe Dillon said. "Those occupants were transported to the hospital with minor injuries."

It resurfaced a few hours later in the 700 block of Toledano in the city.

Security camera video shows the driver get out of the vehicle shortly after 6 a.m. as he appears to wipe away his fingerprints.

He then takes off running toward the Walmart on Tchoupitoulas Street.

The NOPD confirms around the same time, a Ford truck was stolen near the store.

According to the sheriff's office, all of the deputy's weapons are accounted for and there was nothing missing in his vehicle.

Investigators are asking anyone with any information to contact Detective Kevin Tennison with the St. Charles Parish Sheriff's Office at 985-783-1135 or 985-783-6807