School board member Connie Bernard was trending on Twitter as "#Connie" after she was called out during a meeting about renaming Lee High School. 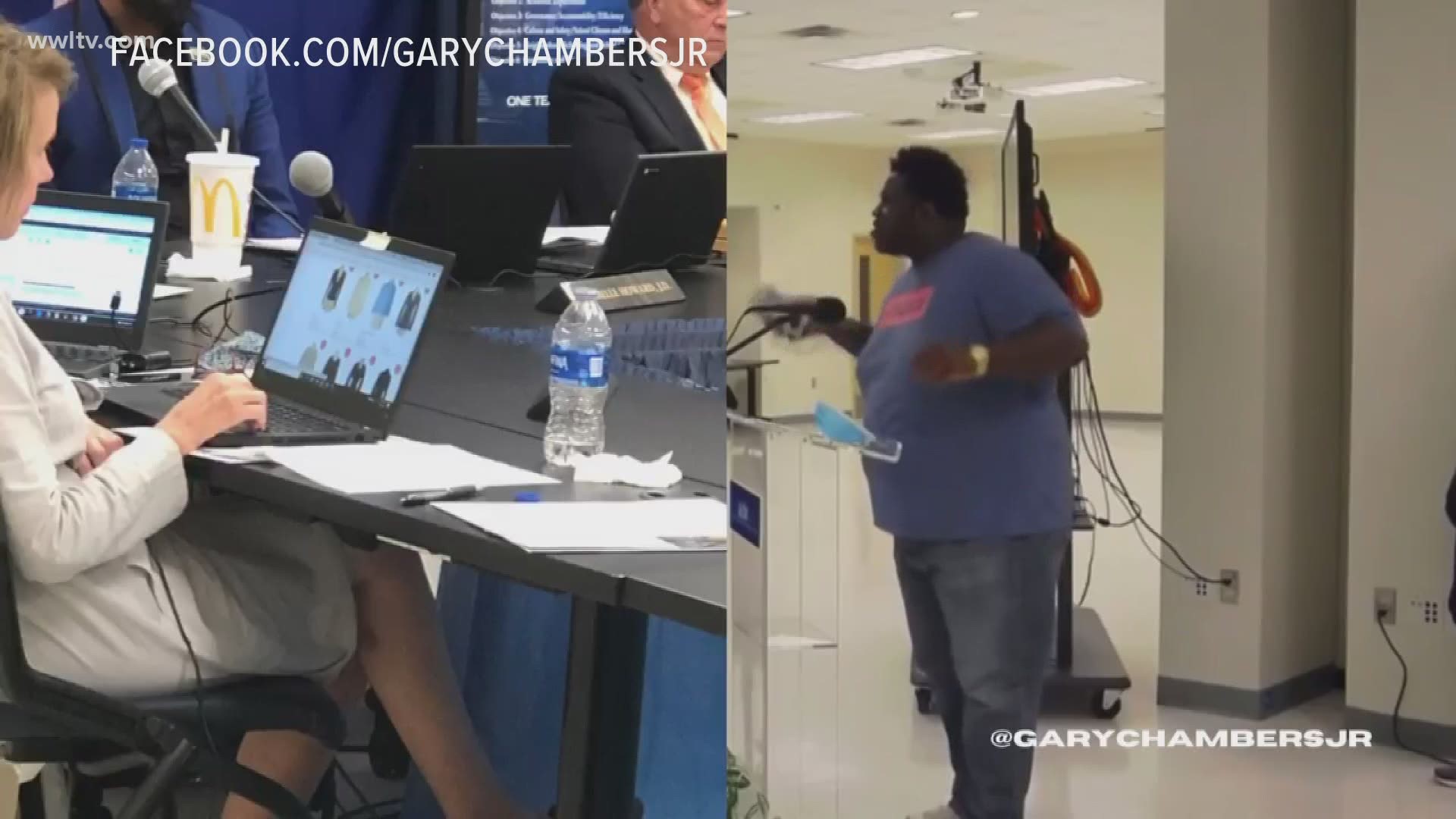 NEW ORLEANS — A Louisiana school board member is facing a wave of national backlash after she went viral on Twitter for allegedly shopping online during a meeting about renaming school that references the Confederacy.

Connie Bernard, a member of the East Baton Rouge School Board, came under fire during a meeting Thursday night to address community concerns around the renaming of Lee High School -- named after Confederate General Robert E. Lee.

Bernard is seen on video in what appears to be an online shopping session for clothes during the meeting. It came after she recently walked back a previous statement that anyone upset by the name of the school should "learn a little bit more about" General Lee's life, according to the Baton Rouge Advocate.

Bernard denied shopping and said what is seen on video was a pop-up advertisement that she was having trouble dismissing. A woman who attended the meeting, however, told The Advocate she witnessed Bernard dress shopping for several minutes.

Local activist Gary Chambers, publisher of The Rouge Collection media outlet, confronted Bernard during the meeting in a video that has since gone viral and been shared by LeBron James, organizer Shaun King, comedian Patton Oswald and others.

It also led to the hashtag "#Connie" trending on Twitter over the weekend.

"You should walk out of her and resign and never come back, because you are the example of racism in this community," Chambers said.

Watch the full video below

Chambers' calls for Bernard's resignation also cited a previous incident when she was charged with entering a party near her house and laying hands on a young man in 2018.

The Advocate: Who is Connie Bernard: 5 facts about Baton Rouge school board member in viral video

Bernard is seen on video walking out of the meeting as Chambers speaks. He went on to call for the removal or renaming of multiple streets, schools and monuments to the Confederacy in Southeast Louisiana.

RELATED: Independent autopsy shows Modesto Reyes was shot in the back twice