Bike lane improvements happening in the FQ and CBD

This Wednesday, crews with Bike Easy, an advocacy group working with the City of New Orleans to increase bicycle paths, laid down striping near the French Quarter, on St. Louis and Basin Streets. 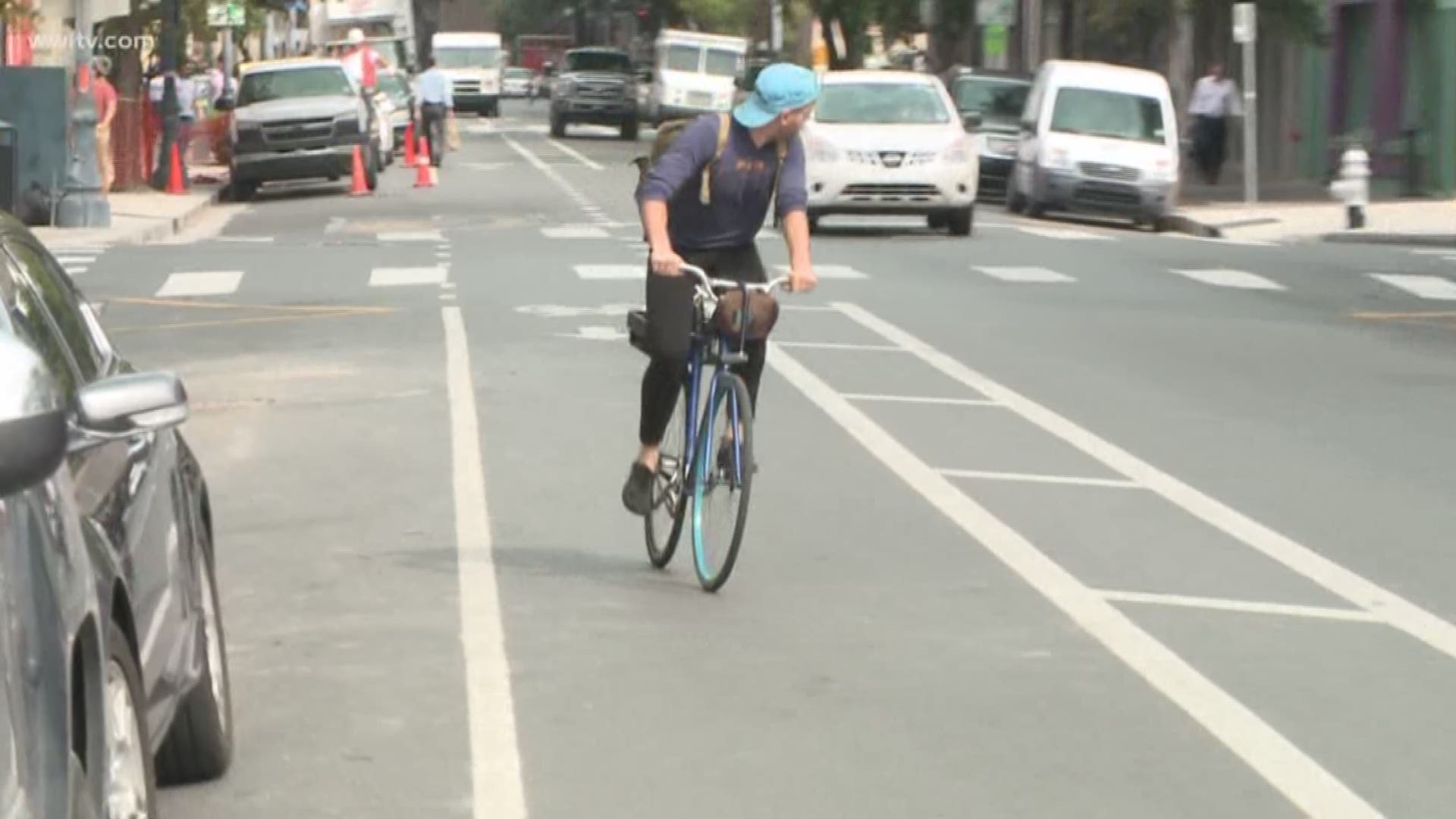 Bicycle lanes in the French Quarter and parts of the Central Business District are about to stand out a lot more, thanks to a new project meant to make travel safer for drivers and cyclists.

"In New Orleans not everyone has a car,” Robert Henig Bell with Bike Easy said.

In fact according to the League of American Bicyclists, in a 2016 survey, about 3.3 percent of the population in New Orleans, that's about 5,900 people commute to work each day.

"We're doing this spot right here, right now at the foot of the Lafitte Greenway making the connection into the French Quarter specifically at St. Louis," Henig said.

This Wednesday, crews with Bike Easy, an advocacy group working with the City of New Orleans to increase bicycle paths, laid down striping near the French Quarter, on St. Louis and Basin Streets.

The work continues Thursday at 6:30 a.m. at the following locations:

People have spoken out in support of the lanes, but some also find them inconvenient. Gibby Andry whose law firm is on Baronne spoke to Eyewitness News about the issues as new lanes were put in three years ago.

"With a 9,000 count of traffic and you eliminate a lane, you know that traffic snarls down here that go all the way back to Canal Street,” he said.

And the painting may have hit a snarl with the recent wet weather. Some people pointed out that the paint came off near Baronne and Common Streets, that happened after some heavy rains last weekend. Eyewitness News asked Bell about this, and he says, it’s a sealant issue, and Bike Easy is working to fix it.

The new striping will be reviewed in the next three months, but in the meantime, travelers have time to get used to the new lanes, and give Bike Easy feedback.

Crews will be out again Thursday to paint more temporary stripes and reconfigure other public rights of way. That is set to begin at 6:30 am.