Activist and restaurateur Leah Chase was called the “Queen of Creole Cuisine." She died in 2019. 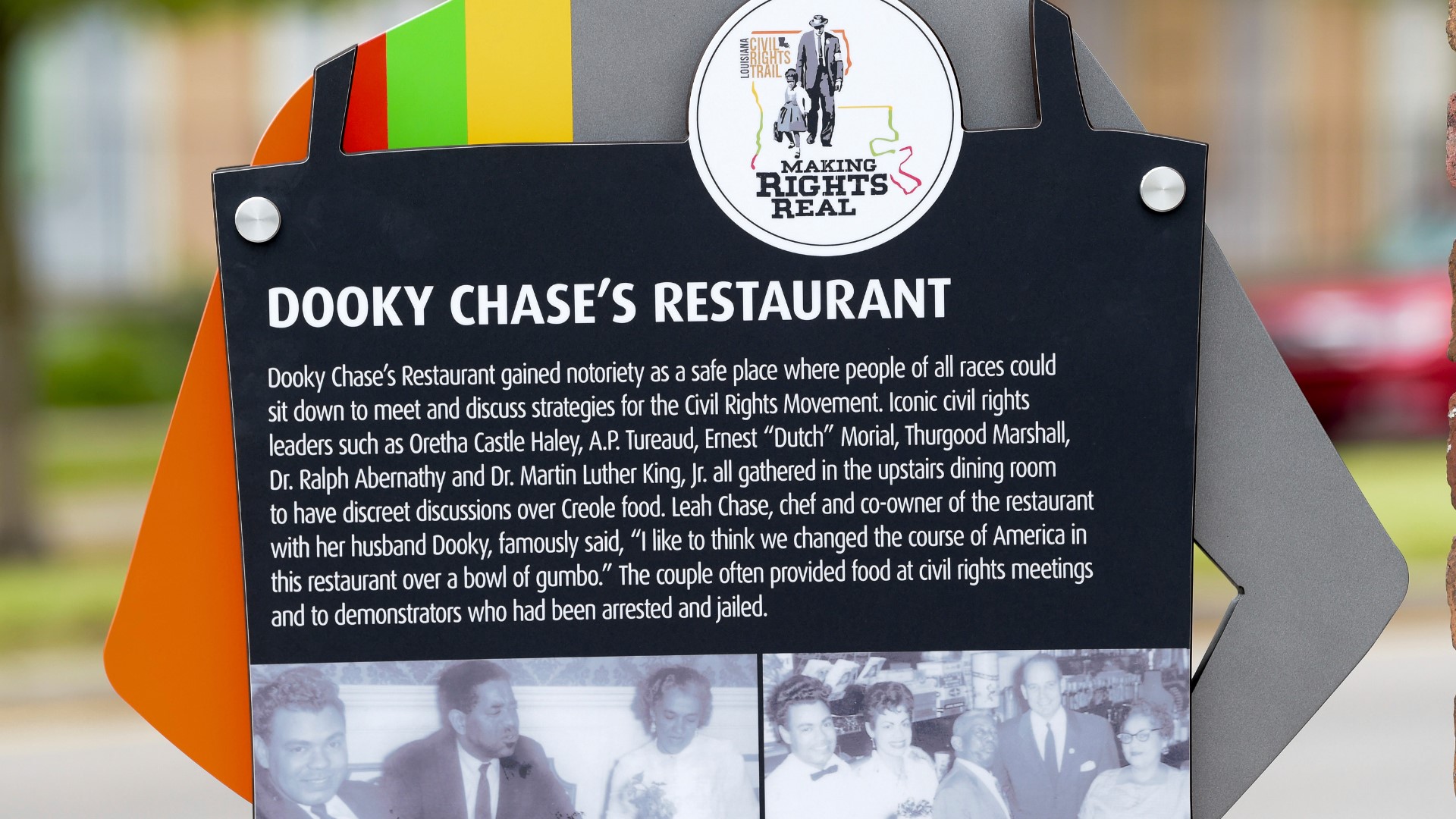 NEW ORLEANS — The New Orleans restaurant Dooky Chase’s served as a safe meeting space for civil rights strategy sessions. Now it's the site of the first marker to go up on the Louisiana Civil Rights Trail.

A 6-foot-tall steel silhouette of a figure carrying a protest sign was unveiled Monday outside the restaurant. It's the first of what will eventually be 15 markers on the Trail. They're being installed by the Louisiana Office of Tourism to honor the struggle for equal rights by Black Louisianans.

Activist and restaurateur Leah Chase was called the “Queen of Creole Cuisine." She died in 2019.