New Orleans Mayor LaToya Cantrell and NOPD Superintendent Shaun Ferguson both made it to the scene of the Bourbon Street shooting; neither spoke to WWLTV staff there 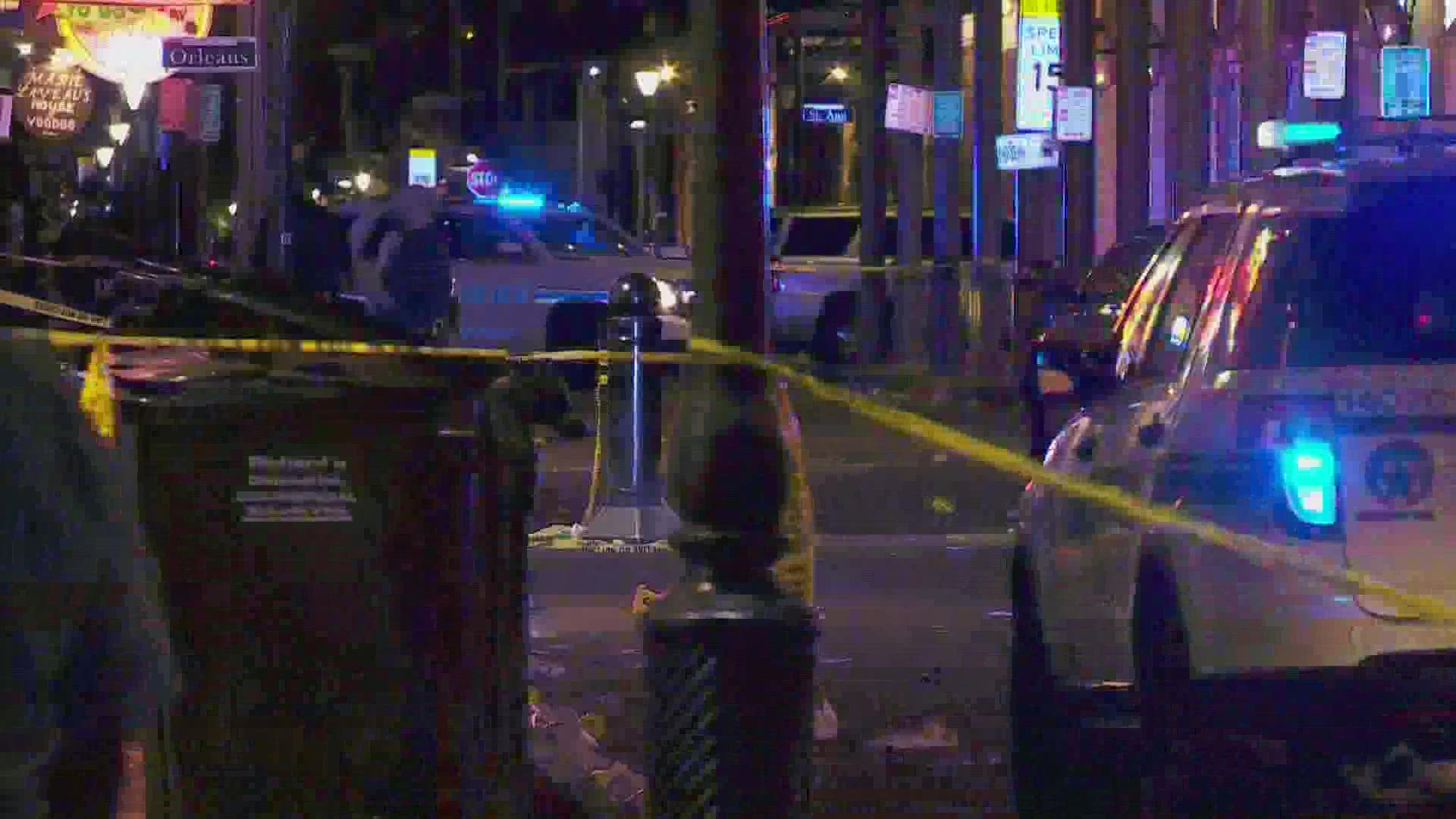 NEW ORLEANS — Five people were wounded by gunfire in a French Quarter shooting Sunday morning, according to NOPD officials.

Police have detained one person in connection with the shooting.

Minutes after the shooting, members of the New Orleans Police Department arrived at the scene.

New Orleans Mayor LaToya Cantrell and NOPD Superintendent Shaun Ferguson both made it to the scene of the Bourbon Street shooting; both left without giving a statement to members of local media outlets who were there.

The shooting happened near Bourbon and Orleans Streets, about two blocks from Jackson Square, NOPD Public Affairs reported around 3 a.m.

Stick with WWLTV.com for the latest on this developing story.

As NOPD's investigation remains ongoing, but police are willing to hear from people with information.