“He was a newspaper icon in New Orleans. There was really nobody like him. He stood out. … His presence and personality and intellect were extraordinary.” 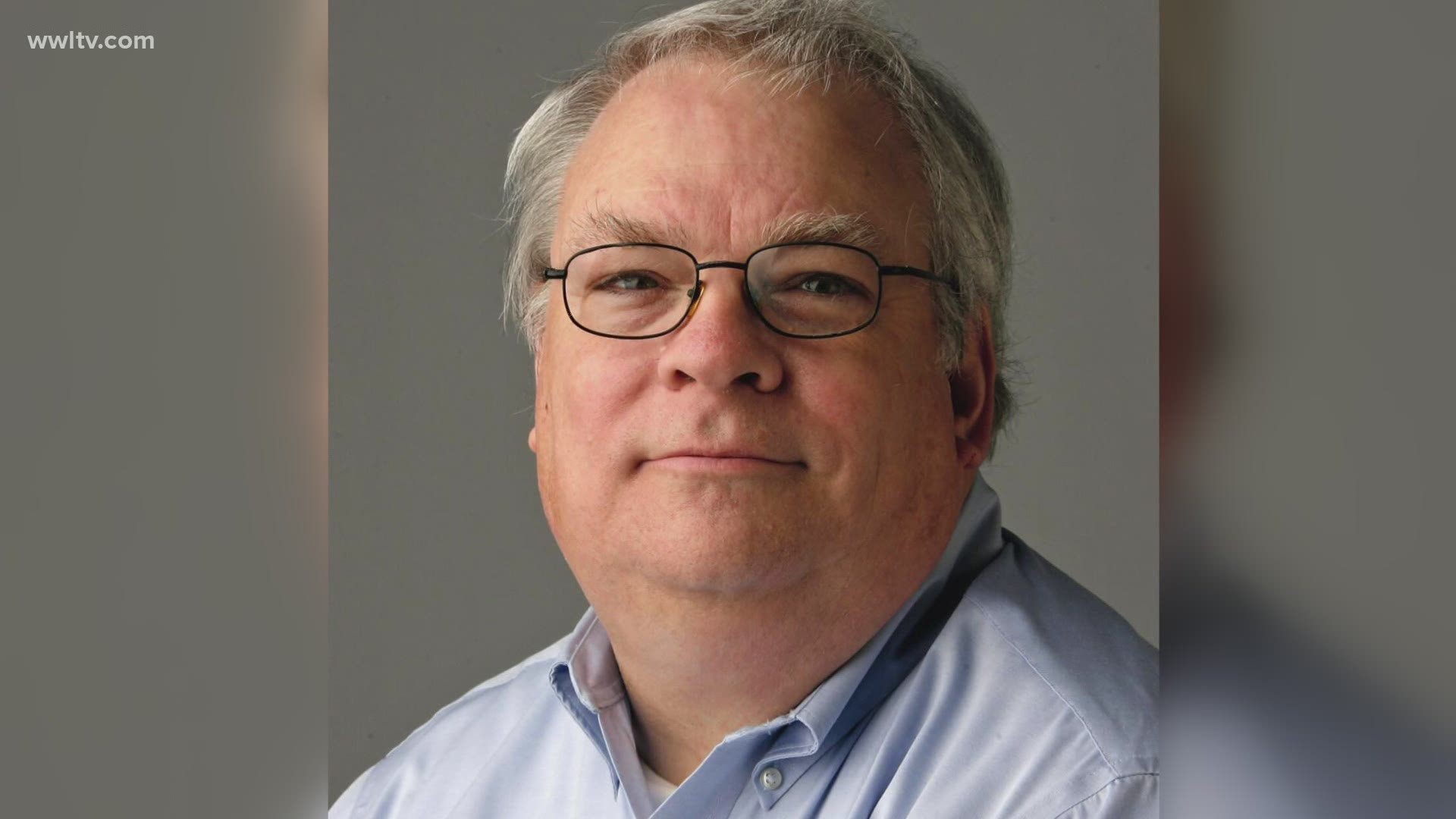 NEW ORLEANS — Bruce Eggler, a veteran reporter known as much for his cluttered desk, near-photographic memory and often-gruff personality as his work for various newspapers in New Orleans during a 50-year career, was found dead Wednesday in his Riverbend apartment.

“He was a newspaper icon in New Orleans,” said Coleman Warner, a longtime writer and editor for The Times-Picayune who covered City Hall with Eggler. “There was really nobody like him. He stood out. … His presence and personality and intellect were extraordinary.”

Eggler most recently was night editor for The New Orleans Advocate, working over stories with an eagle eye, often serving as the last line of defense before the paper went to press. He took that full-time job with The Advocate in 2013 at age 69, a day after he retired from The Times-Picayune.

His journalism career began at The Tulane Hullabaloo, the student newspaper, of which he was the executive editor. Newt Gingrich, a Tulane graduate student at the time, was among those Eggler covered at the university when Gingrich protested against university censorship of the newspaper.

His first professional jobs were for Figaro and the Vieux Carre Courier, weekly newspapers, before he joined The States-Item, the city’s afternoon newspaper, in 1973. He remained with the paper when it later merged with The Times-Picayune.

His ability as a reporter was wide-ranging, covering everything from hard news to features and reviews, often with a critical eye.

He served as editor of Lagniappe, the newspaper’s entertainment section, before returning to news reporting and editing, the job he would hold the rest of his life.

Eggler, the son of a Tulane professor and librarian, was perhaps best known for his work covering New Orleans City Hall, often keeping an eye on smaller governing bodies that would otherwise go uncovered.

“He loved covering Historic District Landmark Commission meetings and City Planning Commission meetings, which others found boring,” said Steve Schulkens, a former Audubon Institute spokesman who befriended Eggler through work. “But Bruce, eccentric as he was in many ways, loved following the changes of the city’s landscape and knew the detailed history behind every New Orleans landmark.”

In my life, I don't know if I've seen too many friendships that were sweeter than the ones Bruce Eggler had w/ a couple of reporters a half-century younger than him -- @RVargasAdvocate and @DCMonteverde. He'd cuss and fuss at them, but he loved those guys.

Eggler, a fixture at the press table in the council chamber, was also known to correct City Council members from his chair during meetings if they misspoke about proposed legislation or did not properly follow meeting procedures.
In back-to-back Press Club Gridiron shows, former Mayor Mitch Landrieu and At-Large Councilwoman Stacy Head largely dedicated their headliner monologues to roasting him.

“The place was replete with other reporters with strong investigative brands, but it was Eggler who got into their heads,” said Ramon Antonio Vargas, a reporter for The Times-Picayune | The New Orleans Advocate who trained under Eggler.

He would plod into City Hall with a plastic grocery bag filled with everything from meeting agendas to food and drink and notebooks.

He drove a car until he abandoned it under the Broad Street overpass next to The Picayune building. After that, he called United Cab to get to and from assignments. Eggler, who rarely attended Picayune staff meetings, once attended the annual publisher’s meeting only to voice his concerns that the United Cab account was low on money. He left the meeting after he was reassured that would be taken care of.

Eggler returned to his desk in the middle of the massive newsroom, put on his headphones -- likely playing opera music -- and rocked back and forth as he would hunt and peck at the keyboard to type his latest story. A photo of The Picayune staff second-lining behind a brass band in the newsroom after winning a Pulitzer Prize in 1997 shows Eggler seated at his desk, still working.

His desk -- and the floor around it -- was buried under several feet of papers, usually meeting agendas that were once in the plastic bags he toted around. When the piles would get too high, he would bring the papers to one of several storage units he had around the city.

“He was the most loyal journalist. His work was his life. He loved The Times-Picayune. And another one of his great loves were his books,” said Rhonda Nabonne, a former assistant city editor. “When we were forced to clean our desks for insurance purposes, I reluctantly tossed a few paperbacks and he immediately rescued them from the trash bin. ‘Don't ever throw away a book,’ he instructed in a gentle tone.”

He edited my book about a World War II-era basketball team during his free time and asked for nothing more than a cheap bottle of wine in return. If that ain't love ...

Eggler worked 363 days a year, taking off only on Christmas and Mardi Gras days. The reason, he once said, was because it was too difficult to get a cab on those days.

His hours were his own. He often worked until long after the rest of the staff had gone home for the night and would turn out the lights in the newsroom and work in the glow of his computer monitor.

When The Picayune left its longtime home on Howard Avenue for a new office in Canal Place, Eggler was the last reporter there to turn out the lights.

Outside of the office, the Michigan native who graduated from Newman and Tulane loved to read, listen to Yankees games and would travel to New York in his younger years to watch Broadway shows.

In his later years, his favorite outing was his annual birthday celebration, which was everything from a slice of pizza with close friends to hours-long lunches that turned into dinner at Galatoire’s.

Asked if he had any big plans for his birthday this year given COVID-19 restrictions, he replied dryly, “Just to spread peace and joy to all my fellow creatures.”

Eggler is survived by his brother, David, his sister-in-law, a nephew and a niece.

Funeral arrangements have not been announced.