The FBI is investigating to find out who placed the noose 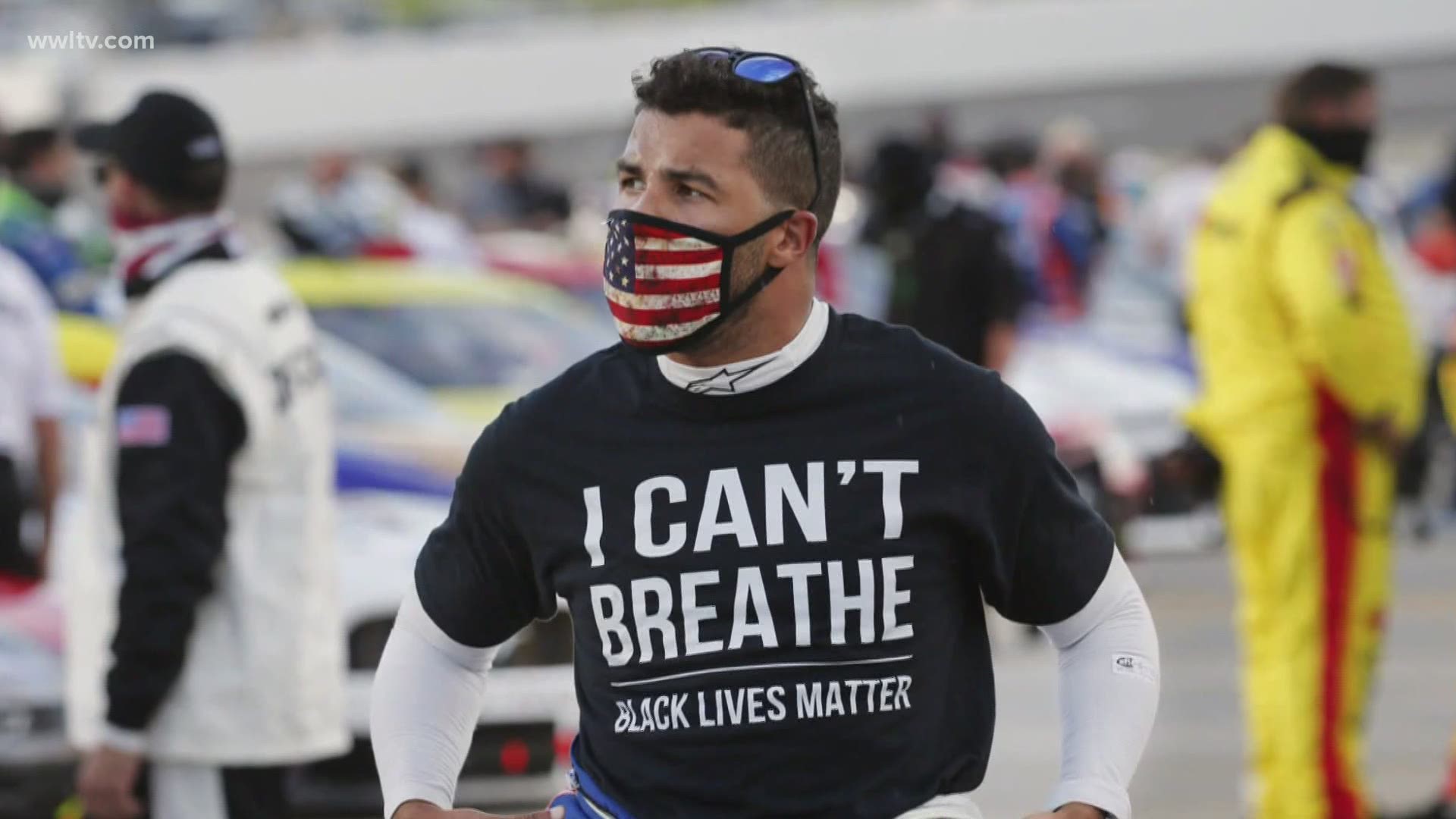 NEW ORLEANS — Supporters of the Confederate flag have long said it’s a symbol of heritage, not slavery.  Debates about this are still going on.

But there are no debates about what a noose represents.

“There is a long history of white supremacist violence, intimidation and terrorism, not in just the South, but in all of America,” said Dr. Jeffery Parker of the University of New Orleans.

For Bubba Wallace’s support of racial justice, and perhaps because of the color of his skin, someone targeted the only African American NASCAR driver on Sunday, by leaving a noose in his garage stall at the Talladega racetrack in Alabama.  The FBI is now looking into who put that noose in Wallace’s garage.

The recent protests and rallies across the country and here in New Orleans have been overwhelmingly in support of Black Lives Matter, but this weekend’s noose incident is a reminder that division is alive and well in America.

“There is a big movement away from what’s been established for so many years.  That doesn’t mean that it’s suddenly going to change overnight and everyone is going to get on board, and I think this is an example of that,” Dr. Parker said.

Parker is a sociologist at the University of New Orleans.  He says these are extraordinary times.  On one hand, Black lives are demanding change.  On the other, a yet to be identified group feels under siege.  Like a wounded animal, the mysterious party lashed out with a noose no less.

“I don’t know it’s the death throw of white supremacy in America, I’m not that optimistic, America has a long history, but this sort of thing is happening because there are a lot of people who do want change,” Parker said.

For some in the so-called "silent majority," that change is coming far too fast.

For many African Americans, it’s generations overdue.  And when a noose is thrown into the mix, the two sides get no closer.