A reform-minded governor, Roemer served one term from 1988 to 1992 and also served in the U.S. House of Representatives. 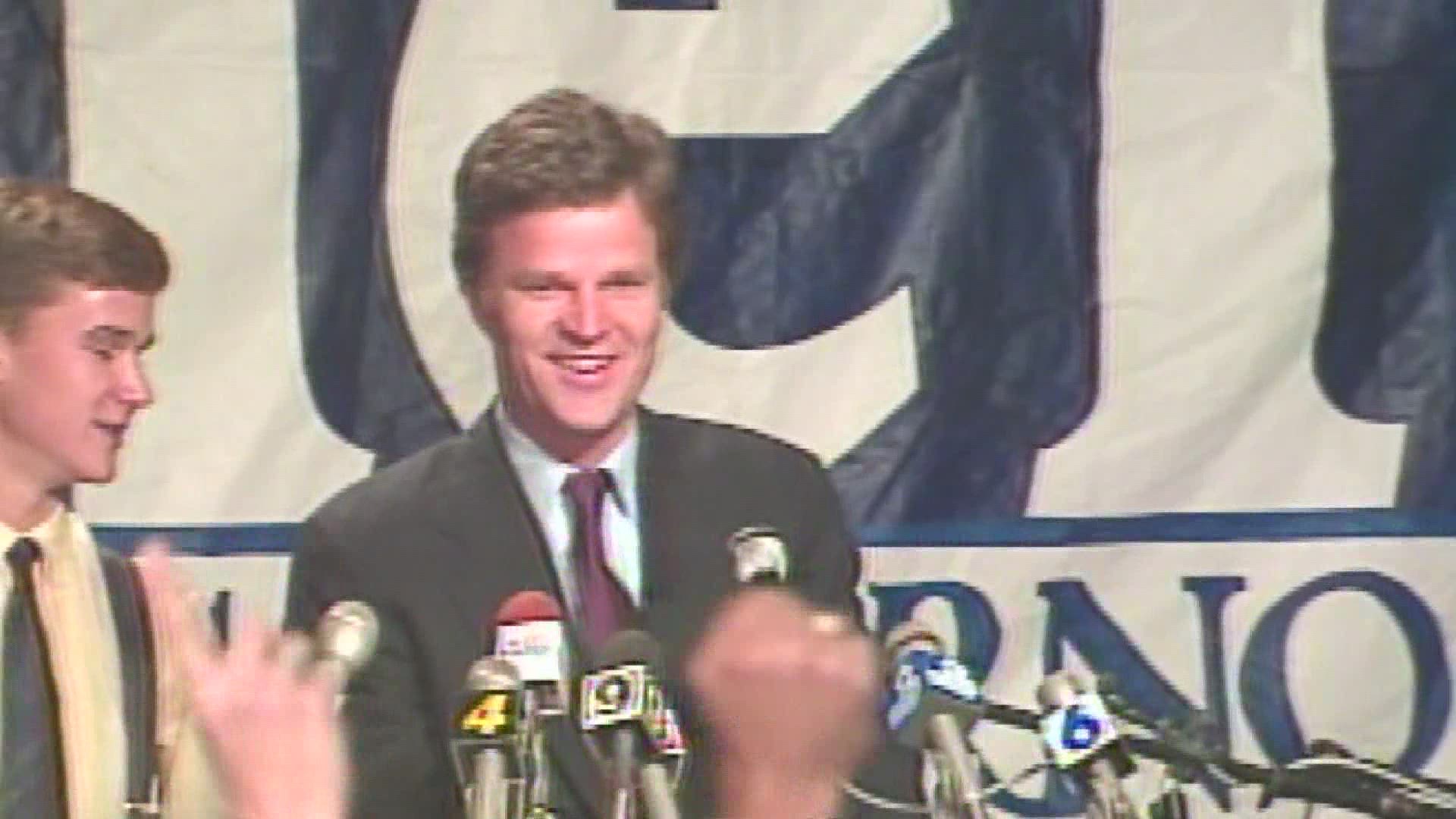 Roemer's family said he had been in failing health and died of complications from diabates.

Roemer, who served as governor from 1988 to 1992, was elected as a Democrat but changed his affiliation to Republican in 1991 near the end of his term. He became the first governor in U.S. history to switch parties while in office.

"Buddy was our loving and supportive husband, father, grandfather, brother, uncle, mentor and friend," his family said in a statement. "His charismatic presence captured the attention of audiences within moments, a talent he put to work battling corruption and waste in government, drawing attention to opportunities to improve our educational system, and building support for those in need.

Buddy positively impacted all who crossed his path by generously sharing his knowledge, resources, and time, regardless of station in life. His authenticity gave everyone a feeling of friendship and encouragement.

We are saddened by his passing but find comfort in knowing he is eternally rejoicing in the presence of our heavenly Father. We also celebrate the life he lived and the legacy he leaves behind.”

Sen. John Kennedy, R-Louisiana, who worked in Roemer's administration, called him one of the most interesting people he had ever met.

"He was immeasurably talented. All he ever wanted to do was make Louisiana better, and he did. That meant making the right people mad, but he understood that. When I count my blessings, I count Buddy twice," Kennedy said in a statement. 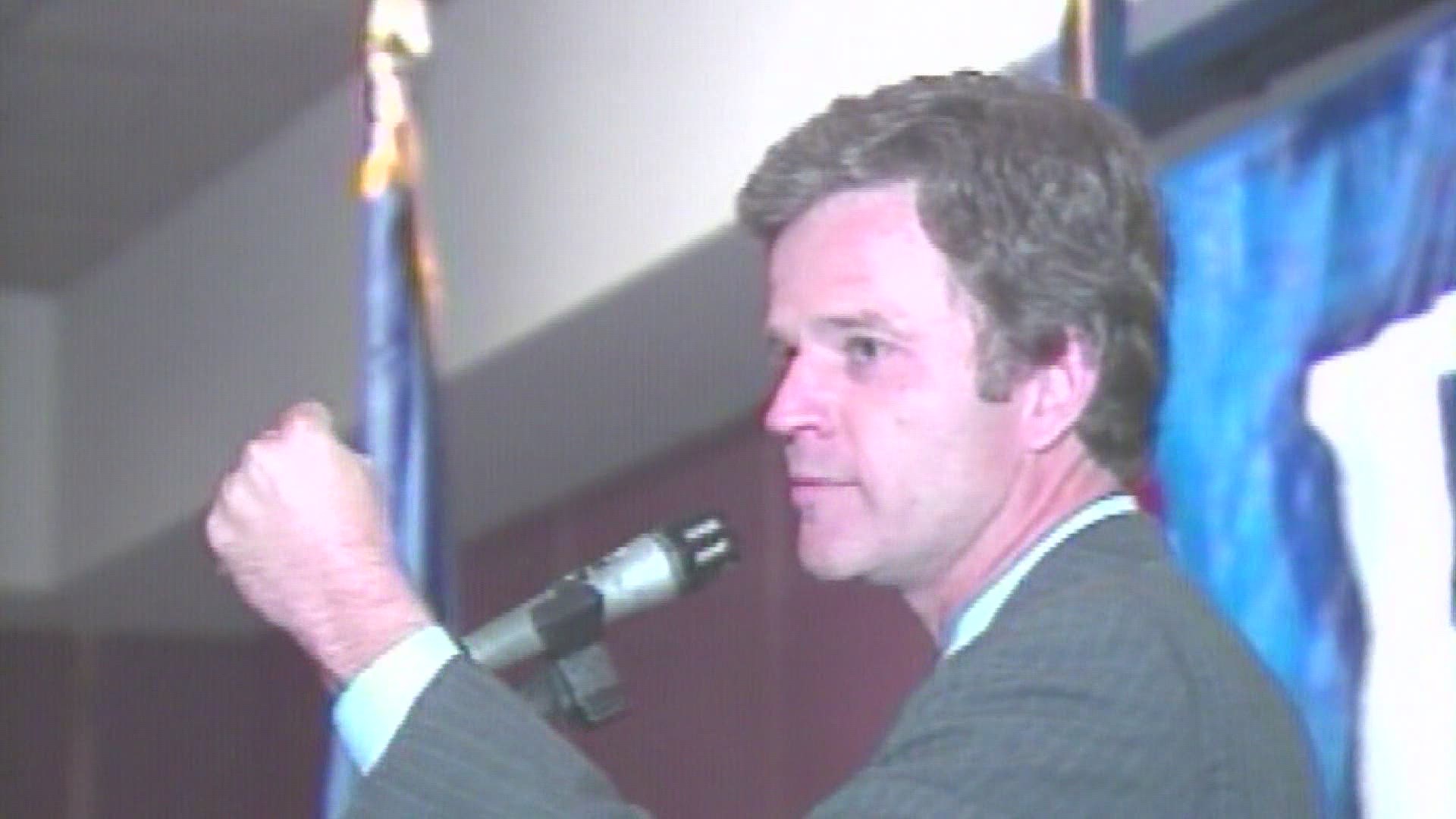 In addition to serving as governor, Roemer served as a member of the U.S. House of Representatives from 1981 to 1988, representing Louisiana’s fourth congressional district.

Despite his time in Washington, Roemer was still relatively unknown when he launched a campaign for governor in 1987. He ran as a political outsider who would end the era of Edwin Edwards corruption.

Roemer led in the primary with 33 percent to Edwin Edwards' 28 percent. Edwards withdrew from the runoff election, handing the office to Roemer.

Credit: AP
Former Louisiana Gov. Buddy Roemer talks with guests at a morning breakfast in Bedford, N.H., Wednesday, July 20, 2011. Roemer, a Republican who is expected to formally announce his presidential campaign on Thursday, said he moved to New Hampshire to spend the next months meeting with and listening to voters. (AP Photo/Charles Krupa)

Roemer entered Harvard University at age 16 and after graduation returned home to establish a data-processing company and two banks. He then won election to the U.S. House in 1980 as a conservative Democrat.

He ran for governor in 1987, promising a "Roemer revolution." According to the Times-Picayune, he quickly won legislative approval to raise teacher pay, enact a teacher evaluation program and establish strict limits on how much big donors could give to political candidates.

As governor, he tussled with the state legislature over the state budget and was known for his eccentricities, including taking his gubernatorial staff on a retreat to explore their inner selves. According to a Louisiana Endowment for the Humanities profile, whenever they had a negative feeling, they were supposed to think “cancel, cancel” and snap a rubber band worn on the wrist to get rid of the thought. He once delivered a speech inviting legislators to “hold hands, laugh, and share dreams.”

When it came to the state budget, Roemer pursued the legalization of gambling and the state lottery, riverboat gambling, and video poker were all legalized during his term.

Among Roemer's accomplishments was the elimination of shell dredging in Lake Pontchartrain, a move widely seen as improving the lake's water quality. His Department of Environmental Quality also cracked down on oil and gas polluters — a first in state history, according to The Times-Picayune.

“Buddy’s election as governor signaled a turning point in Louisiana’s history. He loved Louisiana, contributing to it through the public and private sector. He leaves a great legacy. My condolences to his family," said U.S. Sen. Bill Cassidy in a statement.

"I am especially grateful for the balanced, pragmatic approach he took as governor during a turbulent time for our state’s budget. I hope that we will all carry on his legacy by espousing his positive, passionate approach to public service," Edwards said.

After a challenging term as governor in the late 1980s, Roemer came in third in his 1991 re-election campaign, behind Edwin Edwards and David Duke, who would run in the notorious "race from hell," as the campaign was known. Edwards would be re-elected.

Roemer ran again in 1995 for governor and lost in the primaries. He returned to business, then announced his interest in the 2012 presidential elections.

After his exclusion from every nationally televised Republican debate, Roemer pursued a place on a third-party ticket, but found little success in that route.