It's being called one of the worst, if not the worst swarm of bugs on the Causeway. 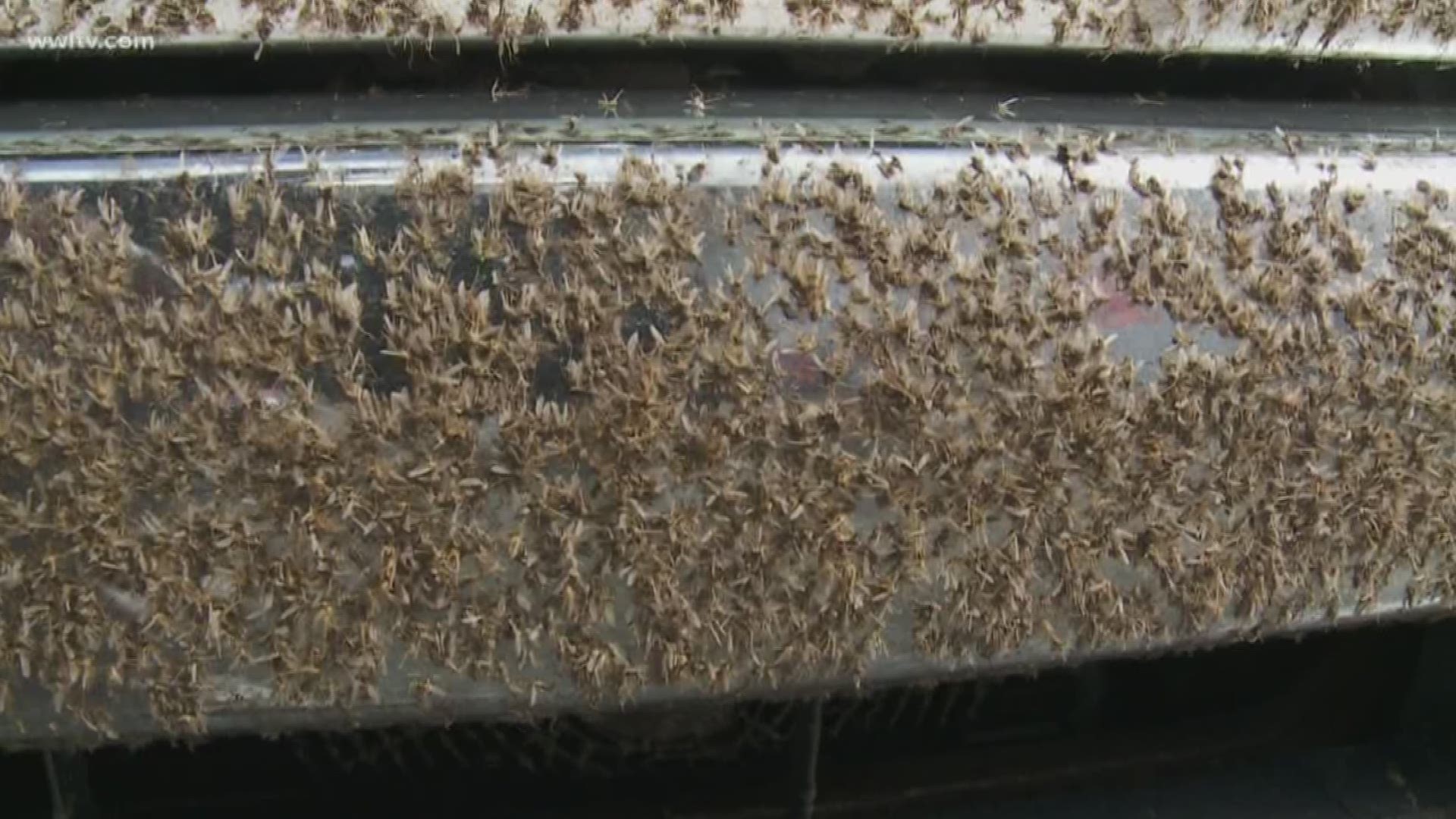 METAIRIE, La. — It's being called one of the worst, if not the worst swarm of bugs on the Causeway. Saturday night, drivers had to put their wipers on not because of rain, but because they couldn't see through all the bugs.

"I was like 'is it raining?' The bugs were out of control," said Sadie Bellas, who spent Sunday evening getting her car washed. "I've never seen it this bad."

Bellas said she's never seen a swarm so bad, and neither has Causeway manager Carlton Dufrechou who said he believes Saturday may have been the worst bug swarm in the Causeway's history.

Causeway signs even warned drivers that if they didn't have wiper fluid, police would give them water to wash them away.

"Your whole windshield was covered within a duration of three minutes with bugs, the entire windshield," Bellas said.

"Every third or fourth car, it will just be covered," said Assistant Manager at Pelican Pointe, Mason Sims. "This is the worst I've ever seen it."

Most guessed they were mosquitoes or termites, but the smelly pests are actually non-biting, small flies known as midges, according to Entomologist Joe Martin. They're the same bugs that have been taking over porches and walls in New Orleans East. Martin tells us the swarm has to do with the water conditions from the spillway opening.

Sims advised drivers wash their car within 24 to 48 hours to avoid damage to the car's paint.

"Anytime after that, the sun is going to bake them in. It will be hard to get them off," Sims said.

A car wash is your best bet, but you can also use a magic eraser, yellow bug brick, or even a dryer sheet to scrub them off.

Because of the spillway opening, it is possible to see swarms like this again. If you are driving over the Causeway, you can prepare by filling up on wiper fluid.