Cab companies: City regulations will force us to close 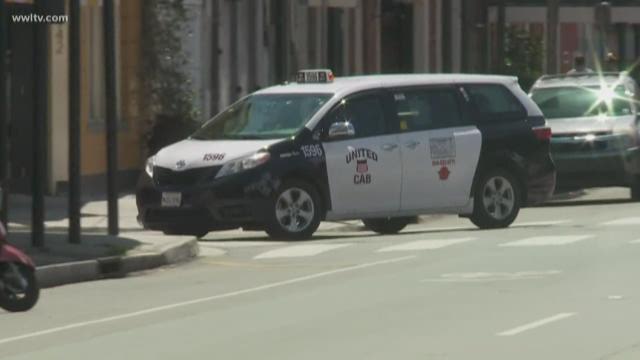 A number of cab companies in New Orleans are out of business.

That just happened in the last couple of years, and now the one remaining is taking its plea for help to city hall.

United Cabs says it's the only radio dispatch cab company left in the city. Along with business, hotels, students and hospitals, the majority of their riders are the elderly and lower income community.

But without change, the president of the company says, it will close.

Syed Kazmi, the President of United Cabs, is asking each New Orleans City Council member for an urgent meeting. He says it's a matter of the company's survival.

"This is icon for last 80 years. You know, United was here after second world war, serving the people. They were here for Katrina," Kazmi recounts.

He says rideshare companies like Uber and Lyft have chipped away at 70 percent of the taxi business. And the city ordinances and regulations on cabs could close the other 30 percent. The main obstacle is not allowing cars older than nine years old, even though they would have to pass a thorough, 35-point inspection.

"So once they approve the good car to go, why the car have to be replaced? Just because the age or the year?"

In the last two years, Kazmi's five cab companies have closed. More than 600 taxis are gone. United has gone from a fleet of 450 to 300.

He's not the only one fighting against extinction. Attorney Madro Bandaries represents more than 40 cab drivers who are suing the city.

"The previous administration did not, in our opinion from what we're able to show, enforce the law the same way to the transportation network companies, that's your Uber, your Lyft, as they do for the taxi cab drivers," said Bandaries.

But he says he is getting "very good vibes" from the current mayor.

Eyewitness News talked to New Orleans Council member Jay Banks who is clear and direct. While he wants ridesharing in the city and safety regulations, he thinks the scales should be balanced.

"It is unfortunate and unfair. I don't care what you call it, Uber, Lyft or taxi ride, it is the same service and they ought to be regulated by the same rules and it is patently unfair to those cab drivers," said Councilman Banks of District B.

United Cabs says it does have an app like a ride share company, but because of city regulations, it can't have the automatic credit card deduction.

Meg Farris can be reached at wwltv.com.